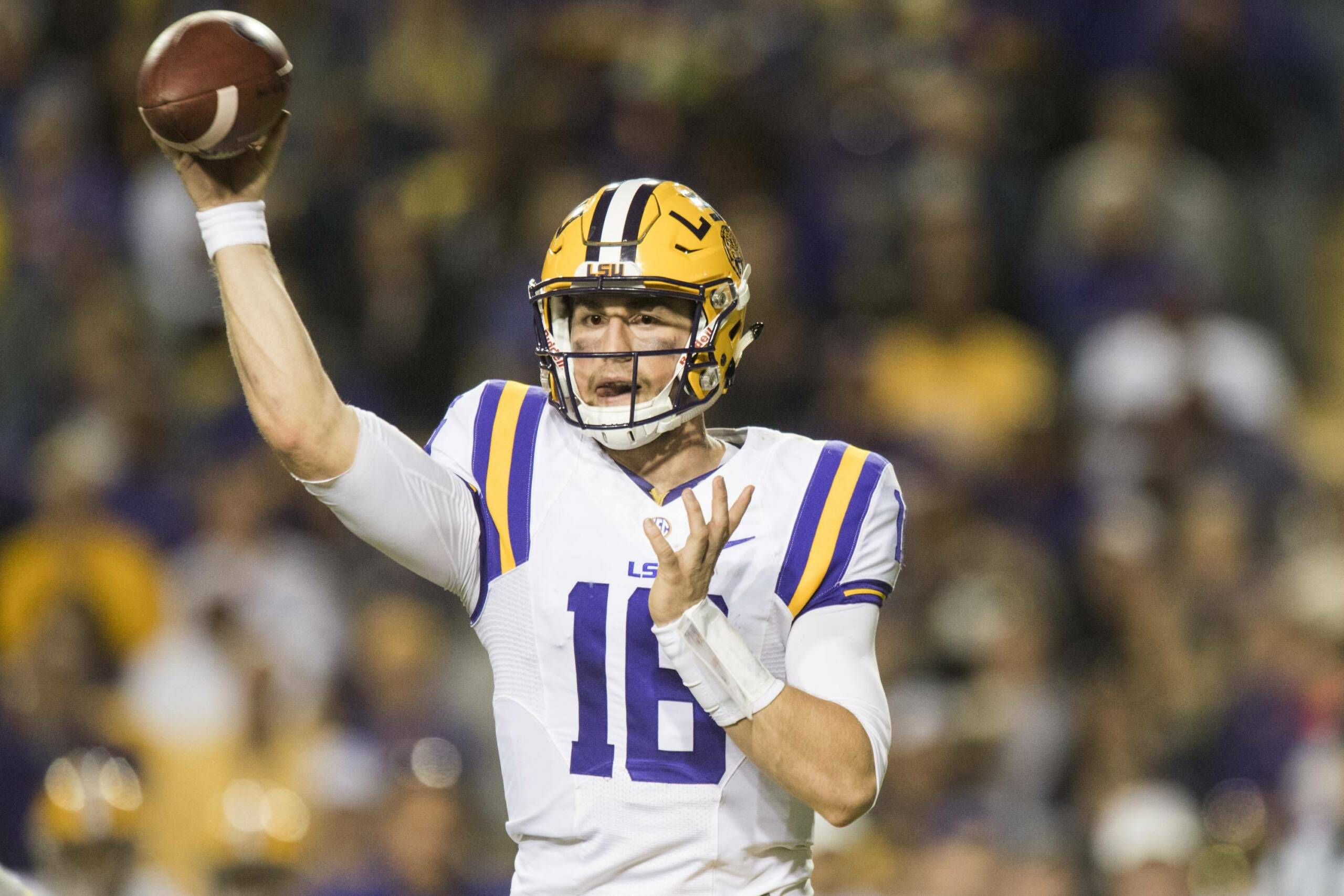 Recognizing the accomplishments of student-athletes both on the field and in the classroom, the duo were first team selections with Etling being the District 6 quarterback and Moore slotting in as the district’s tight end.

Etling is currently 4-1 for the Tigers, coming off the bench to lead LSU to a win over Jacksonville State in week 2. Etling, a transfer from Purdue, has started five straight games for the Tigers earning wins over JSU, Missouri, Southern Miss and Ole Miss. He’s completing 60 percent of his passes for 1,129 yards and seven touchdowns, throwing for 200-plus yards in four games.

Recently named as a finalist for the Burlsworth Award, which is given to the most outstanding player in the country that started his collegiate career as a walk-on, Moore has played in 21 games in his LSU career, earning six starts during that time as he’s served as an integral part of LSU’s powerful run game. He’s been a valuable asset to an LSU ground game that is ranked in the top 20 nationally averaging over 230 yards per game, paced by running backs Leonard Fournette, Derrius Guice and Darrel Williams.

Majoring in mass communications with a concentration in public relations, Etling currently sports a 3.74 grade point average, while Moore has a 3.99 GPA majoring in architecture.