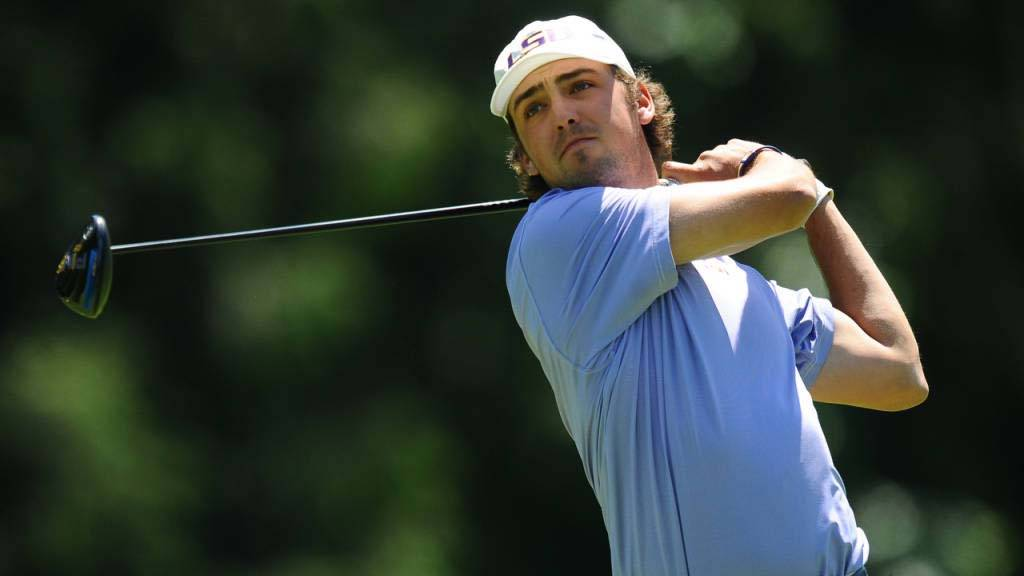 BATON ROUGE – The No. 3-ranked LSU Men’s Golf team will wrap up its 2016 fall season with a trip to the islands this weekend while teeing it up at the Ka’anapali Collegiate Classic beginning Friday at the Royal Course at Ka’anapali Golf Club in Lahaina, Maui, Hawaii. Each of the three rounds will begin with a 1:30 p.m. CT shotgun start.

The three-day, 54-hole championship begins with Friday’s first round and runs through Sunday’s final round as the Royal Ka’anapali Course will play to a par 71 and 6,700 yards throughout the weekend.

Golfstat will provide live scoring of the tournament as fans can follow the Tigers in action by going online to http://golfstat.com. Fans can also receive live updates and behind-the-scenes coverage of the Tigers teeing it up in Hawaii this weekend by following @LSUMensGolf on Twitter at http://twitter.com/lsumensgolf and @lsumensgolfteam on Instagram at http://instagram.com/lsumensgolfteam.

LSU In The Rankings

The Tigers arrive at the Ka’anapali Collegiate Classic ranked as high as No. 3 nationally in the latest Golfweek/Sagarin Performance Index released Sunday on the strength of their two tournament victories this fall at the Maui Jim Intercollegiate in September and David Toms Intercollegiate in October.

LSU is among 24 programs from across the country ready to compete at the Royal Ka’anapali Course this weekend, and the top-ranked team in the field in this week’s Golfweek/Sagarin Performance Index. Joining the Tigers are two other top-25 teams in No. 11 Oklahoma and No. 15 Georgia and five other top-50 teams in No. 27 Clemson, No. 35 North Florida, No. 36 Kansas, No. 39 South Carolina and No. 50 UNC-Wilmington.

Groups will play in foursomes in each round of the tournament this weekend as the Tigers are paired with Hawaii, Bowling Green and Kansas on Friday and will tee off from holes Nos. 1-3 beginning at 1:30 p.m. CT.

The Oklahoma Sooners are the defending Ka’anapali Collegiate Classic Champions after winning last year’s team title by 12 shots over Georgia with a score of 15-under par 837. The Bulldogs were the only other team in the field to break par for 54 holes at 3-under 849 to finish second to Oklahoma in the final team standings.

Georgia’s Zach Healy turned the tables in the individual race as he outlasted Oklahoma’s Brad Dalke by one shot to claim medalist honors in 2015 with a winning total of 8-under par 205. Ball State’s Johnny Watts ended up third overall with a final score of 6-under 207 to finish two shots off the pace.

Head coach Chuck Winstead has elected to play the same starting lineup for the fourth-straight championship as seniors Brandon Pierce and Eric Ricard will be joined in LSU’s fall finale at the Ka’anapali Collegiate Classic by sophomores Sam Burns, Luis Gagne and Nathan Jeansonne. Pierce, Ricard, Burns and Gagne are each making their fifth appearance of the fall, while Jeansonne makes his fourth start.

Burns has carried his All-America form from his freshman season into his sophomore campaign as he has finished among the Top 10 of the leaderboard in each of his four previous starts for the Tigers this fall.

Burns, who is the nation’s No. 7-ranked player this season in this week’s Golfstat individual power rankings, is the team’s leading scorer with a 70.08 scoring average in his 12 competitive rounds played thus far. He tied for ninth place in his last outing at the Golf Club of Georgia Collegiate two weeks ago, following a tie for sixth at the Carpet Capital Collegiate Classic, an eighth-place finish at the Maui Jim Intercollegiate and a tie for first place at the David Toms Intercollegiate also this fall.

Gagne is ranked as high as the No. 13-ranked player nationally this fall by Golfweek as he tees off in Hawaii with the second-best scoring average on the team at 70.42 strokes per round. Pierce, who ranks No. 73 in the latest Golfweek individual rankings, owns a 71.75 stroke average in his four previous starts, followed by Ricard with a 72.08 scoring average and Jeansonne with a 72.44 scoring average.

This weekend marks the final tournament appearance for the Tigers during the 2016 fall season as they will break for winter before returning to action in defense of their team title at The Prestige at PGA West running Feb. 20-22 at PGA West in La Quinta, California. LSU’s early spring schedule also features appearances at the Louisiana Classics on Feb. 27-28 and General Hackler Championship on March 11-12.