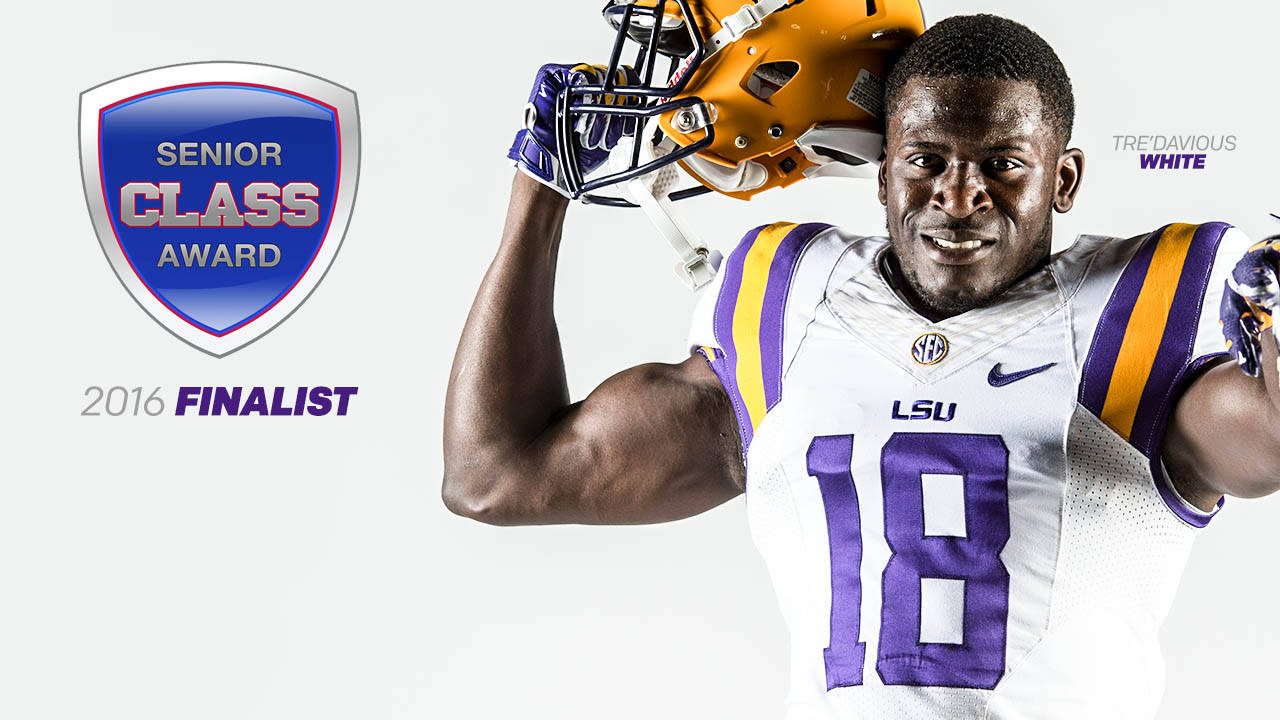 OVERLAND PARK, Kan. – LSU senior cornerback Tre’Davious White was announced as one of ten finalists from FBS institutions in the running for the 2016 Senior CLASS Award the organization announced on Thursday.

White, one of 30 initial student-athletes to make the candidate list back in October, now makes it to the portion of voting that is also opened up to fans to help select the winner at seniorCLASSaward.com. He is also one of four players to make the cut from the Southeastern Conference.

The Shreveport, Louisiana, native majoring in sport administration has been a lock in the LSU defense since his career began in 2013, starting 42 of 44 games since that season. White has six interceptions and three punt return touchdowns in his career, as he earned SEC Co-Special Teams Player of the Week for moving into a tie for second place in the category, while becoming the first non-offensive player to score touchdowns in the first two games of the season in LSU history.

For the last two seasons, White has also donned the iconic No. 18 jersey which is given to an LSU player before the start of the season that exemplifies success both on and off the field. White is only the third player since the tradition started in 2003 to wear it multiple seasons, as he has been named All-SEC, All-SEC Freshman Team and to the SEC Academic Honor Roll.

An acronym for Celebrating Loyalty and Achievement for Staying in School®, the Senior CLASS Award focuses on the total student-athlete and encourages students to use their platform in athletics to make a positive impact as leaders in their communities.

The finalists were chosen by a selection committee from the list of 30 candidates announced in September. Nationwide fan voting begins immediately to help select the winner, and fans are encouraged to vote on the Senior CLASS Award website through December 12. Fan votes will be combined with media and Division I head coaches’ votes to determine the winner. The Senior CLASS Award winner will be announced during the football bowl season in early January.