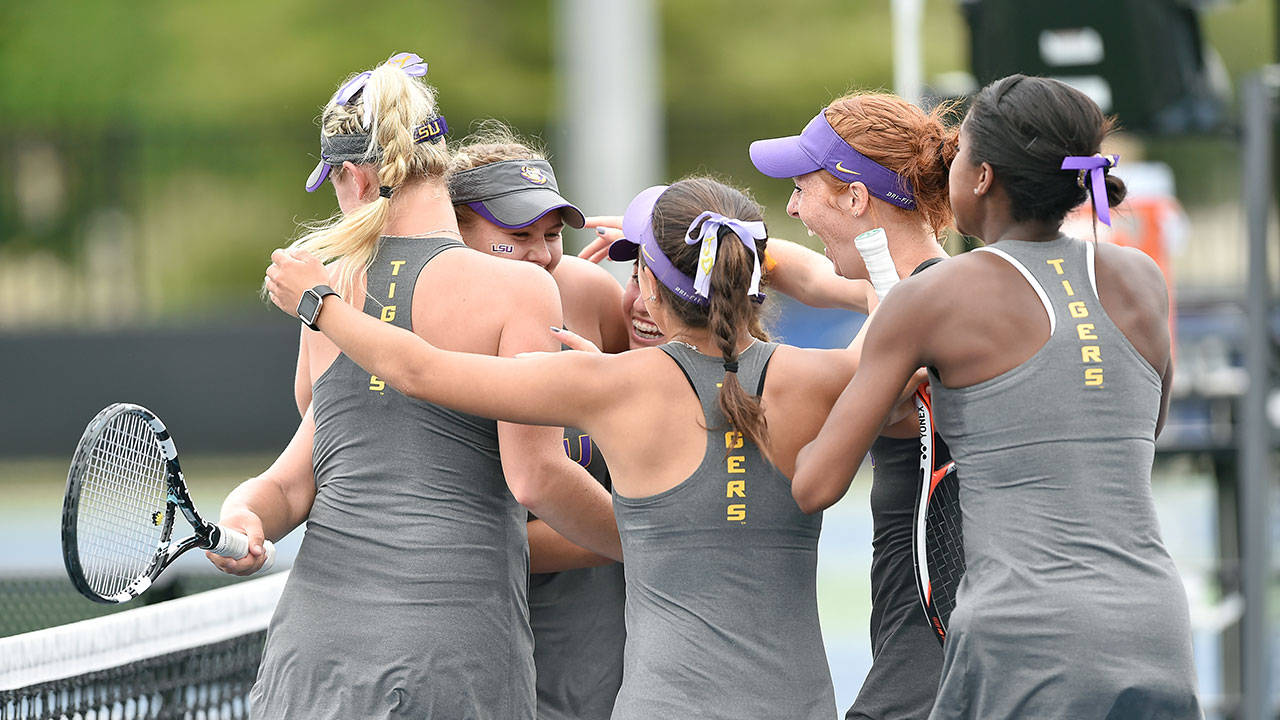 Under the direction of co-head coaches Julia and Michael Sell, LSU’s women’s tennis is proving to be a force to be reckoned with. Since the Sells took over in Baton Rouge, the program has climbed the charts in the rankings with the highest spot in school history, and LSU has reached the 20-win mark for the third time.

The team has advanced as far as the second round of the NCAA tournament, an achievement only accomplished five times before this new generation of Lady Tigers. In addition, LSU’s women’s tennis team finished the 2015-16 season at No. 18 in the nation, advancing more than 40 places in the rankings since the Sells’ era began.

Julia Sell admits the challenge of reshaping a culture of excellence was not easy, calling the first few years a “grind,” but it was a task she did not shy away from.

“I’ve always had the mentality that you just keep working hard and if you build it, then they will come,” Julia Sell said. “If the players coming in were better than the players going out, then our team was always improving. I focused on making every single one of my players the best they can be. I knew the program would just keep climbing.”

“The team has developed exponentially in the past few years as far as the quality of the players from a performance standpoint, but also this team has grown a lot closer over the last couple of years,” Michael Sell said. “The chemistry has been tighter, and the girls are having a lot more fun and working hard together.”

The fruits of their labor are not only evident in the staggering statistics recorded on the court, but are also felt in the locker room. Senior and two-time first team All-SEC member Joana Valle Costa has noticed the change in the program.

“I think we all get along really well, and that has been helping in practice and is going to help us in season for sure. Chemistry is one of the most important parts,” Valle Costa said.

“Hands-down this year is my most favorite team I’ve ever coached at LSU and any other place,” Julia Sell said. “Everyone just comes to practice with a really positive vibe. They’re always happy and smiling, and they work hard. Practices have been shorter, more fun. We’ve seen so much more improvement and at a faster rate. We have a great attitude and great work ethic.”

With a new world-class facility, it is no wonder the team is being so productive and having so much fun. The LSU tennis complex is complete with 12 outdoor courts, six indoor courts, a first-rate weight room and training facility, and an exquisite locker room.

Having been in the facility for a full year, the team has already noticed a difference in its play. Julia Sell pointed out the competitive advantage as the biggest difference the new facility has provided. Besides the improvements on the court, one of the finest tennis facilities in the country enabled the Sells to haul in the top recruiting class in the country for 2016.

“We compete a lot indoors. We used to be really horrible on the road when we played indoors and now that we have these courts, it’s a level playing field,” Julia Sell said.

With fall play winding down, the team plans to focus on its fitness gains in anticipation for the spring, where they will continue their ascent up the women’s collegiate tennis ladder.

“We’re not done yet. We want to win championships,” Julia Sell said. “Until we get to that goal, we’re just going to keep trying to improve every day.”