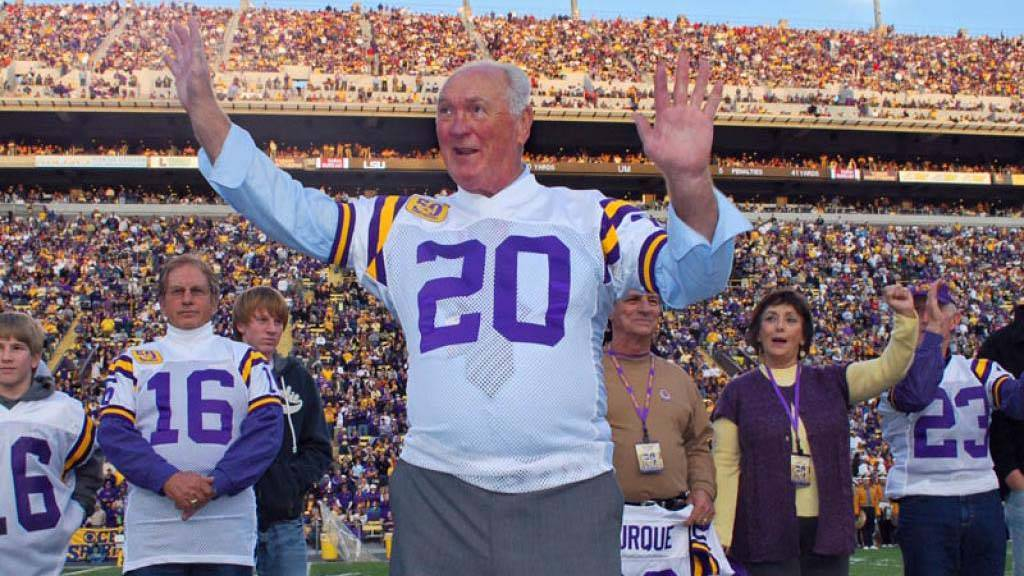 BATON ROUGE – LSU’s 1959 Heisman Trophy winner Billy Cannon and former running back Joseph Addai are set to join ESPN’s Neil Everett on the LSU Parade Grounds on Saturday afternoon for the latest stop on the Nissan Heisman House Tour before the 13th-ranked Tigers take on No. 1 Alabama in Tiger Stadium at 7 p.m. CT.

Cannon, whose Halloween Night punt return against Ole Miss during his Heisman Trophy-winning season ranks among the most defining moments in college football history, is set to appear with Everett in a Chalk Talk session from 2:30-3 p.m. followed by an autograph session from 3-4 p.m.

Addai will take part in a Chalk Talk session of his own from 4:30-5 p.m. followed by an autograph session ahead of kickoff from 5-6 p.m. Addai helped the Tigers win an SEC title and BCS National Championship in 2003 to highlight his collegiate career before winning Super Bowl XLI as a member of the Indianapolis Colts.

Nissan and ESPN are inviting fans throughout the 2016 season to “Get to know the Heisman Trophy Winners” during a pre-game experience that celebrates college football’s most outstanding players.

The Nissan Heisman House Tour is making stops at 11 marquee matchups this season, including its ultimate destination of Tampa for the College Football Playoff National Championship. Admission to the tour is free.

Fans will have the opportunity take pictures with the Heisman Trophy, as well as participate in autograph sessions and photo opportunities with former college football greats. They can also win prizes by participating in interactive games and cast their vote in Nissan’s official ballot for the winner of this season’s Heisman Trophy.

The interactive experience also allows fans to take a peek inside the “Tiny House,” a miniature replica of the house featured in the Nissan Heisman House commercials, as well as virtually “paint” their game face in their favorite team’s official colors with the Diehard Fan app. Tiger fans can also register for Heisman House credentials, which allows them to check in and share their experience via social media.