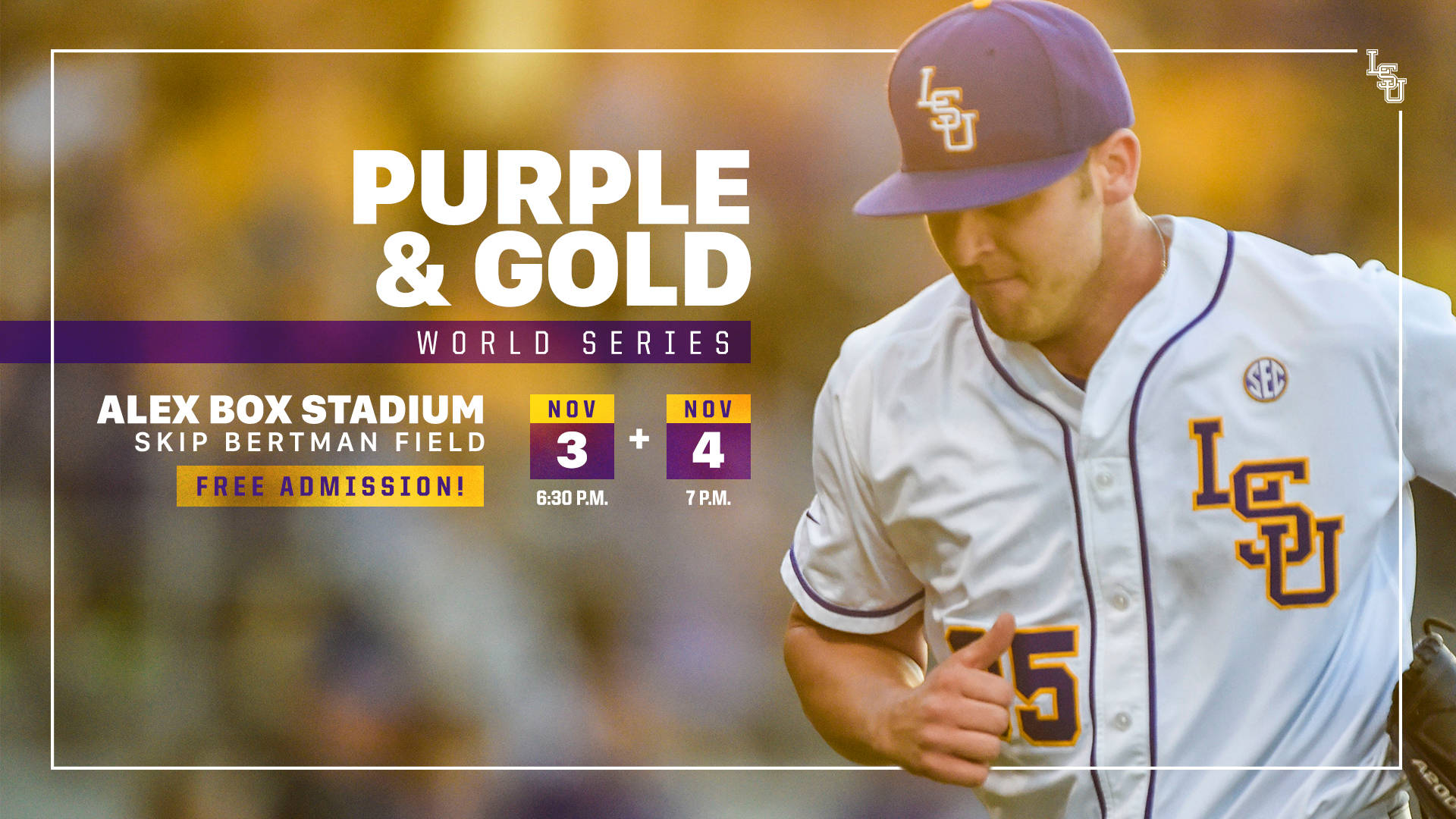 Game 2 is set for 7 p.m. CT on Friday. Both games will be seven innings, and they are open to the public with free admission.

The LSU players will conduct a free autograph session for all fans in attendance after the game on Friday.

“The Purple-Gold World Series is a very competitive event that our team really embraces,” said 11th-year LSU coach Paul Mainieri, who has directed the Tigers to five straight NCAA Tournament National Seeds. “These games give the players the chance to experience what a night at ‘The Box’ will be like during the season, and we invite everyone to come out and get an early look at the 2017 Tigers.

“We’re also looking forward to meeting with the fans for the autograph session after the game on Friday. Our players are very appreciative of the impact our fans have upon the LSU program.”

The event features former LSU players serving as guest coaches. Christian Ibarra (third baseman, 2013-14) will manage the Purple squad, and he will be assisted by Kevin Gausman (pitcher, 2011-12) and Chris Chinea (catcher/infielder, 2013-15).

The Purple team will start senior left-hander Jared Poche’ on the mound in Game 1 on Thursday, while the Gold will counter with junior right-hander Alex Lange.

Pitch count limits will be in effect as the LSU pitchers continue their development in preparation for the 2017 season, which begins on Friday, February 17, when the Tigers play host to Air Force in Alex Box Stadium, Skip Bertman Field.