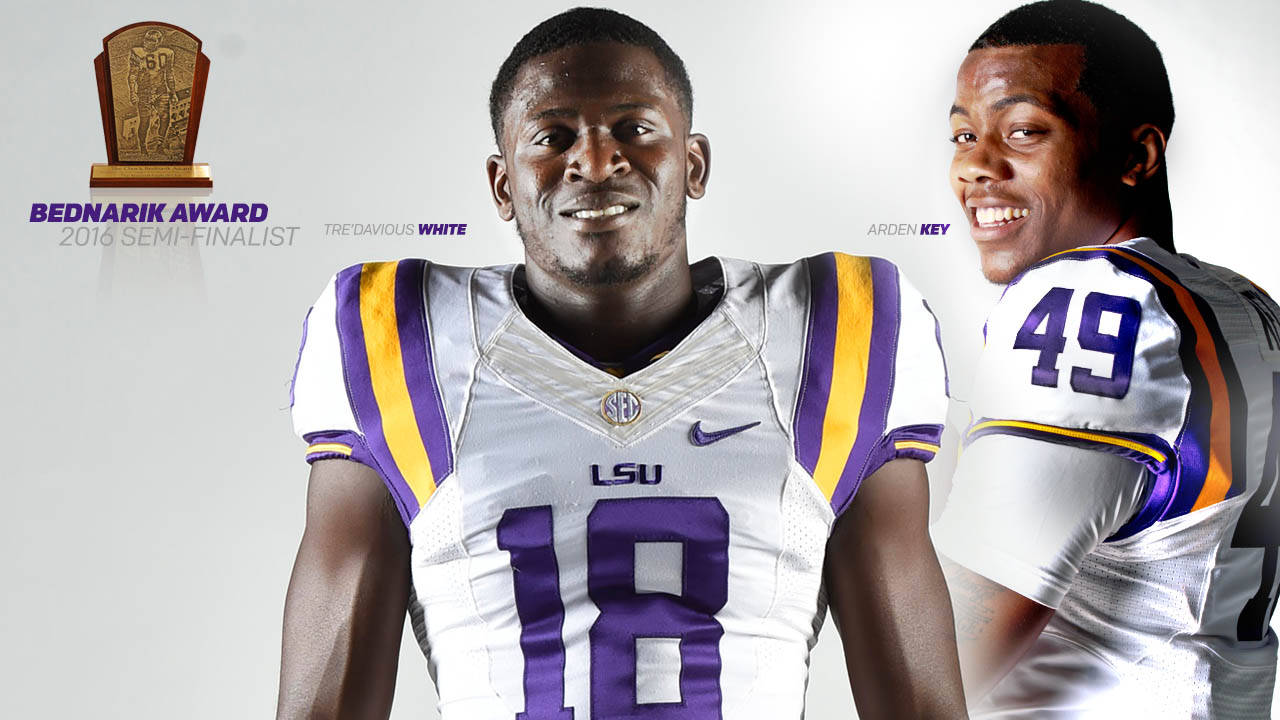 BATON ROUGE, La. – LSU sophomore linebacker Arden Key and senior cornerback Tre’Davious White have been named semi-finalists for the 2016 Bednarik Award the Maxwell Football Club announced, as LSU was one of three schools to have two make the cut nationally.

White, who was named a Thorpe Award semi-finalist, makes the cut for another award, while Key was just added as an addition to the watch list a week before that before ending up as one of two Tigers on the list and 18 total players from across the country.

Starting all seven games for LSU, White has 23 tackles on the season, tying for the team lead in interceptions with two. One of those interceptions he returned for a touchdown against Wisconsin at Lambeau Field in Green Bay. The next week he returned a punt for a touchdown against Jacksonville State to pull within one of the school record in scoring for the third time in his career.

Along with the Thorpe, White has also been named a candidate for the Senior CLASS Award, as to be eligible for the award, a student-athlete must be classified as an NCAA Division I FBS senior and have notable achievements in four areas of excellence: community, classroom, character and competition.

Key is second the SEC and ranks No. 1 in the nation in sacks per game with 8.0 and 1.14 respectively. Key has registered at least a .5 sack in six of seven games this year as he is now in the top 10 in the single-season category at LSU all-time, four away from Oliver Lawrence’s record of 12 set back in 1989. His 9.0 tackles for loss ranks ninth in the SEC. Key also leads the SEC and ranks ninth in the nation in fumbles forced with three. Key is averaging 1.14 sacks per game which is tops nationally, while .43 forced fumbles per game is ninth and his 1.3 tackles for loss is 36th.

Voting for the award will begin on Tuesday, November 1st and will close on November 21st. Three finalists for the award will be announced on November 22, 2016 and a second round of voting will take place at that time. Eligible voters include Maxwell Football Club members, NCAA head football coaches, sports information directors and selected national media. All semifinalists are listed in alphabetical order with the player’s school, position and class designated.