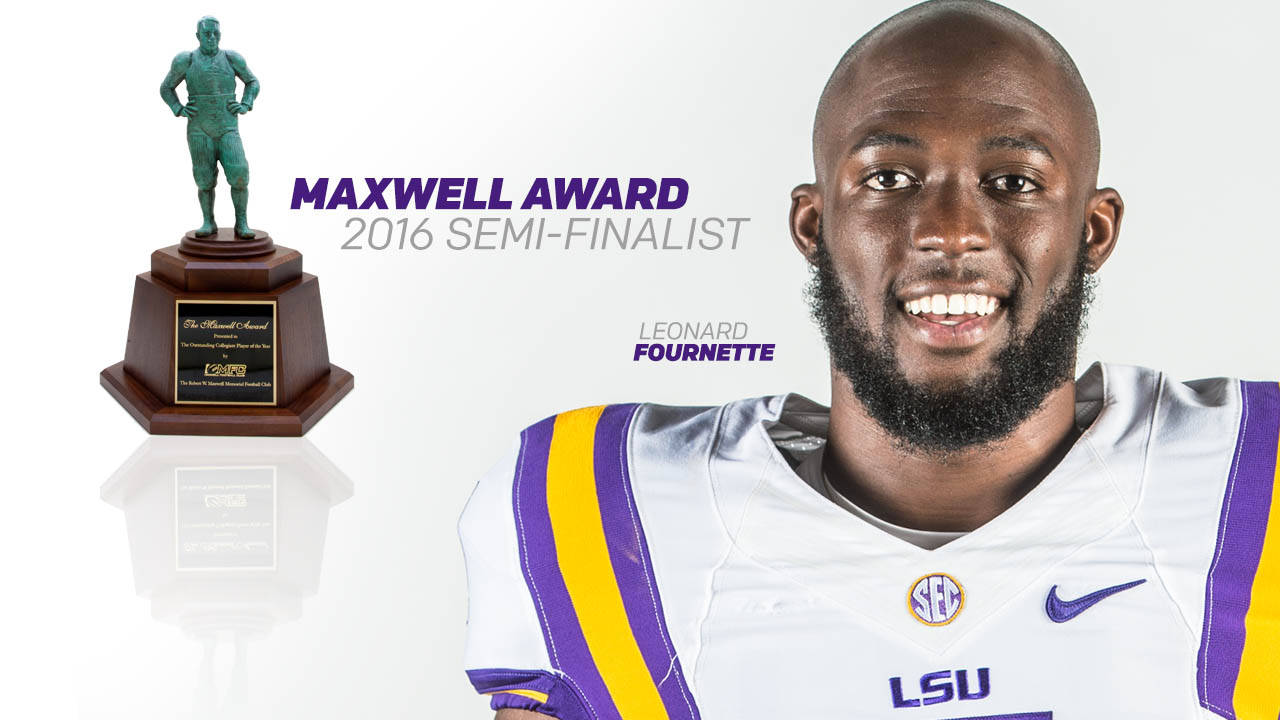 BATON ROUGE, La. – LSU junior running back Leonard Fournette was named a semi-finalist for the 2016 Maxwell Award the Maxwell Football Club announced, which is given to college football’s top player.

Fournette is one of four players from the Southeastern Conference to make the cut of 18 semi-finalists, while one of three players who were semi-finalists last season. The list features Fournette as one of five running backs to go along with eight quarterbacks, a wide receiver, athlete and a defensive player.

The New Orleans, native currently leads LSU in rushing with 683 total yards on the ground, averaging 167.5 yards per game and 8.1 yards per carry in just four games of action. Fournette has five touchdowns on the year which is second among the team’s running back core, while catching 12 passes for 94 yards.

After missing two consecutive games Fournette made his return against Ole Miss and rushed for an LSU single-game record 284 yards and three touchdowns against the Rebels, giving him the career record for most 200-yard rushing games with five, as the Tigers moved to 15-4 all-time when he rushes for over 100 yards.

Voting for the award will begin on Tuesday, November 1st and will close on November 21st. Three finalists for the award will be announced on November 22, 2016 and a second round of voting will take place at that time. Eligible voters include Maxwell Football Club members, NCAA head football coaches, sports information directors and selected national media. All semifinalists are listed in alphabetical order with the player’s school, position and class designated.