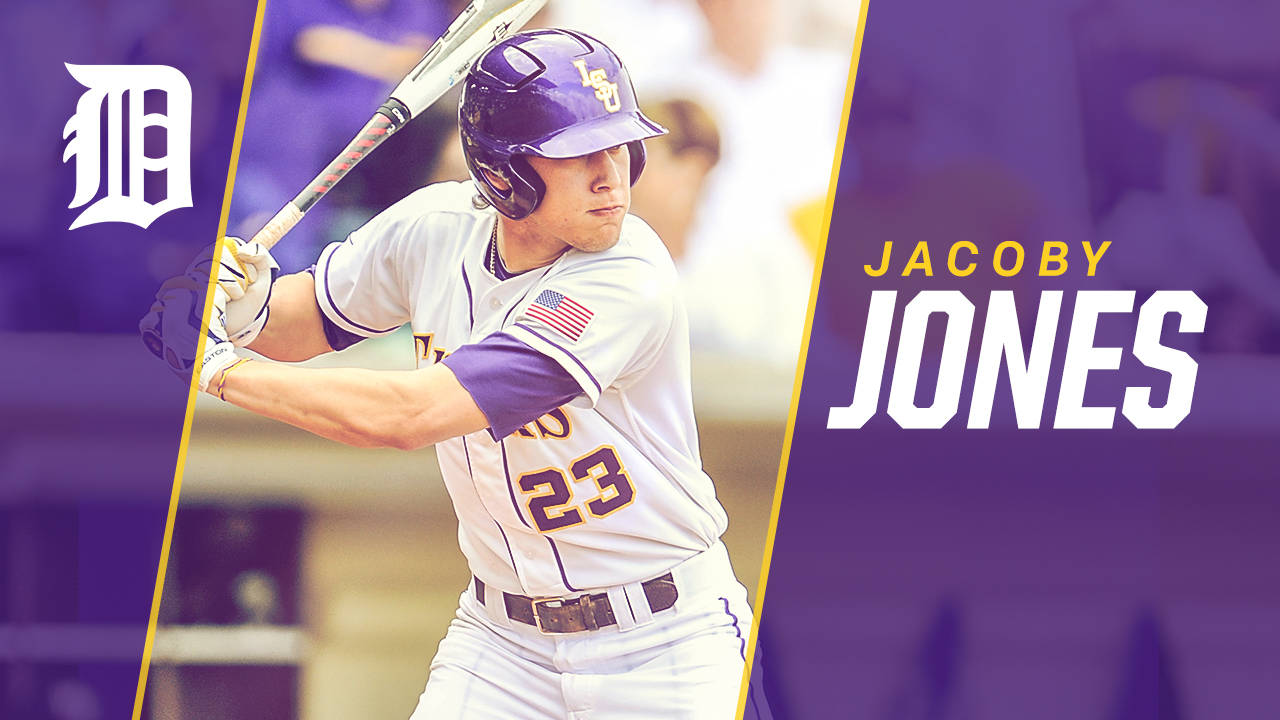 Jones, who will start at third base tonight for Detroit, becomes the 14th LSU player coached by Paul Mainieri to reach the big leagues. Another of those 14 former Tigers, pitcher Anthony Ranaudo, will face Jones tonight as the White Sox starting pitcher.

Jones, a native of Richton, Miss., played at LSU from 2011 through 2013, and he helped lead the Tigers to the 2012 SEC championship and an appearance in the 2013 College World Series.

Jones was the third-round selection of the Pittsburgh Pirates in the 2013 MLB Draft after a three-year LSU career in which earned All-SEC and Freshman All-America recognition. He was also selected as a high school senior in the 19th round of the 2010 draft by the Houston Astros, but he elected to enroll at LSU, where he developed into a top pro prospect.

Jones was 5-for-7 (.714) in two games in the 2013 NCAA Super Regional versus Oklahoma with one double, one triple, one homer, two RBI and four runs scored, as he led the Tigers to a College World Series berth.

LSU has had at least one former player make his MLB debut in 24 of the past 26 seasons. The Tigers have produced a total of 72 Major Leaguers during their illustrious baseball history.