Volleyball Bounces Back to Defeat UNCG 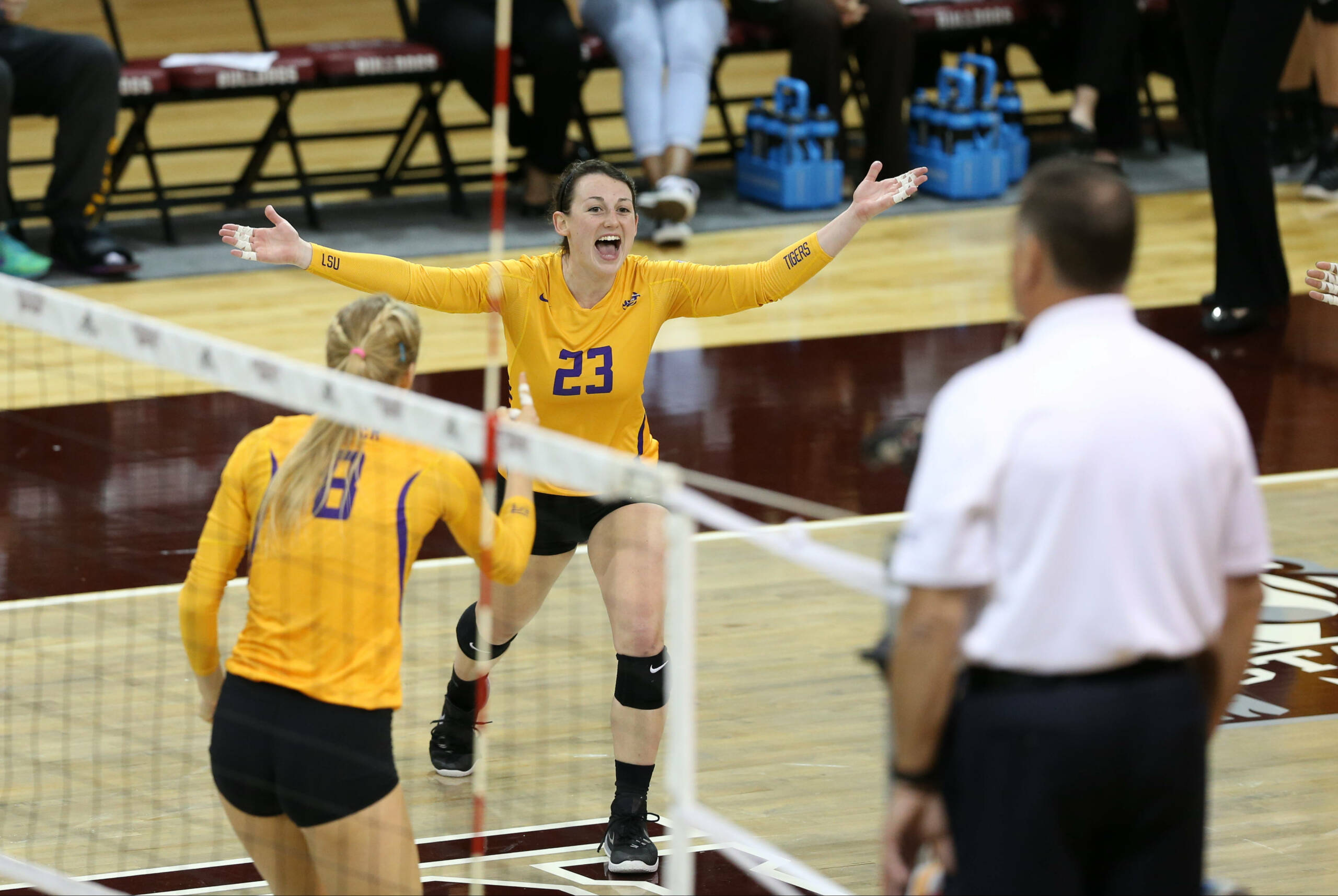 The Tigers improved to 2-0 at the Duke Invitational and to start the 2016 season.

Flory’s Thoughts
“This was a really good team for us to play in the non-conference season. They really made us earn points and make plays to win. I am proud of our effort.”

“Jariel (Tureaud) came off the bench and had a huge impact for us. It’s nice to see her begin to develop.”

Opening Set
LSU and UNCG played in a tight first with the teams hitting .200 and .195 respectively. With a 23-22 lead and coming out of a timeout, UNCG took the opening set with a kill and attacking error by the Tigers.

Second Set
LSU once again outhit UNCG with a .188-.118 advantage. After falling down 2-6 to start the second set, the Tigers inched their way back and eventually the lead at 17-16. The team never lost the lead as they went on an 8-4 run to close it out.

Third Set
LSU played an error-free third set and hit .389 to take control of the match and gain a 2-1 lead. The Tigers used kills by six different players to never relinquish the lead after an early 7-8 deficit.

Final Set
The team combined to hit a match-best .400 to close out the Tigers’ second win of the season. Junior Gina Tillis accounted for six digs and just missed double-digit kills in the set with nine. After the Spartans fought off a pair of match points, Tureaud closed out the match with a kill.

>> In her first appearance as a Tiger, freshman Jariel Tureaud hit .500 with 11 kills in three sets. She became the first player since 2014 to finish a match with a .500 hitting percentage.

>> Tillis led the squad with 22 kills and was second in digs with 16 for her second double-double in as many matches and the seventh of her career. The Texas native hit .404 for the match.

Who’s Next
LSU returns to action later this evening against the host Duke Blue Devils at 6:30 p.m. to conclude the opening weekend of play. The match will be streamed live on ESPN3.com. Admission to Cameron Indoor Stadium is free. Live stats can be found at LSUsports.net, with updates through the team’s Facebook and Twitter pages.