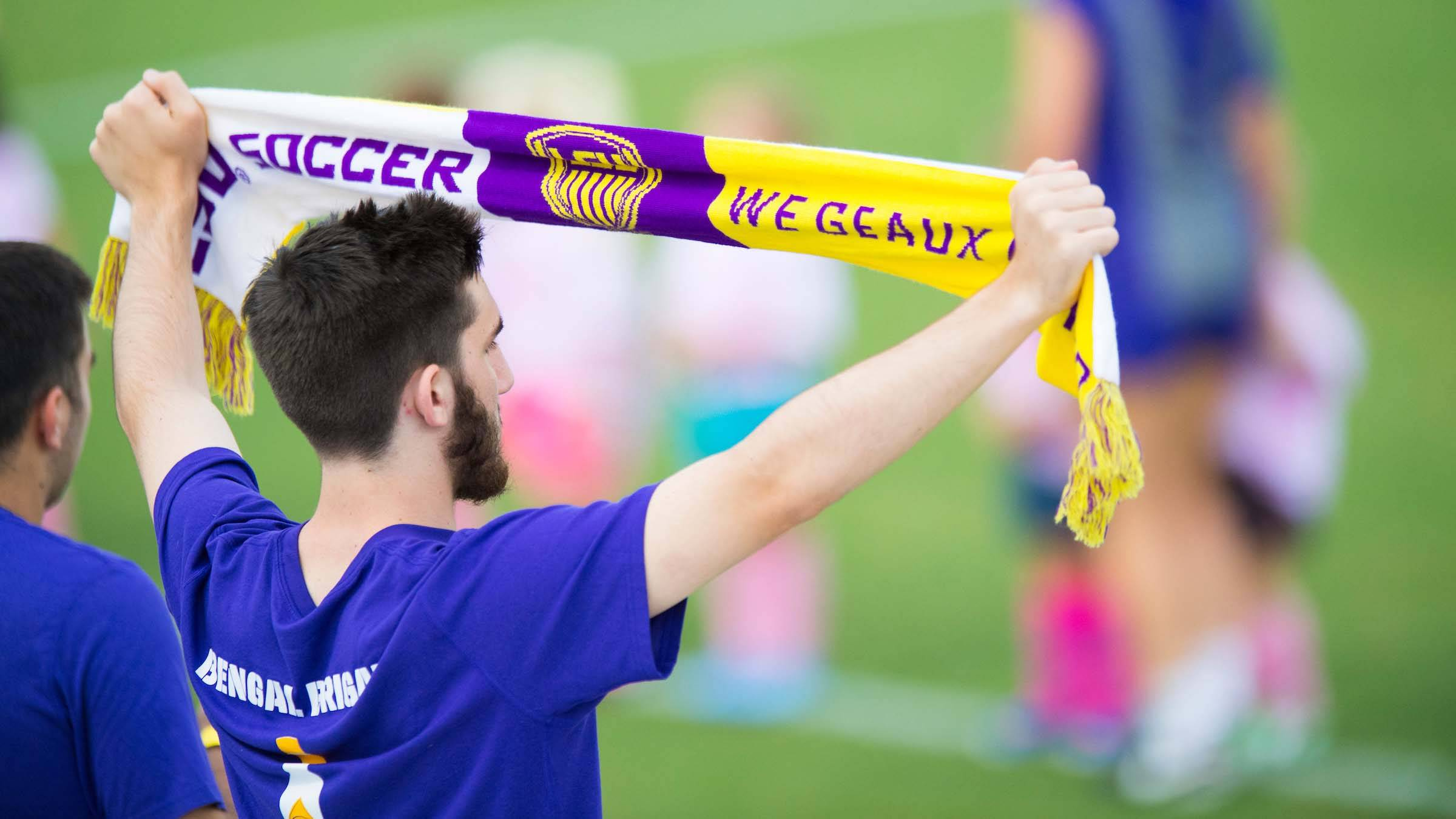 BATON ROUGE – With the 2016 regular season now in full swing, the Tigers look to get off the mark this season on their home field when they welcome the Colgate Raiders to Baton Rouge for a Sunday matinee that will kick off at Noon CT at the LSU Soccer Stadium. Admission is free for each of LSU’s home matches this season.

Fans are reminded to Geaux Clear to each of LSU’s home athletic events season by following the University’s newly-adopted clear bag policy with information available at http://LSUsports.net/geauxclear.

The first 500 fans attending Sunday’s match against Colgate will receive a free LSU Soccer Stadium Seat, courtesy of the LSU Marketing & Promotions Department. Those attending the match can also take advantage of the first Sunday Meal Deal of the season with $1 popcorn available at the concession stand.

The match also features the first Mike’s Kids Club event of the 2016-17 athletic season where kids will have the chance to take on Mike The Tiger at halftime in “Goals Against Mike.” All Mike’s Kids Club members must RSVP for the event as no walk ups will be allowed on match day. For more information on joining Mike’s Kids Club, please visit http://LSUsports.net/mikeskidsclub.

Fans who are unable to attend are invited to follow the action on social media as they can receive live updates for Sunday’s fixture by following @LSUSoccer on Twitter at http://twitter.com/lsusoccer and Instagram at http://instagram.com/lsusoccer and by liking the LSU Soccer page on Facebook at http://facebook.com/lsusoccer.

While Sunday’s match will be the inaugural meeting between LSU (1-2) and Colgate (0-0-2) on the soccer pitch, it marks the third match all-time for the Tigers against a member of the Patriot League. It has been nearly 10 years to the day since the Tigers last faced Patriot League opposition when they dropped a 2-0 decision at Navy in Annapolis, Maryland, on Sept. 8, 2006. They also scored a 2-0 win over Loyola-Maryland in their first ever match against a Patriot League opponent in Baton Rouge on Sept. 7, 2003.

Colgate is off to an unbeaten start to the 2016 season after earning a pair of 1-1 home draws on opening weekend while playing host to Syracuse on Aug. 21 and New Hampshire last Sunday afternoon.

Junior Eliza Doll is certainly one of the key figures in the Raiders’ set up as she recently picked up preseason recognition from her league’s head coaches in being selected the Patriot League Preseason Midfielder of the Year. Freshmen Mara Cosentino and Abby Sotomayor have each opened their accounts this season with Cosentino scoring her first career goal against Syracuse and Sotomayor her first goal against New Hampshire.

Despite suffering a 3-1 defeat to reigning Atlantic 10 Conference Champion George Washington in their home opener on Thursday night, LSU’s Delaney Sheehan scored her first career goal in the 85th minute to put the Tigers back into the match in the final stages. Junior defender Jordane Carvery has also gotten off the mark with her first career goal in a 1-0 win at College of Charleston last Sunday.

After wrapping up their home-opening weekend against Colgate on Sunday afternoon, the Tigers open up their four-game road swing with a trip to Bloomington, Indiana, next weekend as they’ll feature as part of the Hoosier Challenge Cup with matches against tournament host Indiana on Friday and Butler on Sept. 4 in a pair of 2 p.m. CT kickoffs.