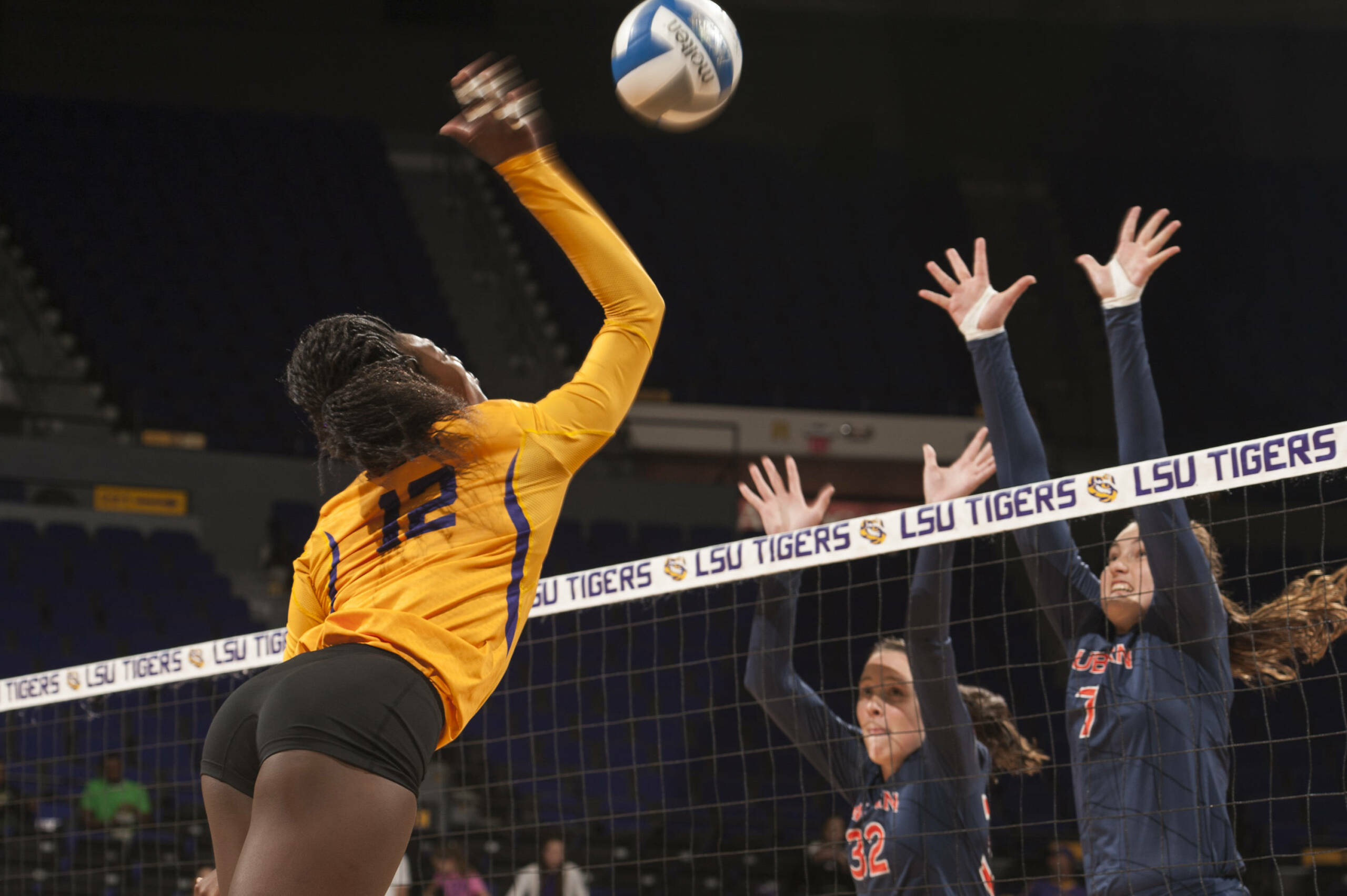 LSU won its season opener for the 12th time in the last 16 seasons. It was also the 15th season opening win under head coach Fran Flory.

“This was a really solid start for our team. Specifically to see Khourtni (Fears) back on the court already playing at a high level was great. It was also special to get Toni in.”

“I really think Anna (Zwiebel) set a really nice match, and Cheyenne (Wood) was outstanding in the libero jersey for the first time.

Both Eastern Kentucky and LSU held on in the opening set with neither team gaining more than a three-point lead. Down 21-22 after a service error, LSU won four-straight points off of a pair of errors and kills by Tiara Gibson and Sydney Mukes.

>> Tillis led the squad in kills with 11 and was second in digs (10) for her sixth career double-double.

>> Freshman Anna Zwiebel made her debut as LSU’s setter with 37 assists and one kill.

>> Libero Cheyenne Wood had a team-best 24 digs on the night.

Fears and sophomore outside hitter Toni Rodriguez made their return to the court after each suffering season-ending injuries last season. Fears played two sets for the Tigers. Rodriguez’s lone kill was the final point in the second set.

LSU continues its weekend at the Duke Invitational Saturday at 10 a.m. against UNCG and at 6:30 p.m. against the host Blue Devils. Both matches will be streamed live on ESPN3.com. Admission to Cameron Indoor Stadium is free. Live stats can be found at LSUsports.net, with updates through the team’s Facebook and Twitter pages.