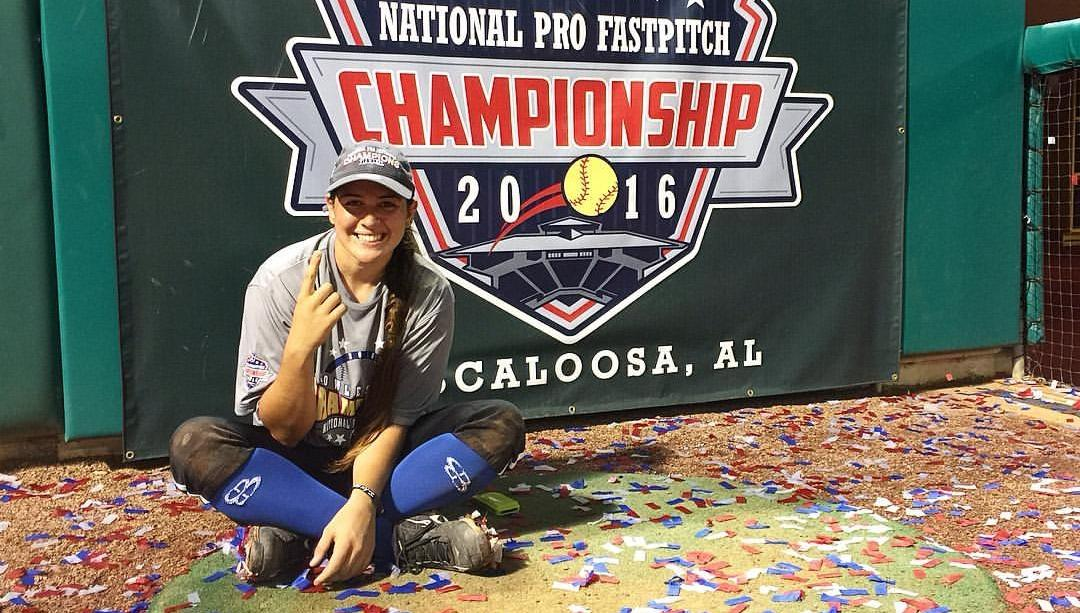 After wrapping up a stellar four-year career with the Tigers, which ended with the program’s first ever repeat appearance at the Women’s College World Series in early June, Kloss joined the team that drafted her 17th overall in the college draft just weeks later where she went on to finish her first professional season playing in 22 total games for Chicago with 21 starts.

Kloss had a home run, five RBIs and six home runs offensively for Chicago, while having a .986 fielding percentage for the Bandits behind the dish.

Our favorite championship tradition… You are going to want to watch this one! #BackToBack #GoPro pic.twitter.com/YErTzye64W

The Bandits, seeded third overall for the NFP’s four-team tournament, opened play with an 11-2 semifinal win over the Scrap Yard Dawgs last Friday, before dropping a 10-1 decision the next day to set up a winner-take-all game for a berth in the finals series. Chicago earned a 2-1 win in the clincher to move on to face the USSSA Pride for the title.

After falling 3-1 to the Pride in the opener, the Bandits charged back by earning an 11-5 win on Monday to force a deciding game three. A pair of home runs in the third proved to be the difference as Chicago clinched the title with a 2-1 win over the Pride, giving the Bandits back-to-back NPF championships.

This past year the NPF featured four former Tigers with Kloss on the Bandits, and A.J. Andrews, Rachele Fico and Sandra Simmons. Last week, Andrews became the first-ever female recipient of the Rawlings Gold Glove Award, which will be given annually to the best defensive player in the league.