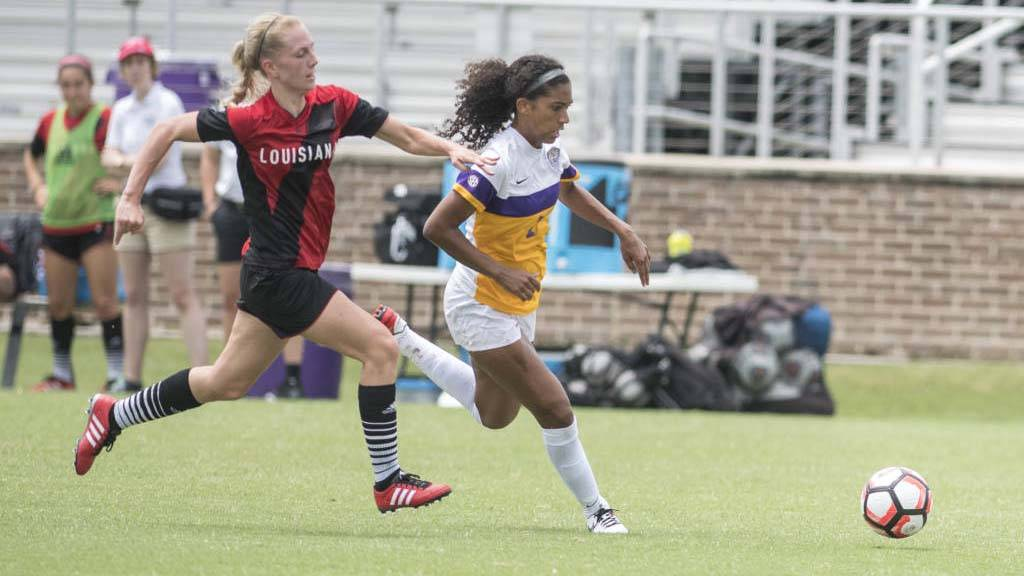 BATON ROUGE – The LSU Soccer team looks to carry the momentum from its season-opening win at the College of Charleston on Sunday into its 2016 home opener Thursday when the Tigers welcome the George Washington Colonials to Baton Rouge for a match scheduled to kick off at 7 p.m. CT at the LSU Soccer Stadium.

Fans can “Geaux Free!” to each of LSU’s nine home matches during the 2016 regular season as admission is absolutely free at the LSU Soccer Stadium once again this season, compliments of The Advocate.

Fans who are unable to attend the game are invited to follow the action on social media as they can receive live updates for LSU’s home opener by following @LSUSoccer on Twitter at http://twitter.com/lsusoccer and Instagram at http://instagram.com/lsusoccer and by liking the LSU Soccer page on Facebook at http://facebook.com/lsusoccer.

“We’re excited to get back home in front of our home fans against a very good George Washington team tomorrow night,” said LSU head coach Brian Lee. “It’s a great chance for our fans to come out for free and have a great time on a Thursday night and see the team for the first time this season. We hope they turn up in numbers and get warmed up for the start of another athletic season at LSU.”

The Colonials (2-0) won each of their first two matches of the season on opening weekend with a 1-0 road win at Saint Francis (PA) on Friday night before picking up a 2-1 home win over Cleveland State on Sunday. The Colonials are coming off a 2015 season in which they stormed to the Atlantic 10 Conference regular-season championship with a 15-5 overall record and perfect 10-0 mark in league play.

Senior striker MacKenzie Cowley has picked up right where she left off as a First-Team All-Atlantic 10 performer a year ago by scoring a team-leading two goals through the first two matches of 2016. Cowley netted her career single-season high with 10 goals during the 2015 season to finish as the team’s leading scorer.

Junior goalkeeper Miranda Horn also returns as a First-Team All-Atlantic 10 Conference selection from last fall when she posted a league-leading 0.86 goals against average for the season and 0.27 GAA in A10 play.

“George Washington comes in with a lot of experience winning championships and playing at a very high level, so we know it’s going to be a fight to the finish tomorrow night,” Lee said. “They’re certainly a team that is a threat to make the NCAA Tournament this year and defend the conference championship they won a year ago. It should make for a great match tomorrow night.”

Carvery’s first career goal in the 25th minute of Sunday’s match against the College of Charleston proved to be the game-winner as the Tigers brought home a 1-0 win to get off the mark in 2016. After saving eight shots in a narrow 1-0 defeat to 17th-ranked Virginia Tech last Friday, Brockmeier made three stops on just six shots faced against the Cougars on Sunday for her first clean sheet as an LSU Tiger.

After playing host to George Washington in their 2016 home opener on Thursday night, the Tigers welcome the Colgate Raiders to Baton Rouge on Sunday afternoon for a contest that is set to kick off at Noon CT at the LSU Soccer Stadium. They will then embark on a four-match road swing before their SEC home opener against Ole Miss on Friday, Sept. 16.