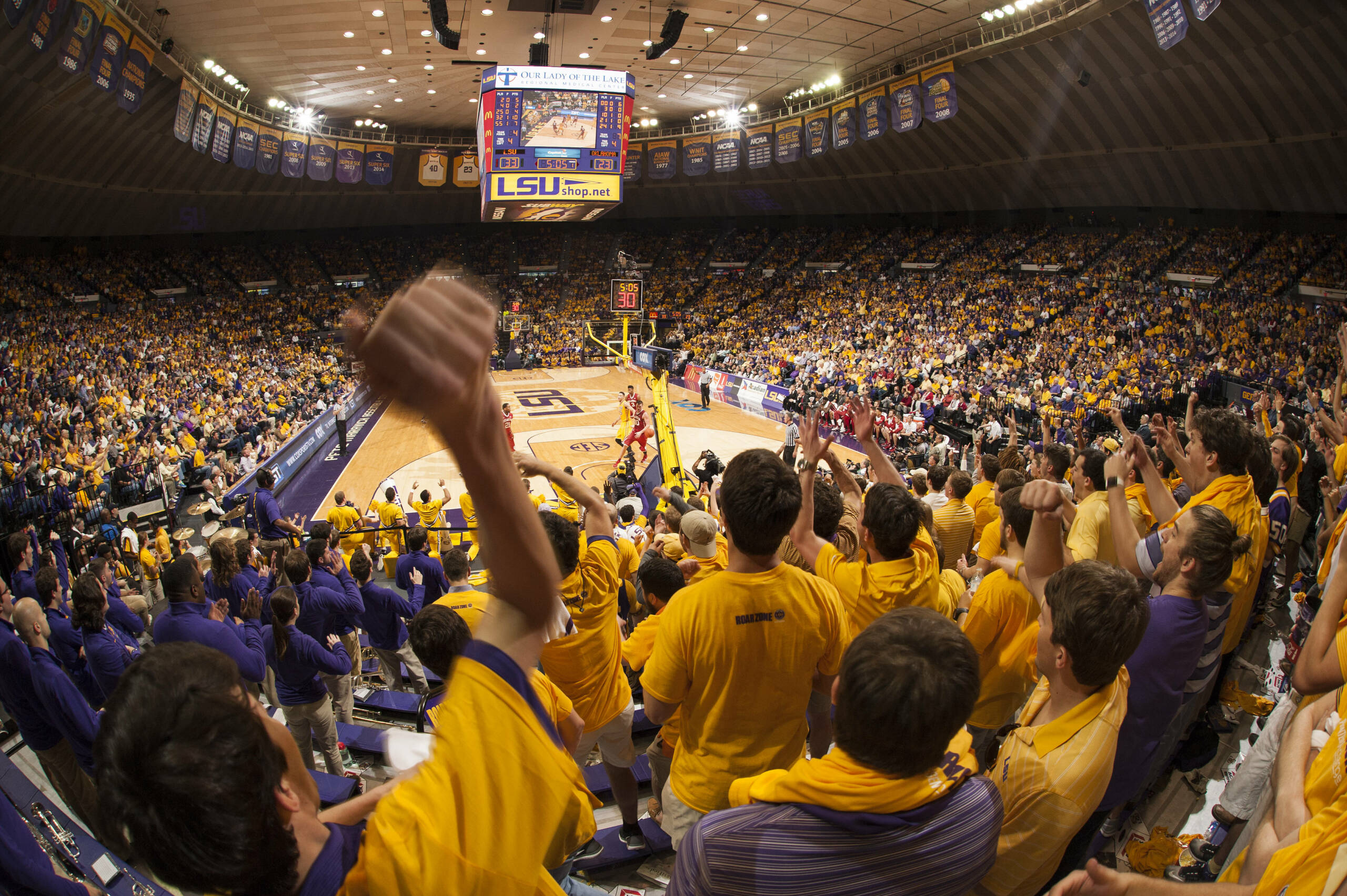 BATON ROUGE – The LSU men’s basketball team will play seven home games in November and December as the non-conference schedule for the 2016-17 season for LSU was released on Tuesday.

The 2016-17 season for the Tigers and Coach Johnny Jones, who enters his fifth season as head coach and 22nd overall at LSU as player, assistant coach and head coach, will open on Saturday, Nov. 12, when the Tigers host Wofford of the Southern Conference.

LSU will play three home games prior to its previously announced trip to the Bahamas for the Battle 4 Atlantis. The Tigers will host Southern Miss on Nov. 15 and will face North Florida on Nov. 18 for the second straight year.

Last year’s North Florida game proved to be one of the most entertaining games of the year as the Ospreys, known for their three-point shooting, made 19 treys and LSU rallied from an eight-point halftime deficit to score 71 second-half points to win, 119-108.

At the Battle, LSU will open with an ESPN2 contest with Wichita State on Nov. 23 and will then play either Louisville or Old Dominion in a contest scheduled for Thanksgiving (Nov. 24). LSU’s final contest on Nov. 25 will be against one of four teams – Baylor, VCU, Michigan State or St. John’s.

The Tigers will play one more game on Nov. 29 against Houston in the Maravich Center in the second half of a home-and-home series, before the mandated break for final exams.

When the schedule resumes, LSU will play four games in 10 days prior to Christmas, hosting NC Central (Dec. 13), Texas Southern (Dec. 17) and Charleston (Dec. 19 – the final game of a three-game contract) before finishing a home-and-home at ACC foe Wake Forest on Dec. 22.

LSU’s one other non-conference game already announced is LSU’s trip to Texas Tech on Jan. 28 for the SEC/Big 12 Challenge.

The complete schedule, including the Southeastern Conference games, is expected to be announced in the coming days. Also tip times and television or streaming broadcasts will be added to the schedule in the future. New season tickets deposits for LSU men’s basketball are presently being taken for $25 each at www.LSUtix.net.