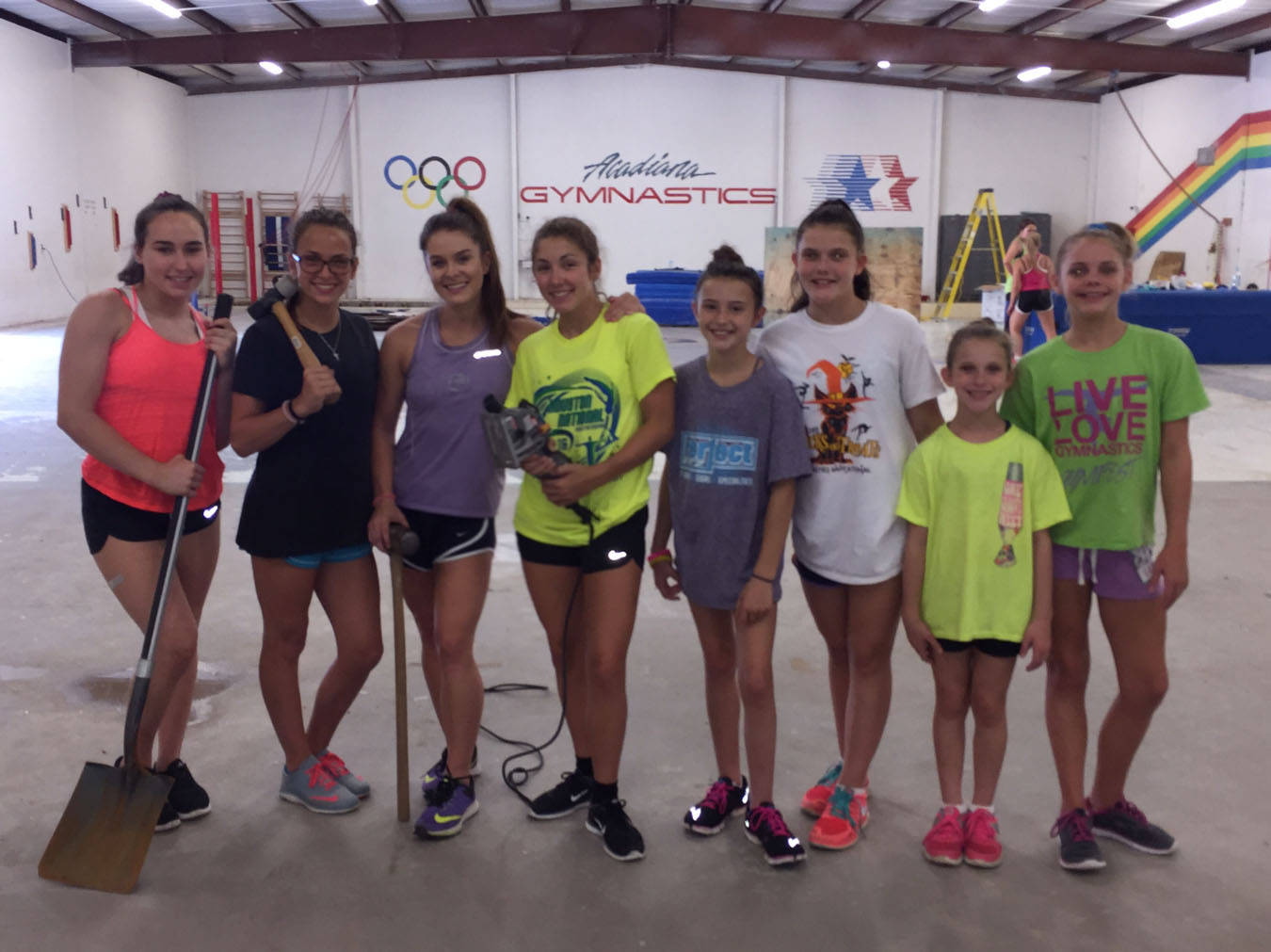 BATON ROUGE – Head coach D-D Breaux along with members of the LSU gymnastics team spent week volunteering in the community after the devastating flood that impacted thousands in southeast Louisiana.

Senior Sydney Ewing returned to her hometown of Lafayette and assisted her club, Acadiana Gymnastics. Acadiana, which Ewing spent 15 years competing for, took on two feet of water in both gyms and lost everything.

“It was hard to see the gym like that, but I am excited to see the improvements they make and how much stronger they come back after the devastation,” Ewing said. “Even though I am at LSU, Acadiana Gymnastics will always be home to me and I wouldn’t be where I am without them.”

At the shelter, the gymnasts assisted the American Red Cross with handing out toiletries and clothing and talking with the children who took shelter at the facility. The student-athletes helped out at the distribution center by organizing shipments of supplies along with passing out food, paper products, cleaning supplies and clothes.

“It was great helping out the community,” Hambrick said. “We love Baton Rouge, and after all the support the city has given us it is nice to be able to give back to them. We are a team who just loves people. We enjoyed being able to help people get back on their feet during this tough time.”

Breaux and members of her family gathered to clean up the home of Tommy and Peggy Breaux that took on almost four feet of water. The volunteers spent the weekend in Prairieville going through the home and tearing out damaged walls and furniture in preparation for the task of rebuilding.