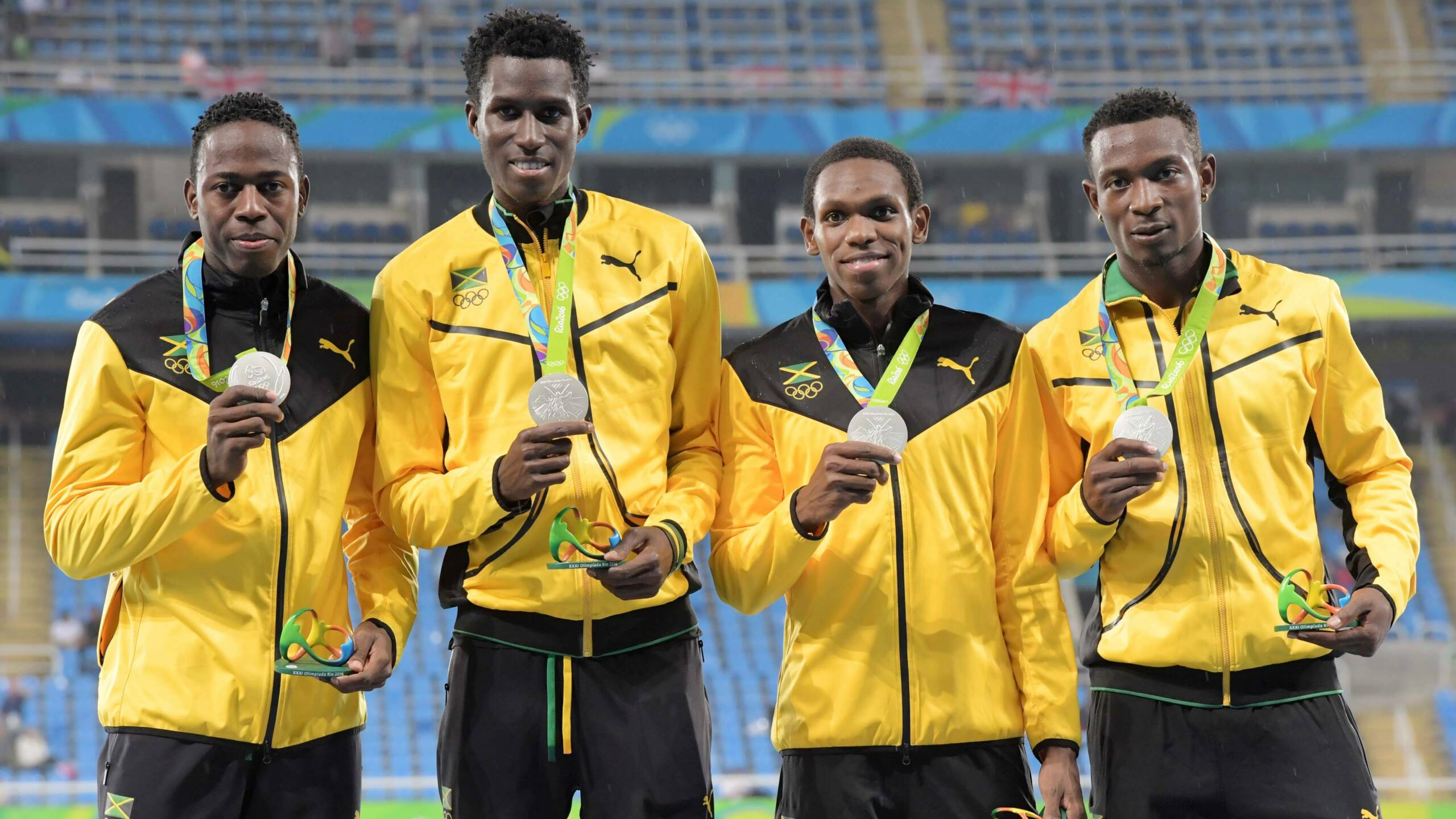 RIO DE JANEIRO – After making his Olympics debut by running in the men’s 400-meter prelims one week ago, LSU senior Fitzroy Dunkley added the title of Olympic Silver Medalist to his name when he ran third leg on Jamaica’s 4×400-meter relay team that finished runner-up to the United States in Saturday’s final at the Olympic Stadium.

Jamaica was running third behind the United States and Botswana when Dunkley took the baton from Allen at the second exchange, and he handed off to Francis firmly in medal contention in third position at the final exchange. Francis surged passed Botswana’s Gaone Leaname Maotoanong on the homestretch and crossed the finish line in second place for the silver medal behind Team USA’s winning 2:57.30 for gold.

Dunkley’s silver-medal-winning performance in his first Olympic Games caps an outstanding senior season on the track as he also ran on LSU’s 4×400-meter relay team that swept NCAA Indoor and NCAA Outdoor titles during the 2016 season. He was also the NCAA Outdoor Silver Medalist in the 400-meter dash as one of the nation’s elite quartermilers throughout the campaign.

LSU’s athletes have now won 17 medals all-time at the Olympic Games as Dunkley is the 13th different athlete to ascend the medal podium at the modern Olympics dating back to Glenn “Slats” Hardin in 1932.

Hardin was a two-time Olympic medalist as the world’s leading 400-meter hurdler in the early 20th century as he secured a silver medal in Los Angeles in 1932 and gold medal in Berlin in 1936. It would be 52 years before another LSU Track & Field athlete would step onto the medal podium when Sheila Echols won a gold medal in the women’s 4×100-meter relay in Seoul, South Korea in 1988. LSU also featured Olympic Gold Medalists in Barcelona in 1992 and Atlanta in 1996 as American Esther Jones and Canadian Glenroy Gilbert, respectively, both won 4×100-meter relay titles.

The Athens Olympics in 2004 proved to be the program’s most successful with five athletes winning six total medals. Derrick Brew and Kelly Willie both won gold medals as members of Team USA’s winning 4×400 relay, while Brew also won bronze in the men’s 400 meters. John Moffitt struck silver for the United States in the long jump, while Nadia Davy and Ronetta Smith won bronze for Jamaica in the women’s 4×400 relay.

Richard Thompson of Trinidad & Tobago has won more Olympic medals than any LSU Track & Field athlete in history as a three-time silver medalist, including runner-up finishes for the 100-meter dash and 4×100-meter relay in his debut in Beijing in 2008 followed by a defense of his country’s silver medal in the sprint relay in London in 2012.