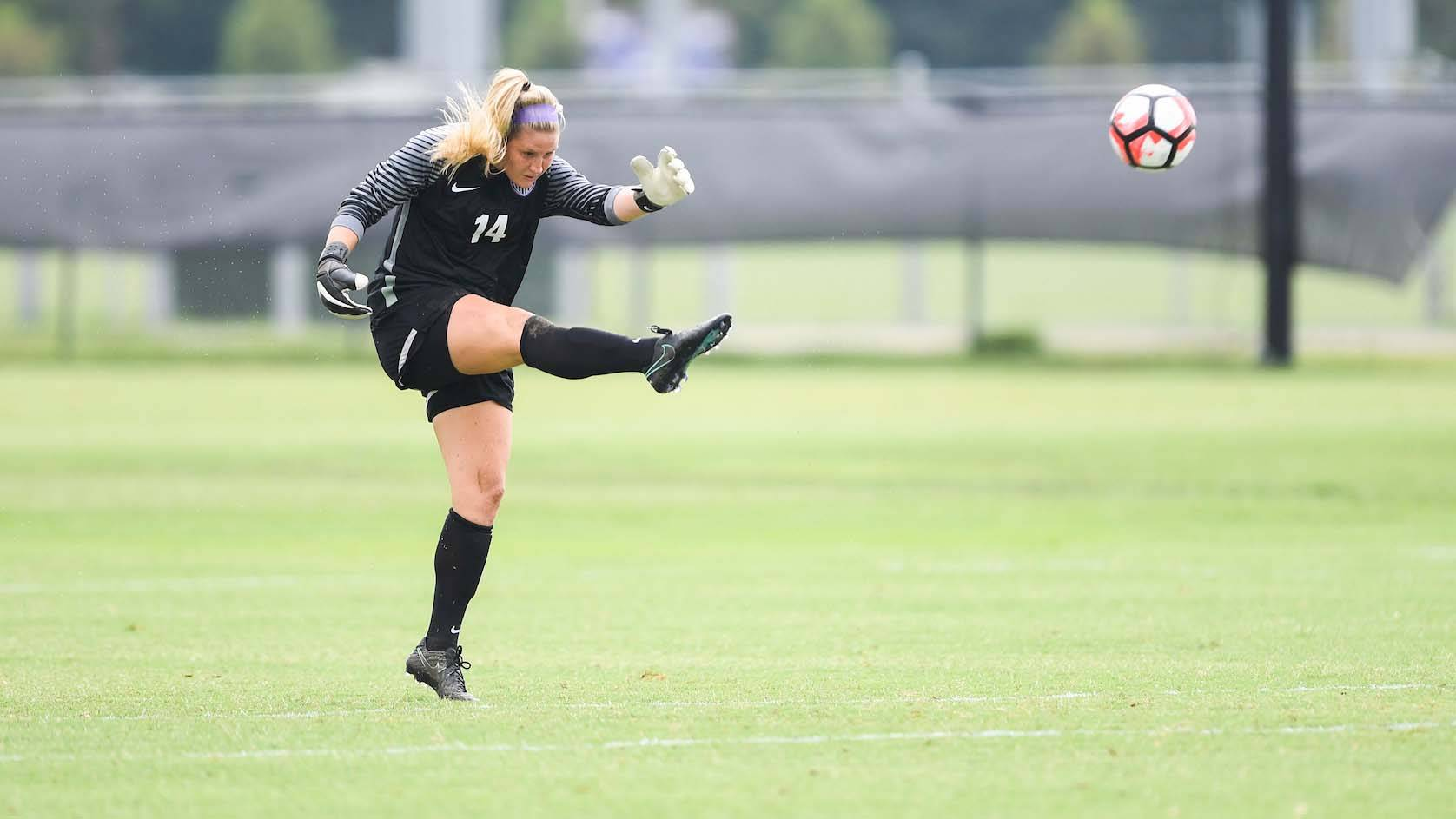 CHARLESTON, S.C. – Following a 1 hour, 45 minute weather delay to the kickoff of their 2016 season opener, the LSU Tigers suffered a 1-0 setback to the 17th-ranked Virginia Tech Hokies in the opening match of this year’s Charleston Classic at Patriots Point for their first season-opening defeat in five years since the 2011 campaign.

“Virginia Tech is one of the top programs in the country, and certainly a Top 20 team going into this season for a reason,” said LSU head coach Brian Lee. “They have some real weapons going forward, but I thought that our defensive effort and work rate tonight was very encouraging. We’ll be looking to find more of an offensive rhythm on Sunday, so we look forward to our next opportunity here in Charleston.”

LSU’s sophomore goalkeeper Caroline Brockmeier kept the opening scoreline despite the Hokies sustaining some early pressure when she denied All-American forward Murielle Tiernan the game’s opening goal in the sixth minute of play. Tiernan found herself in position in the left side of the penalty area, but Brockmeier went low to her right for the save at her near post.

But the Hokies struck just nine minutes later from a second successive corner kick taken by Anissa Dadkhah when Tiernan found the back of the net for her first goal of the season in the 15th minute of play.

The Tigers forged their best chance of the match in the dying seconds of the first half when junior midfielder Debbie Hahn stepped up to take a free kick about 35 yards in front of goal. Junior defender Jordane Carvery headed Hahn’s floated effort on target, but Hokie goalkeeper Mandy McGlynn shuffled to her left and snatched the ball out of the air before it breached her goal in the top-right corner.

Freshman Marlena Cutura was solid defensively on her debut for the Tigers in her left back spot, even denying the Hokies the opportunity to double their lead on the hour with an instinctive run to the far post. Tiernan found herself in space down the left side and squared a pass across the six-yard box for what appeared to be an easy tap in, but Cutura sprinted into position to cut out the pass to the Hokie attacker and play it out for a Virginia Tech throw in beyond the right touch line.

Brockmeier again stood tall in goal for the Tigers as the clock ticked under 15 minutes to play when she went high and punched a stinging drive by Hokie striker Kallie Peurifoy over the crossbar and out for a corner kick. The Florida State transfer faced 17 shots and made eight saves in an impressive debut between the posts.

Brockmeier and Cutura were among six debutants for the Tigers on the night as they were joined in the rotation by juniors Zoe Higgins and Nicole Howard and freshman Caitlin Cantrill and Jade Clarke.

The Tigers will wrap up their season-opening weekend on Sunday afternoon with a match against tournament host College of Charleston that is set to kick off at 12:30 p.m. CT at Patriots Point. After wrapping up its trip to the Charleston Classic at Patriots Point, LSU returns to Baton Rouge for its 2016 home opener on Thursday against George Washington with kickoff set for 7 p.m.