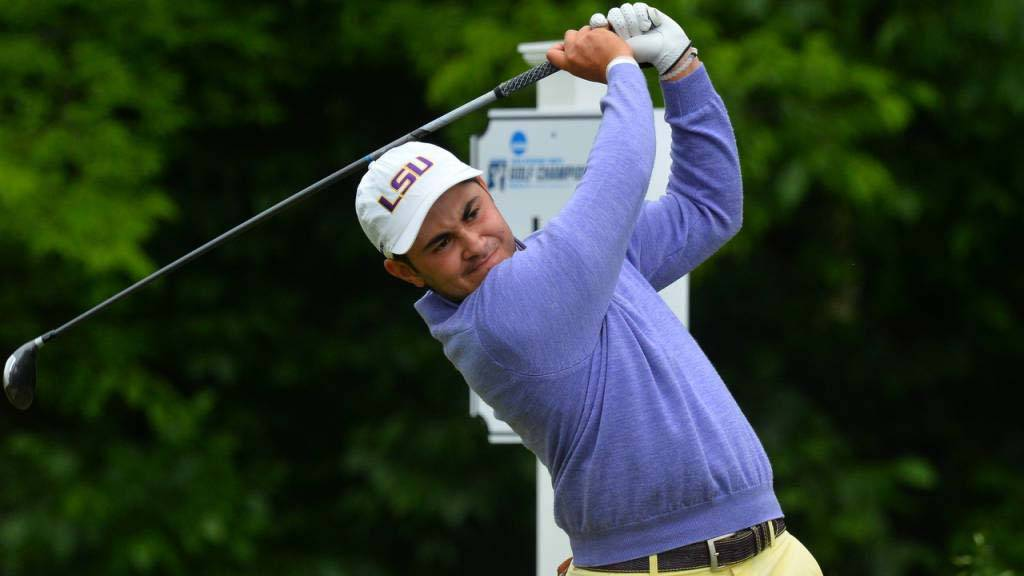 BLOOMFIELD HILLS, Mich. – LSU’s sophomore All-American Luis Gagne saw his run to the Havemeyer Trophy come to an end in Friday’s match-play quarterfinals as he suffered a 3-and-2 defeat to USC All-American Jonah Texeira at the 116th United States Amateur Championship being held this week at Oakland Hills Country Club.

Gagne never led in the match as he found himself facing a 5-down deficit through seven holes on the front nine before a weather delay stopped play at 2:16 p.m. CT with thunderstorms in the area.

The 2016 PING Honorable Mention All-American used that time to regroup as he immediately started chipping away at Texeira’s lead. He cut the deficit to four holes at the turn after making a par at the par-three ninth hole before rolling in back-to-back birdie putts at the par-four 11th and par-five 12th holes to suddenly find himself just 2-down with six holes to play.

After halving the next two holes with pars, Gagne’s errant tee shot at the par-four 15th led to a bogey as Texeira moved to dormie at 3-up with just three holes to play in the match. The two conceded short birdie putts on the green at the 303-yard, par-four 16th hole as Texeira advanced to Saturday’s U.S. Amateur semifinals with a 3-and-2 victory.

Texeira advanced to face Oklahoma’s Brad Dalke in Saturday’s semifinal scheduled to start at 7:20 a.m. CT, while Michigan’s Nick Carlson and Australian amateur Curtis Luck will square off in the other match at 7 a.m.

Gagne wasn’t even in the U.S. Amateur field until Friday of last week as the first alternate from the sectional qualifier at Willowbend Golf Club in Wichita, Kansas. He claimed a spot left open for the low amateur for the U.S. Senior Open as Chip Lutz, the only amateur to make the cut, was already exempt to compete in the event this week.

The Orlando, Florida, native will now report to Baton Rouge for the start of the fall semester on Monday and begin preparations with the rest of his Tiger teammates for the start of the 2016-17 collegiate season. LSU is set to open the campaign from Sept. 9-11 with an appearance at the 2016 Carpet Capital Collegiate Classic hosted by Georgia Tech at The Farm Golf Club in Rocky Face, Georgia.