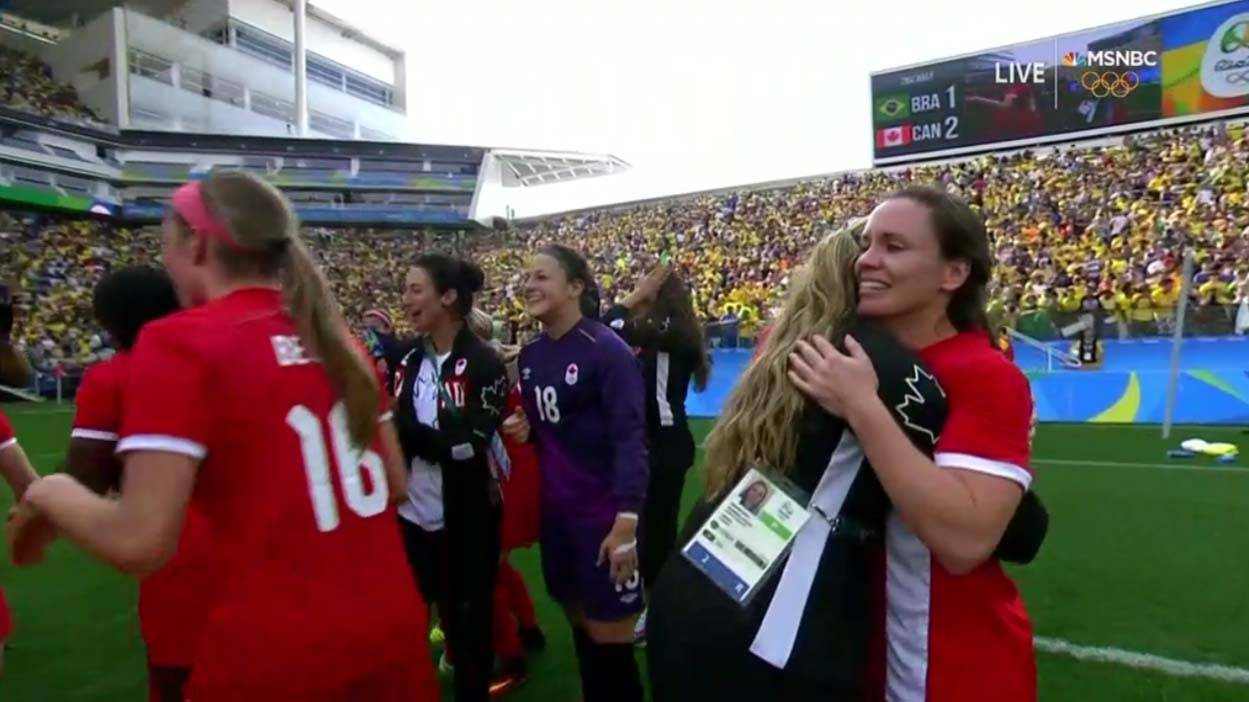 SAO PAULO, Brazil – Allysha Chapman already made history as LSU Soccer’s first Olympian when she first stepped onto the pitch in the group stage at the 2016 Olympic Games, and she made history again Friday as the program’s first Olympic medalist when Canada defeated Brazil, 2-1, in the Bronze Medal Match at Corinthians Arena.

Chapman helped secure the bronze medal when she entered the match as a second-half substitute in the 59th minute with Canada leading 2-0 for her third appearance at these Olympic Games.

A brilliant counter attack in the 25th minute led to the opening goal for the Canadians when Ashley Lawrence sprinted past the Brazilian back line down the left flank and squared the ball to a wide-open Deanne Rose at the far for an easy finish and a 1-0 lead. Christine Sinclair doubled Canada’s lead in the 52nd minute when Rose played her in behind the defense for a near-post finish from just outside the six-yard box.

While the hosts wouldn’t go quietly, Beatriz’s goal from a Brazil throw-in in the 79th minute proved nothing more than a late consolation as Canada closed down the remaining 11 minutes of the match to win its second-straight Olympic bronze medal. The Canadians also defeated France by a 1-0 scoreline in the Bronze Medal Match at the 2012 Olympic Games in London.

Chapman made her return to the pitch against Brazil as a second-half defensive substitute after being forced to sit out Canada’s semifinal defeat to Germany with a shoulder injury. She earned a start with Canada’s 1-0 quarterfinal win over France, but was subbed off minutes before halftime with a shoulder injury after falling under the weight of French midfielder Camille Abily.

Chapman’s appearance in the Bronze Medal Match was her 39th at the senior level with the Canadian Women’s National Team as she also featured in the starting 11 in a 2-1 win over Germany in the group stage.

With Chapman helping her country defend its Olympic bronze medal on the soccer field, it marked just the second time in the history of the modern Olympic Games that Canada has won back-to-back medals in a team summer sport as it last did so in lacrosse in St. Louis in 1904 and London in 1908.