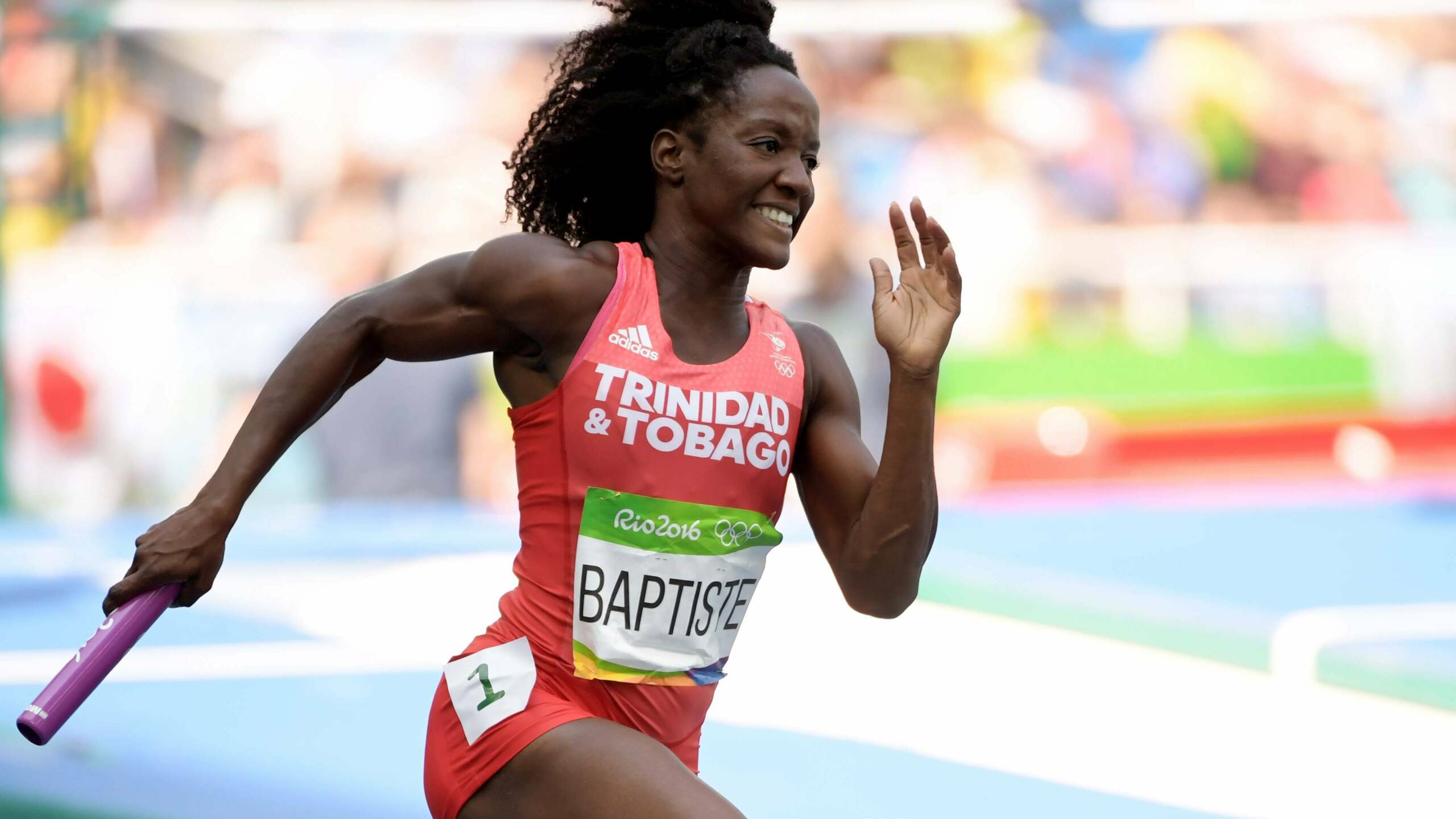 RIO DE JANEIRO – Two of LSU’s medal hopefuls will run for Olympic glory in Friday’s finals in the men’s and women’s 4×100-meter relay as three-time Olympic Silver Medalist Richard Thompson and Kelly-Ann Baptiste were among those lining up for Trinidad & Tobago in the preliminary round held Thursday morning at the Olympic Stadium.

Twice a winner of the Olympic silver medal in the men’s sprint relay in Beijing in 2008 and London in 2012, Thompson anchored his country to a qualifying time of 37.96 seconds in the second heat.

While teaming with Keston Bledman, Rondel Sorrillo and Emmanuel Callender, Thompson crossed the finish line third in the heat behind Japan in first place with a time of 37.68 and Jamaica in second place with a run of 37.94 as the three automatic qualifiers in the race. Great Britain (38.06) in fourth place and Brazil (38.19) in fifth place also advanced to the Olympic final as the two timed qualifiers.

Thompson is one of Trinidad & Tobago’s most decorated Olympians as he looks to climb the medal podium for the fourth time in his third appearance at the Olympic Games. Following his final collegiate season in 2008, Thompson scored the silver medal in both the 100-meter dash and 4×100-meter relay in his Olympics debut in Beijing before helping Trinidad & Tobago defend its silver medal in the sprint relay in London.

Baptiste will be running for her first medal in her fourth Olympic Games when she lines up in the women’s 4×100-meter relay final on Friday night at 8:15 p.m. CT. She ran the third leg on the team that was third for the second heat with an automatic-qualifying time of 42.62. The Trinidad & Tobago women followed Germany (42.18) in first place and Nigeria (42.55) in second place as the automatic qualifiers in the heat.

Friday’s action at the Rio Olympics will also feature the qualifying rounds of the men’s and women’s 4×400-meter relays as senior Chanice Chase is included in the potential relay pool for Canada in the women’s relay to run at 6:40 p.m. CT and senior Fitzroy Dunkley will line up for Jamaica in the men’s relay at 7:10 p.m. CT.