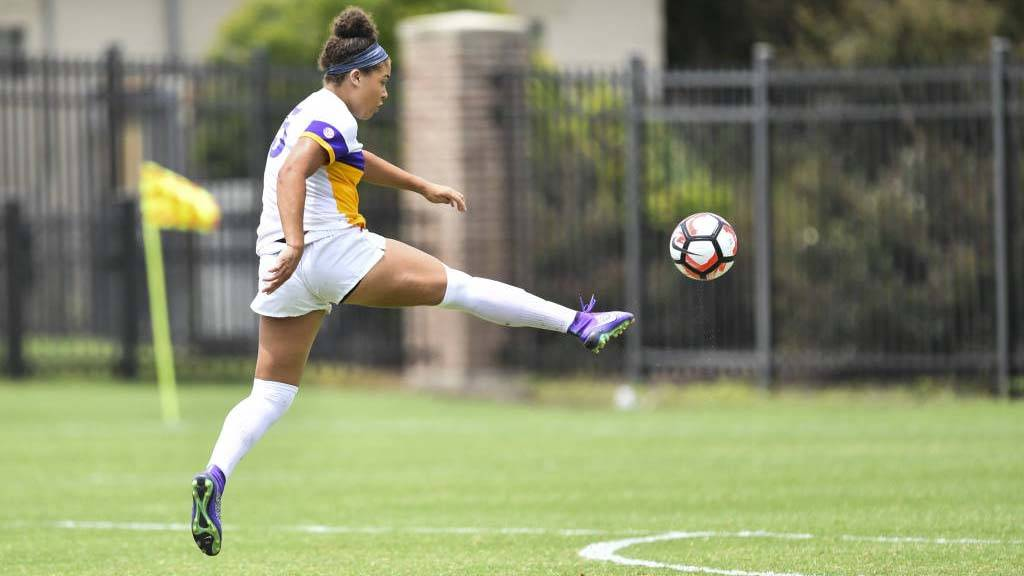 BATON ROUGE – The LSU Soccer team has made the trip to Charleston, South Carolina, for its season-opening weekend as it kicks off the Charleston Classic at Patriots Point on Friday afternoon at 4 p.m. CT with a match against preseason No. 17-ranked Virginia Tech. It marks the first event of LSU’s 2016-17 athletic season.

The Tigers and Hokies renew their series after Virginia Tech scored a 1-0 win in the one and only other meeting between the two teams on Sept. 5, 2010, in a tournament hosted by Wake Forest.

The Hokies ended the 2015 campaign as the No. 13-ranked team nationally in the final National Soccer Coaches Association of America Top 25 poll after posting a 15-4-2 overall record that included a spot in the second round of the NCAA Division I Women’s Soccer Tournament. Virginia Tech is ranked as high as No. 17 nationally by the NSCAA to open the 2016 season, while also slotting in at No. 20 in the preseason poll announced by Soccer America and TopDrawerSoccer.com ahead of the season.

Tiernan proved to be one of the most lethal strikers in college soccer a year ago when scoring a team-leading 14 goals, while Johnson followed with nine goals and Gray bagged seven goals on the campaign.

This marks the third-straight season in which the Tigers have faced an opponent from the powerful Atlantic Coast Conference after splitting their recent series with Duke with a 1-0 defeat in Durham, North Carolina, in 2014 and a 1-0 victory in Baton Rouge a year ago. LSU’s home win over Duke highlighted its 2015 season as the Blue Devils went on to finish as the NCAA Women’s College Cup Runners-Up.

Their meeting is certainly one of the marquee matchups on the college calendar during this season-opening weekend as the Tigers also earned an NCAA Tournament berth a year ago. LSU experienced one of the best turnarounds in college soccer from 2014 to 2015 while being invited to compete in the NCAA Tournament for the fifth time in program history and first time since 2011.

First-Team All-SEC striker Jorian Baucom and two-time Second-Team All-SEC forward Summer Clarke helped set the pace throughout the 2015 season while forming one of the highest-scoring front lines in the country. Baucom’s 15 goals ranked second on the SEC’s scoring charts a year ago while setting a new career-high, while Clarke’s seven goals and five assists both ranked second on the team en route to All-SEC honors.

Clarke even earned her first senior cap for the Canadian Women’s National Team during the spring when she scored the winner on her debut in a 1-0 win over Denmark at the Algarve Cup in Portugal back in March.

Baucom and Clarke are among seven full-time starters and 12 letterwinners returning from a Tiger team that advanced to the SEC Tournament semifinal and received a first-round berth into the NCAA Tournament last November. LSU looks to push for honors once again this fall after being selected to finish fifth in the SEC standings in a preseason vote of the league’s head coaches announced Aug. 11.

After opening their regular season against Virginia Tech on Friday, the Tigers will face tournament host College of Charleston on Sunday afternoon with kickoff set for 12:30 p.m. CT. LSU has also only faced CofC once in its history when it stormed to a 4-0 victory at Patriots Point in Charleston on Sept. 21, 2007.