by Will Stafford (@WillStaffordLSU)
Round of 32 Tee Times +0 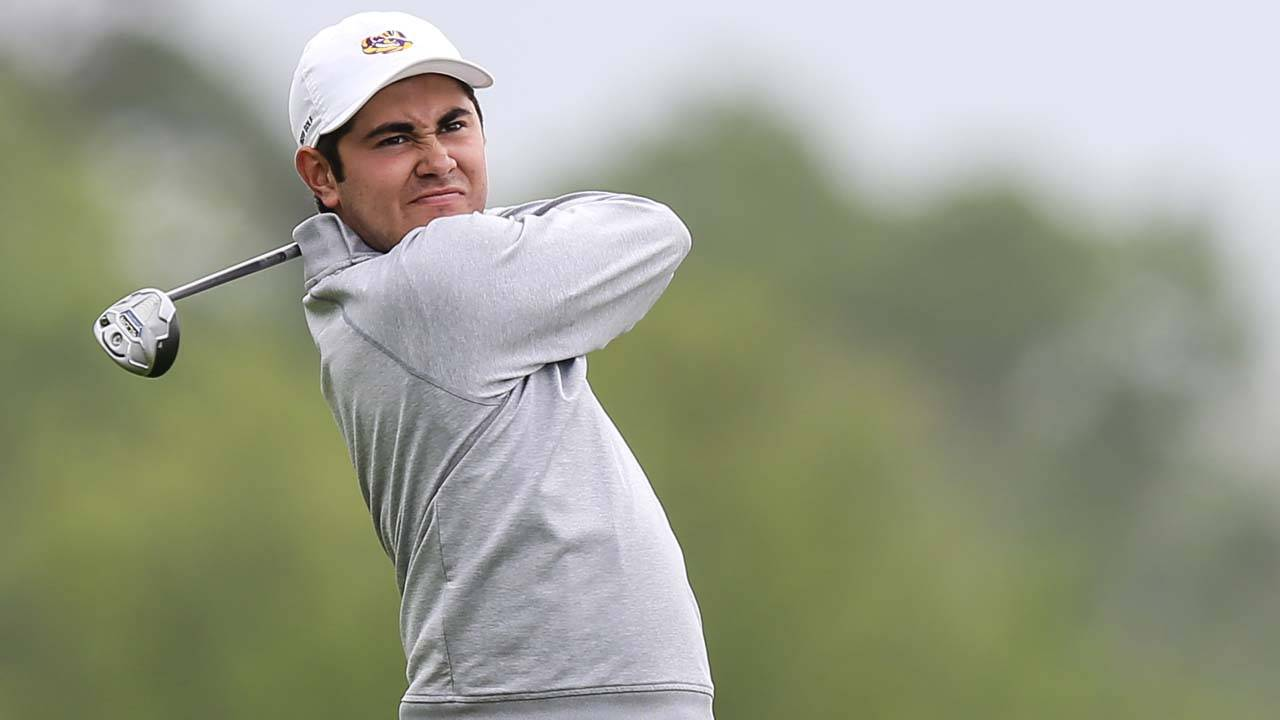 BLOOMFIELD HILLS, Mich. – Three LSU Tigers teed off in Wednesday’s first round of match play at the 116th United States Amateur Championship, and three will feature again in the Round of 32 on Thursday morning as senior Brandon Pierce and sophomores Sam Burns and Luis Gagne each advanced at Oakland Hills Country Club.

Gagne, the No. 10 seed in match play after tying for sixth place overall in the stroke-play field on Tuesday, scored a comfortable 5-and-3 victory over No. 55 seed Paul Pastore of the University of Hartford.

Burns, playing as the No. 29 seed in match play, was the first Tiger in the clubhouse as he also picked up a strong 3-and-1 win over No. 36 seed Santiago Gomez of Colombia and Nova Southeastern University, while No. 54-seeded Pierce edged No. 11 seed Matthias Schwab of Vanderbilt in one of the most hotly-contested matches of the first round.

Pierce was in control of the match at the turn as he held a 3-up lead without dropping a single hole through the 10th thanks to birdies at the par-four fourth and seventh holes and a par at the par-four eighth hole. That is when the Commodore All-American started chipping away at Pierce’s lead while winning three holes in a four-hole stretch at holes Nos. 11, 12 and 14.

Pierce regained a 1-up lead when he drained a five-foot birdie putt at the 15th green, but immediately fell back to all square with a bogey at the 16th. Pierce pulled off an improbable blind up-and-down from well off the green to save par at the par-three 17th hole and remain all square, and sealed a 1-up victory with a short birdie putt at the par-four 18th hole to advance to the Round of 32.

Gagne’s victory provided little drama as he won each of his first five holes to quickly move to 5-up against Pastore. Each won four holes down the stretch before the LSU sophomore earned a 5-and-3 victory. Burns had to battle back from a one-hole deficit on two occasions, but took control at 2-up in his match with Gomez with three-straight wins at Nos. 11-13. After trading birdies at the par-four 15th and 16th holes, Burns wrapped it up 3-and-1 with a par at the par-three 17th hole.

Burns will again be the first Tiger on the course on Thursday morning as he tees off against No. 61 seed Sahith Theegala of Pepperdine at 7:20 a.m. CT. Gagne follows with a second-round clash against Clemson’s No. 23 seed Bryson Nimmer at 8:30 a.m., while Pierce faces Illinois’ No. 22 seed Bryan Baumgarten in the final match in the Round of 32 at 9:10 a.m.