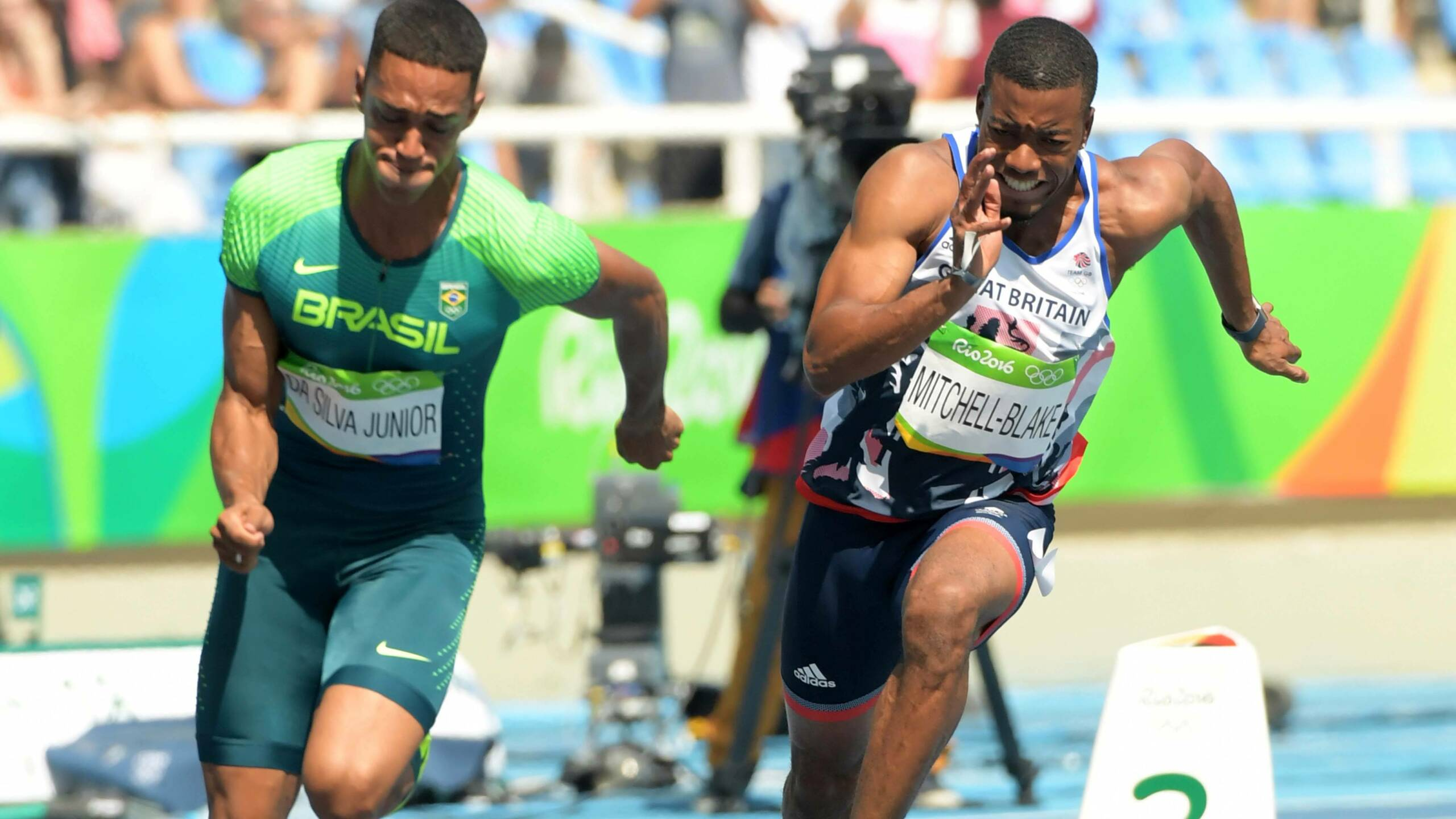 BATON ROUGE – LSU junior sprinter Nethaneel Mitchell-Blake of Great Britain and former NCAA Champion hurdler Nickiesha Wilson of Jamaica both stepped onto the track at Olympic Stadium for Tuesday’s morning session and advanced to Wednesday’s semifinals with a pair of automatic qualifying finishes in their heats.

Wilson, competing in her third Olympic Games, ran her fastest race of the season when she crossed the finish line in 12.89 seconds for third place in the fourth heat of the women’s 100-meter hurdles.

Wilson edged Swiss hurdler Clelia Reuse-Rard (12.91) for the third automatic qualifying spot from their preliminary heat to advance to Wednesday’s semifinal round set to run at 6:45 p.m. CT. Germany’s Cindy Roleder won the fourth heat with a time of 12.86, followed by Great Britain’s Tiffany Porter in second place with a time of 12.87.

While competing in her third-straight Olympics for Jamaica, Wilson is lining up in the 100-meter hurdles for the first time after running the 400 hurdles in Beijing in 2008 and London in 2012. The top two finishers in each of the three semifinal heats and the next two fastest qualifiers on time will advance to the Olympic final of the sprint hurdles that will wrap up Wednesday’s evening session at 8:55 p.m. CT.

Safely through to the semis #Day2 #TeamJa

Mitchell-Blake made his Olympics debut for Great Britain when he lined up in the 10th preliminary heat of the men’s 200-meter dash on Tuesday morning. Despite drawing lane No. 1, Mitchell-Blake came off the turn in a dead heat with Canada’s Andre De Grasse, the Olympic Bronze Medalist in the 100-meter dash from Sunday night, before crossing the finish line second in 20.24 (+1.0).

De Grasse eased to a heat win in 20.09 as he and Mitchell-Blake were the two automatic qualifiers in the final heat of the preliminary round. Rondel Sorrillo advanced on time with a run of 20.27 for third place.

Mitchell-Blake lines up as the 2016 Olympic Games as the sixth-fastest 200-meter sprinter in the world for the 2016 season after setting his personal best of 19.95 in the SEC Outdoor final in May. He will return to action in the Olympic semifinal on Wednesday night at 8 p.m. CT looking to advance to Thursday’s final scheduled to run at 8:30 p.m.

Mitchell-Blake has certainly recovered from a hamstring injury he suffered when anchoring the Tigers to the national championship in the 4×100-meter relay at the NCAA Division I Outdoor Track & Field Championships on June 10. He was also the SEC Commissioner’s Trophy winner this season as the SEC Outdoor Champion in the 100 meters, 200 meters and 4×100 relay.