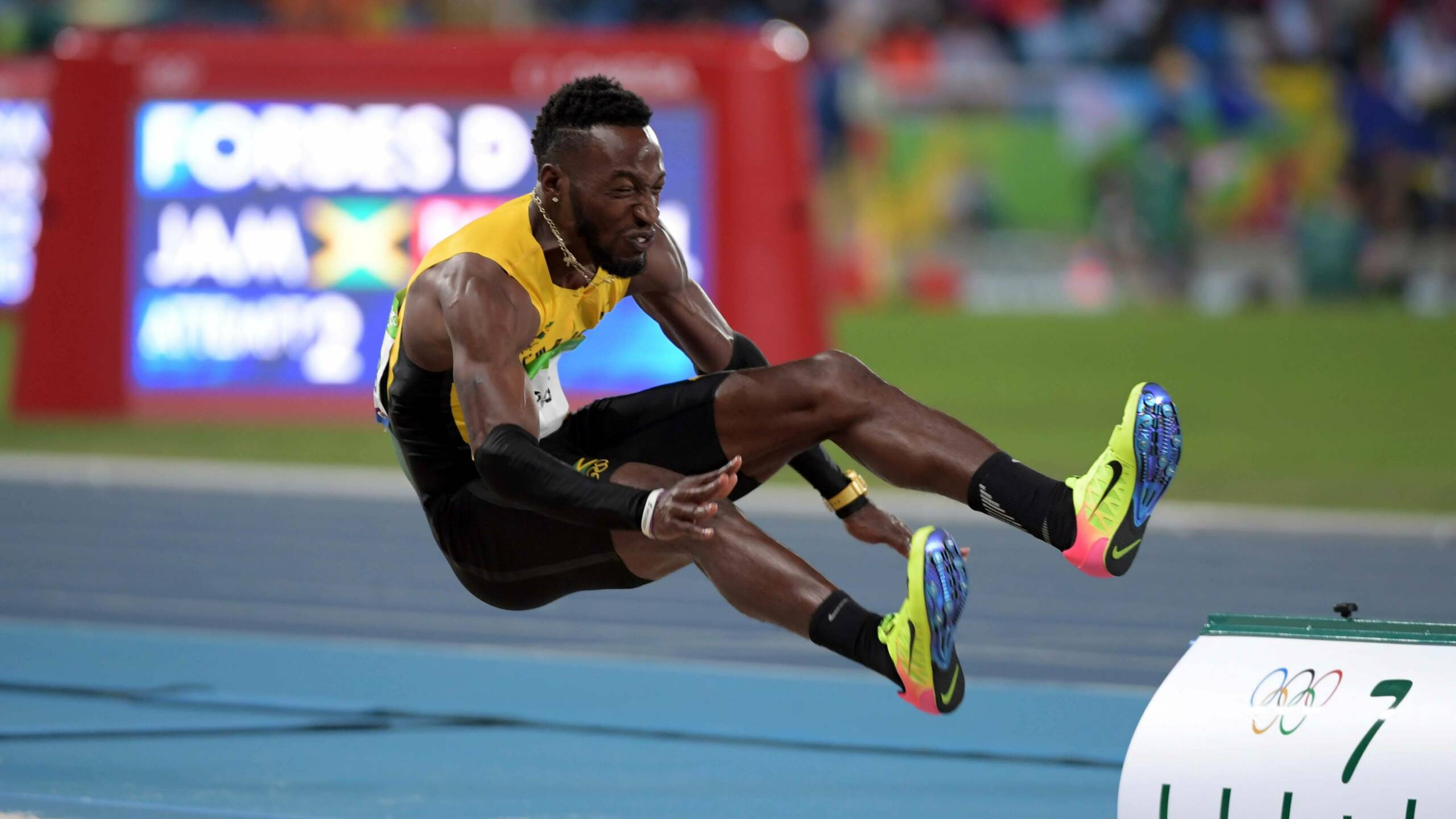 After opening with a mark of 25-0 ½ on his first attempt, Forbes improved to 25-4 ¾ in the second round and 25-8 in the third round to finish in 12th place overall in his second Olympics appearance. He placed 18th in the qualifying round in his Olympics debut in London four years ago.

Forbes was nine inches short of earning three more jumps in the final as the top eight jumpers in the field after three rounds advanced to the medal rounds to cap Saturday’s long jump final.

American Jeff Henderson struck gold in the event with a winning mark of 27-6 on his sixth and final jump of the night as he moved from fourth to first to win the gold medal for Team USA. Henderson surpassed South African silver medalist Luvo Manyonga (27-5 ½), Great Britain bronze medalist Greg Rutherford (27-2 ½) and American teammate Jarrion Lawson (27-0 ¾) on his final jump to win the gold medal.

Rutherford entered the men’s long jump competition as the reigning World Champion from 2015 and Olympic Gold Medalist from 2012 after winning the event in front of his home fans in London four years ago.

Two other former Tigers were in action on Saturday at the Olympic Stadium as three-time Olympic Silver Medalist Richard Thompson of Trinidad & Tobago and Gabriel Mvumvure of Zimbabwe lined up in the qualifying round of the men’s 100-meter dash. Mvumvure tied for 37th place overall in the heats with a time of 10.28 seconds (+0.2), while Thompson followed in a tie for 40th place overall with a time of 10.29 (-0.4).

Despite not advancing to the 100-meter semifinal, Thompson will run for a fourth career Olympic medal next week when he returns to the track to run the 4×100-meter relay for Trinidad & Tobago with the preliminary round scheduled for Aug. 18 at 9:40 a.m. CT followed by the sprint relay final on Aug. 19 at 8:35 p.m. CT.