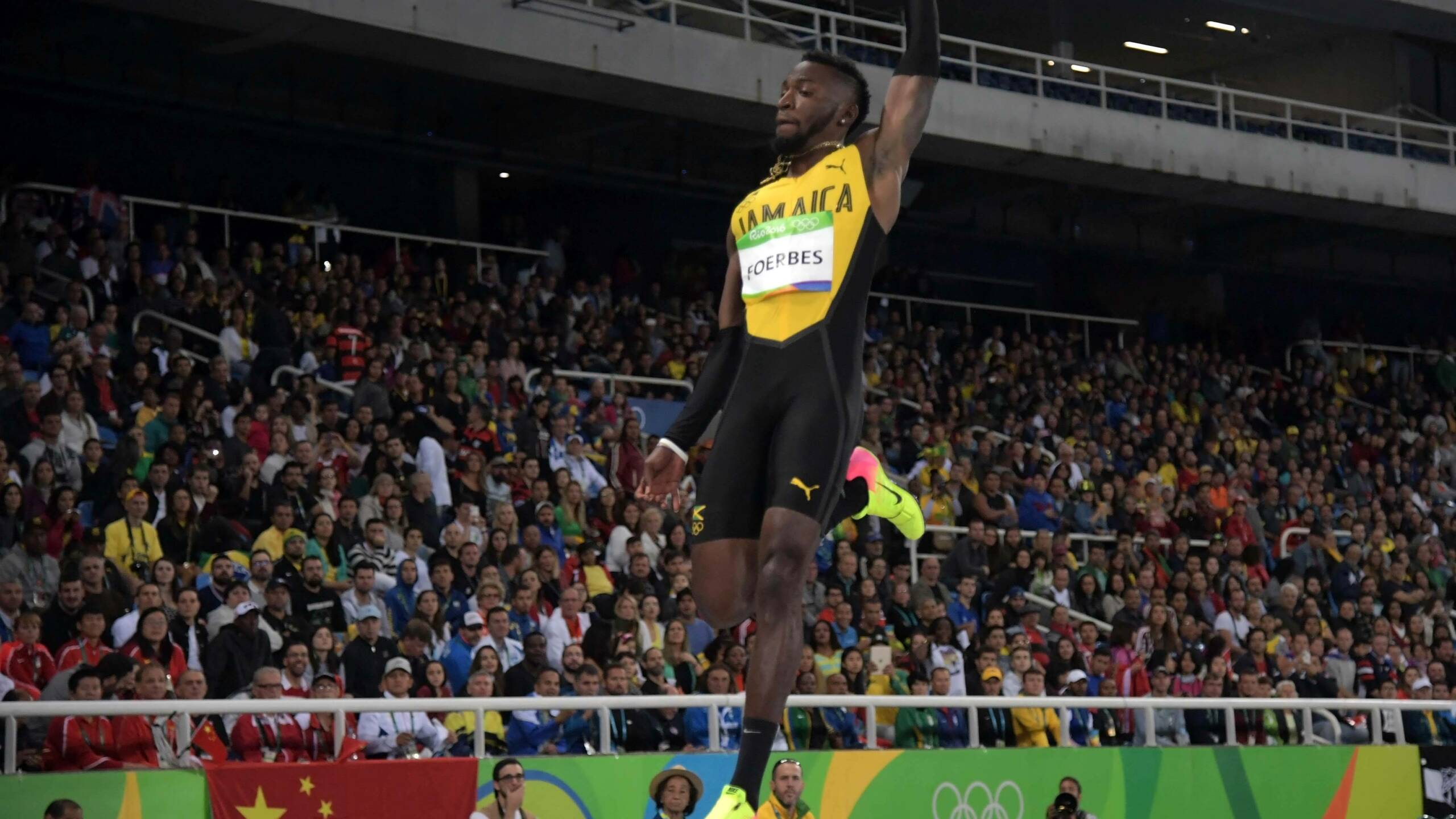 BATON ROUGE – Damar Forbes’ jump of 25 feet, 9 ¼ inches on his very first attempt of Friday’s qualifying round earned him the 12th and final qualifying spot into the men’s long jump semifinal at the 2016 Olympic Games to highlight the opening day of the athletics competition at the Olympic Stadium in Rio de Janeiro.

As one of the first jumpers to step onto the runway in the event, Forbes waited anxiously before his qualification into the semifinal round was confirmed as the 12th-place finisher in qualifying.

He followed his opening jump of 25-9 ¼ (-0.1) in the first round with marks of 25-2 ½ (+0.4) in the second round and 25-0 (-0.2) in the third round to advance to his first Olympic semifinal in his second career appearance at the Olympic Games. Forbes placed 18th overall in qualifying in his Olympics debut in London four years ago.

The 2013 NCAA Champion will start with a clean slate in the semifinal round that is set to begin Saturday night at 6:50 p.m. CT. The field will be cut to eight finalists after three rounds of jumps by the 12 semifinalists.

Not the way i wanted to make the finals but first is the same as 12th at this point, gotta regroup & execute tomorrow

Friday’s opening day of the athletics competition also featured the first round of qualifying of both the men’s 400-meter dash and women’s 100-meter dash. Tiger senior Fitzroy Dunkley finished in 24th place in the field for the 400 meters with his run of 45.66 seconds in the first preliminary heat, while former Lady Tiger Kelly-Ann Baptiste placed 27th overall in 100-meter qualifying with her time of 11.42 (-0.7) for fourth place in the fifth heat.

While not advancing in their individual events, both will feature as part of their country’s respective relay pools next week as Baptiste will run the women’s 4×100-meter relay for Trinidad & Tobago and Dunkley will run the men’s 4×400-meter relay for Jamaica. Below is the full competition schedule for LSU’s track and field athletes competing at the Rio Olympics as times are Central and subject to change based on round-by-round qualification.

I’ll remember this moment and use it as a drive. Let’s go #FitzFaster pic.twitter.com/vwbBntseap