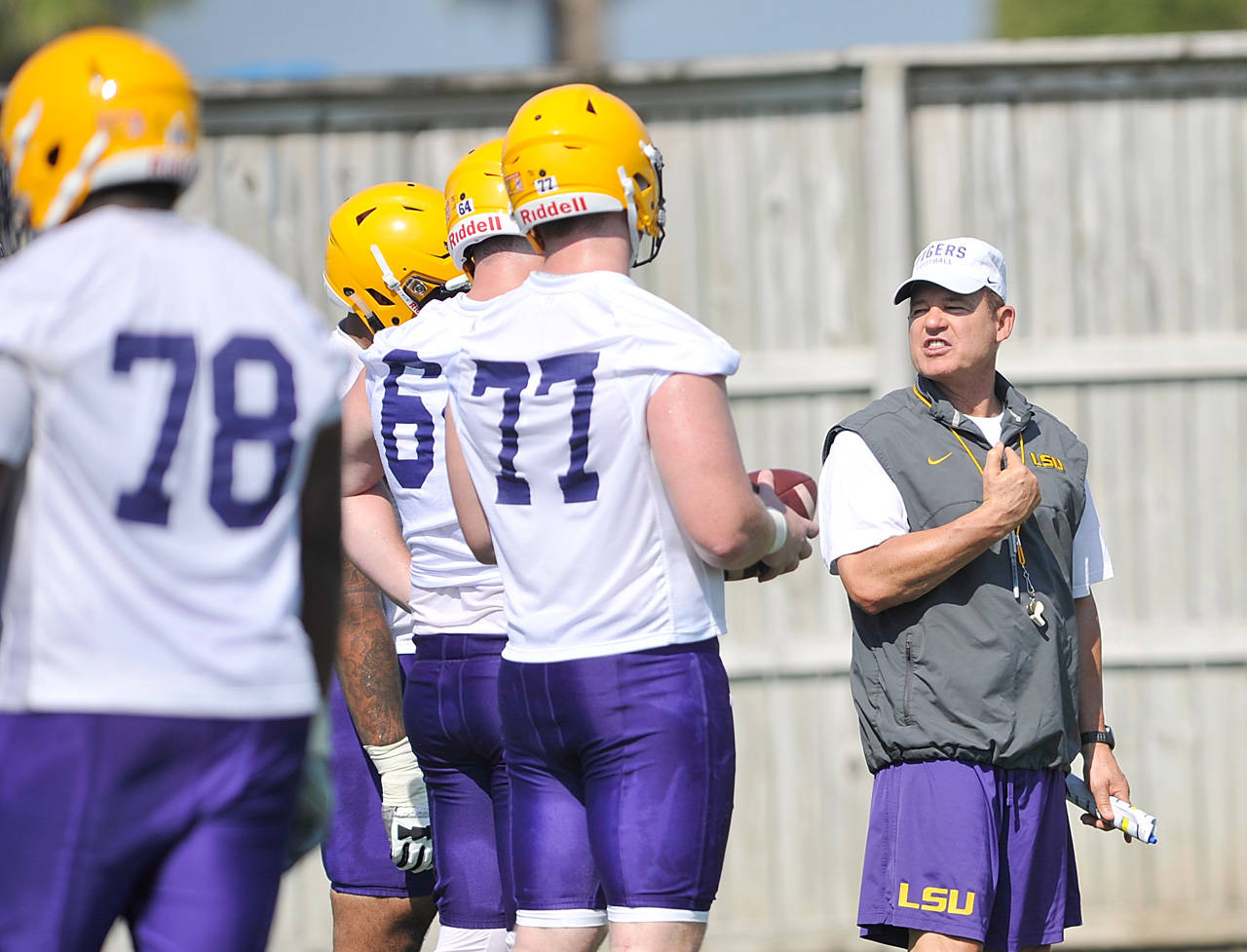 LSU used Thursday afternoon for meetings and a walk through as the Tigers continue to prepare for their first full scale scrimmage on training camp, which will take place on Saturday afternoon in Tiger Stadium. The Tigers are scheduled to practice twice on Friday, once in full pads the other in shells (shorts and shoulder pads)

“We had a quality, fundamental practice,” LSU coach Les Miles said of Thursday’s workout. “We had a couple periods of emphasis where we went one-on-one. It was a productive practice. I think we’re improving on the defensive side very rapidly. I think the offense is coming. I think the offense really made strides today. I kind of like where we are. We are taking things in stride and getting better.”

Miles complimented the recent practice work of sophomore Travonte Valentine, who joined the team earlier this week. Valentine, listed at 6-foot-4 and 356 pounds, will be counted on to help plug the middle of LSU’s new 3-4 defensive scheme.

“He’s (Valentine) a quality defensive player,” Miles said of Valentine. “He’s developing an understanding on what we’re asking him to do, but he brings a natural physicality. He’s a big, athletic man. He certainly a playmaker in the front.”

Miles also commented on defensive end Christian LaCouture, who suffered a season-ending injury on Sunday. LaCouture, who has the most career starts of any player on defense with 23, graduated from LSU on Friday.

“That’s the tragedy of the game,” Miles said of LaCouture’s injury. “The tragedy of the game is that you bust your tail, do everything that you possibly can, are in great position to have a great year and injury can occur. Even though you’d like to deny it and withdraw from it, it can happen in the most mundane circumstances.”

After Saturday’s scrimmage, the Tigers will take part in media day and fan day on Sunday before returning to the practice field on Monday.