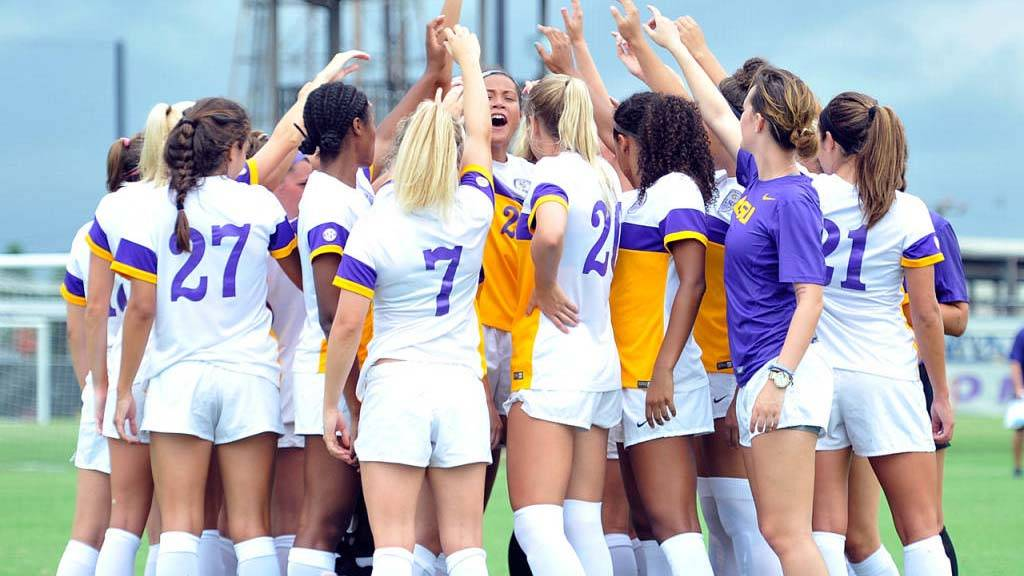 BATON ROUGE – After returning one of the nation’s most dynamic front lines and seven full-time starters from a team that qualified for the NCAA Tournament a year ago, LSU Soccer was picked to finish fifth overall on the final SEC table in a preseason vote of the league’s head coaches released Thursday afternoon.

The Tigers are coming off a 2015 season in which they advanced to the SEC Tournament semifinal as the No. 7 seed to lock up a return trip to the NCAA Division I Women’s Soccer Tournament for the fifth time in team history. They ended the campaign with a 13-6-4 overall record and 5-4-2 mark in SEC play.

Last season was also highlighted by a 1-0 shutout of the Duke Blue Devils, who went on to finish as the NCAA Women’s College Cup runners-up after falling to Penn State in the national championship match.

The Tigers look to carry that momentum into the 2016 campaign as they return two of the nation’s most dynamic attacking players in senior Summer Clarke and junior Jorian Baucom. Clarke earned her second Second-Team All-SEC honor a year ago after finishing the season with eight goals to her name, while Baucom picked up First-Team All-SEC honors with a team-leading 15 goals for her sophomore season.

The Florida Gators were picked to defend their SEC regular season championship from a year ago while receiving 10 of the 14 available first-place votes and 165 total points in the coaches’ balloting.

The Texas A&M Aggies, who advanced to the Elite Eight in the NCAA Tournament last season, picked up four first-place votes and followed the Gators in second place with 154 points, while Auburn trailed in third place with 141 points and South Carolina rounded out the top five in fourth place with 135 points ahead of the Tigers in fifth place with 108 points.

LSU begins its 2016 regular season with a trip to Charleston, South Carolina, next week to compete at the Charleston Classic at Patriot Point where they will face Virginia Tech on Aug. 19 and tournament host College of Charleston on Aug. 21. The Tigers return home on Thursday, Aug. 25, for their home opener against George Washington with kickoff set for 7 p.m. CT at the LSU Soccer Stadium.