by Will Stafford (@WillStaffordLSU)
Athletics Schedule +0 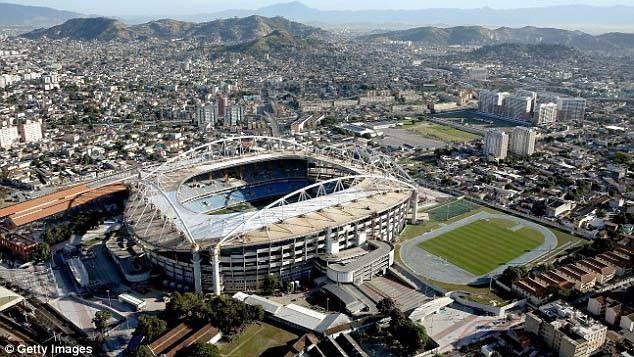 BATON ROUGE – LSU’s track and field stars past and present are ready to take center stage at the Games of the XXXI Olympiad as the athletics competition begins Friday at the Olympic Stadium in Rio de Janeiro with former NCAA Champions Kelly-Ann Baptiste and Damar Forbes and Tiger senior Fitzroy Dunkley all in action on the first day.

They are among nine LSU Track & Field athletes representing five different nations competing at the Rio Olympics over the next nine days as the athletics events will be held through Friday, Aug. 20.

Dunkley, a three-time NCAA Champion in the 4×400-meter relay and five-time All-American in four seasons with the Tigers, will be the first to compete as he steps onto the track at 7:05 p.m. CT on Friday night to run in the first round of qualifying in the men’s 400-meter dash. Dunkley is set to make his Olympics debut after winning the Jamaican silver medal in the event back in June.

Dunkley is also sure to be a medal contender at this year’s Olympic Games as a member of Jamaica’s 4×400-meter relay pool with the prelims and finals scheduled to run Aug. 19-20.

Forbes is set to compete in his second-straight Olympic Games after winning his fifth career Jamaican long jump title as he will take flight in the qualifying round on Friday at 7:20 p.m. The 2013 NCAA Outdoor Champion is no stranger to international competition as he has also competed at three-straight World Championships since 2011.

Do you want to know what it looks like walking into the Olympic Stadium for the #OlympicOpeningCeremony heres a look pic.twitter.com/4vxc1miSr8

Also competing for Jamaica at the Rio Olympics will be former Lady Tiger NCAA Champions Nickiesha Wilson and Natoya Goule as Wilson lines up in the 100-meter hurdles in her third Olympic Games while Goule will be running the 800 meters in her debut. Wilson competed in the 400-meter hurdles in each of the last two Olympic Games in Beijing in 2008 and London in 2012.

Baptiste made her Olympics debut as a 17-year-old in Athens back in 2004, and is now set to run for Trinidad & Tobago for the fourth time on the world’s biggest stage. She was a finalist in the women’s 100-meter dash in her last Olympics appearance in London four years ago, and will line up in the 100 meters once again while also running as part of her country’s 4×100-meter relay team next week.

Compatriot Richard Thompson is the most decorated Olympian in the history of LSU Athletics as his three silver medals represents more medals won by a single LSU athlete competing in any Olympic sport. He staked a claim as one of the world’s emerging sprint stars following his senior season in 2008 when he won the Olympic silver medal in the men’s 100-meter dash behind Jamaica’s Usain Bolt before striking silver with Trinidad & Tobago’s sprint relay team in Beijing in 2008. He added a second silver medal in the 4×100-meter relay in London four years ago.

Thompson earned his place on Trinidad & Tobago’s Olympic team for a third-straight time after sprinting to a seasonal-best time of 9.97 seconds to win his country’s national title in the 100 meters back on June 25.

Dunkley is not the only current member of the LSU program representing their country in Rio de Janeiro as fellow senior Chanice Chase runs the 400-meter hurdles for Canada and junior Nethaneel Mitchell-Blake lines up in the 200-meter dash and 4×100-meter relay for the United Kingdom.

Chase ended her collegiate career at the NCAA Championships in June by earning a second All-America honor in the 400 hurdles as the fifth-place finisher nationally this season. Mitchell-Blake rose to prominence with an outstanding junior season in which he swept SEC Outdoor titles in the 100 meters, 200 meters and 4×100-meter relay before anchoring the Tigers to the NCAA title in the sprint relay on June 10.

Mitchell-Blake sent shockwaves across the globe at the SEC Outdoor Championships in May when he became one of the world’s fastest 200-meter sprinters with a lifetime best of 19.95 while being crowned champion in the event. He is surely a medal threat in the event in the coming week as he will step onto the track for the prelims on Tuesday as the World’s No. 6-ranked performer in the event.

Former LSU All-American Gabriel Mvumvure is also set to make his Olympics debut for Zimbabwe as a qualifier in the 100-meter dash. Below is the full competition schedule for LSU’s track and field athletes competing at the Rio Olympics as times are Central and subject to change based on round-by-round qualification.

A fast sprinter and also one heck of a flag waver. Looking sharp. Way to go Gabriel Mvumvure!#GeauxTigers pic.twitter.com/8vKiA2XK0z