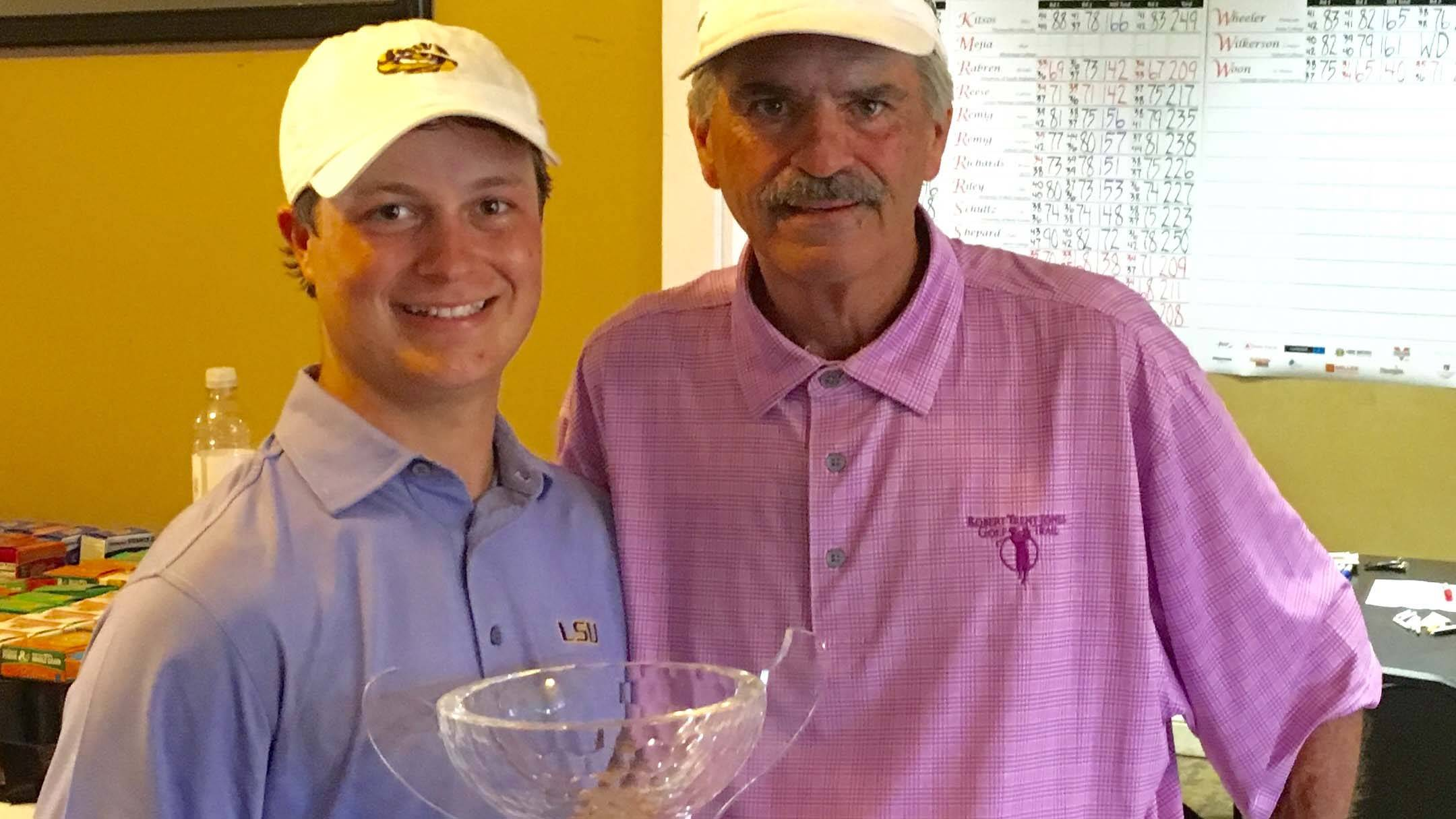 BATON ROUGE – LSU’s rising junior Blake Caldwell fired a 54-hole tournament record of 18-under par 198, including an amateur course record of 10-under par 62 in the second round, to finish nine shots clear of the field and take home the title at the Hardee’s Collegiate Tour Championship at Perdido Bay Golf Club in Florida last week.

Caldwell’s winning tournament score of 18-under par 198 smashed the previous tournament record on the Southeastern Collegiate Golf Tour by seven strokes, while his second-round 62 is also the lowest single round ever recorded by a player competing on the SECGT. He also fired matches scores of 4-under 68 in the first and third rounds to secure the victory.

Caldwell, who hails from Ponchatoula, Louisiana, and enters his junior season in 2016-17, finished nine shots in front of University of West Florida standout Christian Bosso in the event held in Pensacola.

Caldwell continued an impressive summer after also finishing fifth at the Louisiana Amateur Championship held at Carter Plantation in Springfield back in June. He also tied for eighth place at the Magnolia Amateur held in Hattiesburg, Mississippi, in early July before just missing out on a spot in the field for the United States Amateur Championship with a playoff defeat in Alexandria the following week.

LSU golfers have been impressive in recent amateur events held at Perdido Bay Golf Club after All-American Brandon Pierce won the Hardee’s Wind Creek Holiday Collegiate held at the same venue in December. LSU’s rising senior is on his way to the U.S. Amateur Championship after winning the sectional qualifier in Alexandria on July 12.