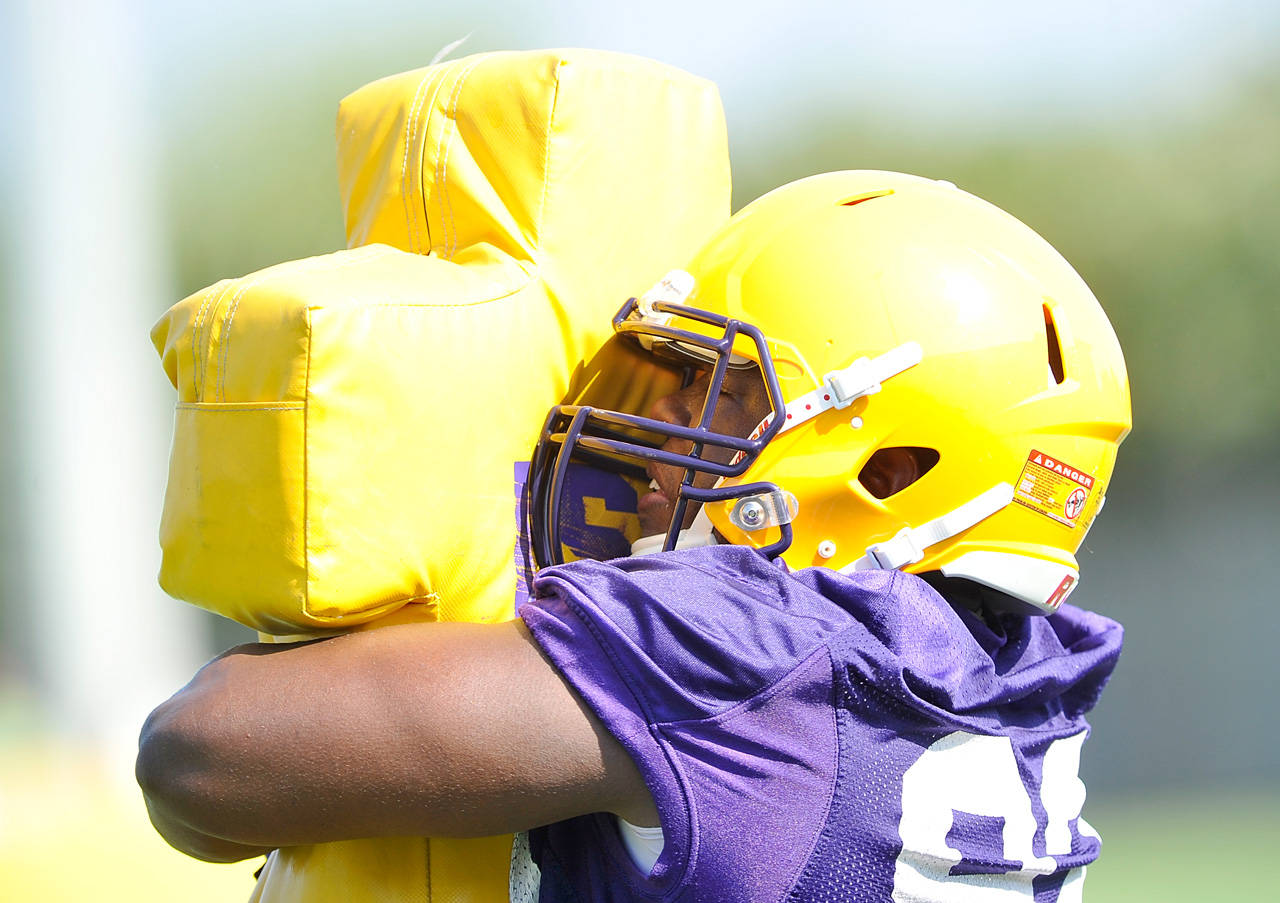 BATON ROUGE – LSU came together as a complete unit for the first time on the practice field Monday as the Tigers went through their fifth day of training camp here at the Charles McClendon Practice Facility.

Monday marked LSU’s first day in full pads and also its last day of work during the acclimatization period. LSU used the first four days of practice to go with split squad workouts. LSU held an afternoon walk-through on Monday and will follow that with another light practice on Tuesday. LSU is scheduled to scrimmage for the first time in camp on Saturday.

“It was great to come together as a full team for the first time,” LSU coach Les Miles said. “We used the first four days to bring the freshmen along with their own practice and you can already see what a difference it made.

“When you look at how you practice in the beginning (of camp), you look back and say a guy like Lloyd Cushenberry is a guy who came in here and didn’t understand what we wanted to have done, and now in my opinion, he’s a guy that can come in take snaps and play a significant role. I can say that about a real majority of our freshman class. What we have to do is find out those guys who can make differences and put them in positions to do that.”

LSU opened Monday’s practice session the first “Big Cat” drill of training camp. The Tigers didn’t have any ‘live’ tackling on Monday but that is expected to change after Tuesday’s light workout as LSU works towards its first scrimmage of camp on Saturday.

“(Today) was very similar to practicing in shells,” Miles said. “We didn’t tackle today, and we didn’t go live. We have admonished players for contact that’s not prescribed. We try to determine the style of contact that the drill needs. The key word is live. If we’re going live, we’re trying to tackle, and even still, we aren’t trying to aggressively tackle or block anyone into the dirt.”

Miles said that he’s been impressed with the development of junior offensive lineman K.J. Malone, who has been working at left tackle as sophomore Maea Teuhema continues to recover from a lower leg injury. The combination of Malone getting snaps at left tackle and Teuhema playing that position all spring has helped the Tigers develop depth at that critical spot on the offensive line.

”The advantage of not having everyone healthy is that you build real depth,” Miles said. “When you get the five (offensive linemen) back, now you have three guys that can step in and play when you need them to. That’s a real advantage to us and there will be a time in a game or several where you will need those guys to have that ability and experience.”