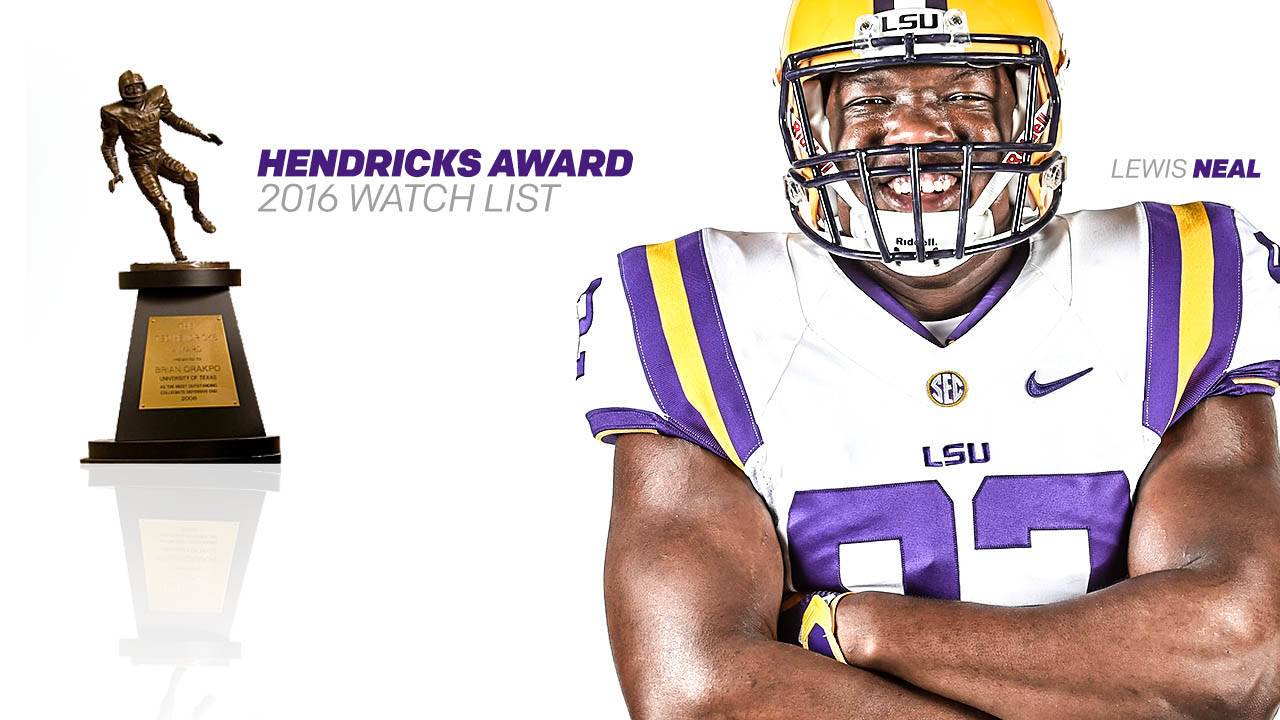 The Ted Hendricks Award is now in its 15th year of honoring the nation’s top defensive end, as Neal is one of 28 players named to the watch list, while also being one of 12 named to the list from SEC institutions.

Earlier this preseason Neal was one of five Tigers to earn a spot on the 2016 Bronko Nagurski Trophy Watch List, tying for the nation’s lead for the most from one school. Just this preseason alone LSU has 10 players selected to 13 different watch lists.

Neal led the team with 8.0 sacks that ties for 10th place in LSU single-season history, and he ranked sixth in the SEC in sacks in 2015. He recorded 48 tackles, 9.5 tackles for a loss, six pass breakups and eight quarterback hurries. Neal earned SEC Defensive Player of the Week honors after a fantastic performance against Florida in which he posted 10 tackles and three sacks in the victory.

On-field performance, exceptional winning attitude, leadership abilities, contributions to school and community and academic preparedness are some of the criteria used to determine the winner of the Hendricks Award.

The Hendricks Award voting committee will cast votes to narrow the list of candidates to 4-6 finalists, and one to choose the winner. The final mid-season watch list for the award will be announced in late November. The 2016 winner will be announced on December 7th.