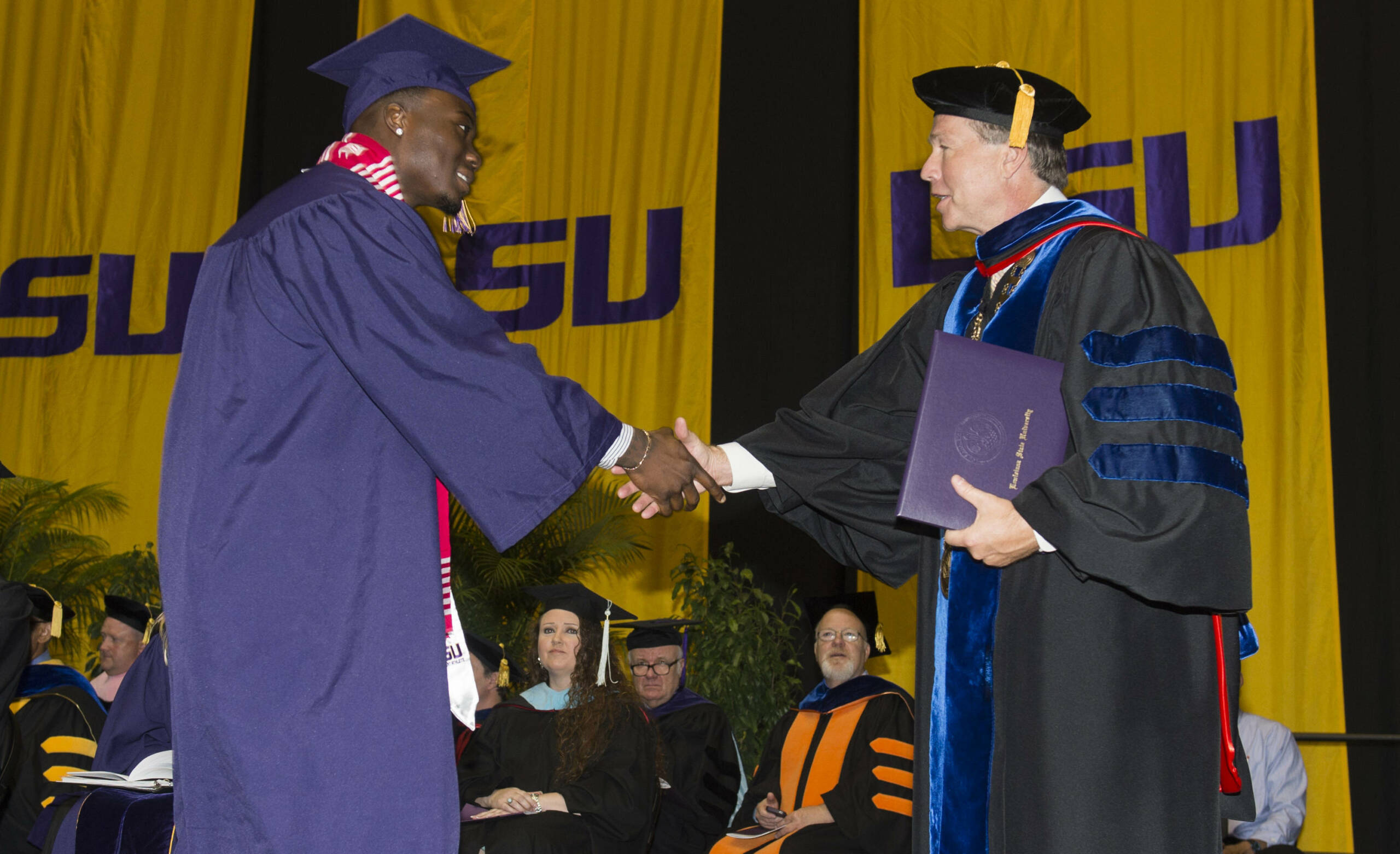 Simoneaux, a four-time NCAA Championships qualifier in the javelin as a Lady Tiger, earned her Master of Science in kinesiology after already graduating from LSU with her degree in kinesiology in May 2014.

Simoneaux has been named to the SEC Academic Honor Roll during her collegiate career and recently picked up a second-straight all-academic selection by the U.S. Track & Field and Cross Country Coaches Association. She is a former SEC Silver Medalist in 2012 and SEC Bronze Medalist in 2011 as one of the league’s leading javelin throwers.

Moore is one of the most decorated sprint hurdlers to ever wear the LSU uniform after sweeping SEC Indoor (60 hurdles) and SEC Outdoor (110 hurdles) titles and earning All-America honors with an eighth-place finish nationally in the final of the 110-meter hurdles to cap his junior season on the track in 2016. He is also the No. 2-ranked hurdler in school history outdoors with a personal-best time of 13.47 seconds.

Hall proved to be one of the SEC’s leading high jumpers in recent seasons while scoring for the Lady Tigers in each of her last four SEC Championship appearances both indoors and outdoors. A three-time participant at the NCAA East Preliminary Rounds, Hall earned a career-best fifth-place finish at the SEC Championships both outdoors in 2015 and indoors in 2016.

Twice a qualifier for the NCAA East Preliminary Rounds during her time as a Lady Tigers, Duncan’s career was also highlighted by earning All-SEC honors as a member of LSU’s silver-medal-winning distance medley relay team that finished runner-up at the SEC Indoor Championships a year ago.

Hughes finished his collegiate career as a four-year letterwinner with the Tigers while competing in such events as the weight throw indoors and discus, hammer and javelin throws outdoors from 2013-16.