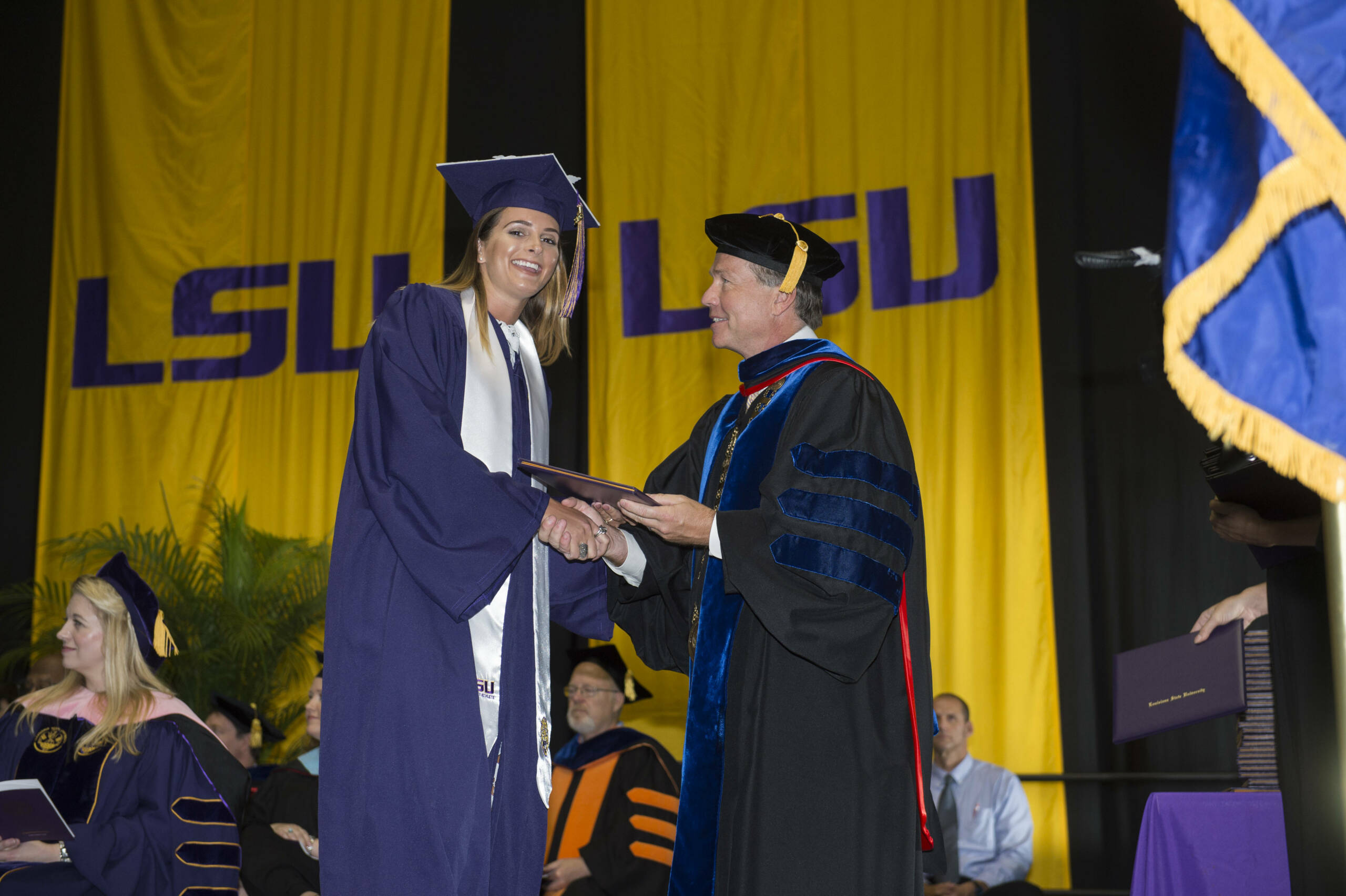 “We, in the Cox Communications Academic Center for Student-Athletes, are very proud of our student-athletes’ milestone. The 290th commencement usurps all that is going on politically and socially in Baton Rouge and nationwide,” said Kenneth O. Miles, executive director of the Cox Communications Academic Center for Student-Athletes. “It is an opportunity to highlight and affirm that academic accolades will always open the doors for the next chapter. It is a bittersweet time that those student-athletes who have left an imprint on us must now leave to serve as scholar-athletes within our communities. Once a Tiger, always a Tiger. Forever LSU!”

Earning their degrees from the College of Human Sciences & Education were Emily Ehrle, Terry Hughes, Anthony Jennings and Christian LaCouture. Receiving their master’s degrees during the ceremony were Lady Tigers Anne Pedersen from women’s basketball and Annie Simoneaux from women’s track & field.

“Graduating from college has always been a high priority goal in my life,” Scott said. “To come back to LSU after football and finish my degree means everything to my family and I.”

The other former Tiger football player returning to finish their degree was Craig Steltz, earning his in general business from the E.J Ourso College of Business. Scott and Steltz coming back to earn their degrees are a part of the Project Graduation initiative, which aids all former LSU student-athletes in helping complete the necessary course requirements to obtain their degrees.

“Everyone associated with Project Graduation never hesitated to go above and beyond to help me with finishing my degree. Although I am a former player, the individuals at LSU Cox Communications Academic Center for Student-Athletes approached my situation with the same enthusiasm as they did when I started as a freshman in 2006,” Scott said. “Words can’t express my appreciation.  Anyone thinking about coming back to finish should make the first stop at Cox Communications Academic Center for Student-Athletes and check out Project Graduation.”

Along with Steltz were John Busch, Alex Linge, Darcy Malone and Lionel Williams receiving their degrees from the college of business as well.

The final student-athlete graduate was Grant Grenfell of the men’s swimming & diving program, graduating from the LSU College of Science.