Schimpf Named NL Rookie of the Month for July 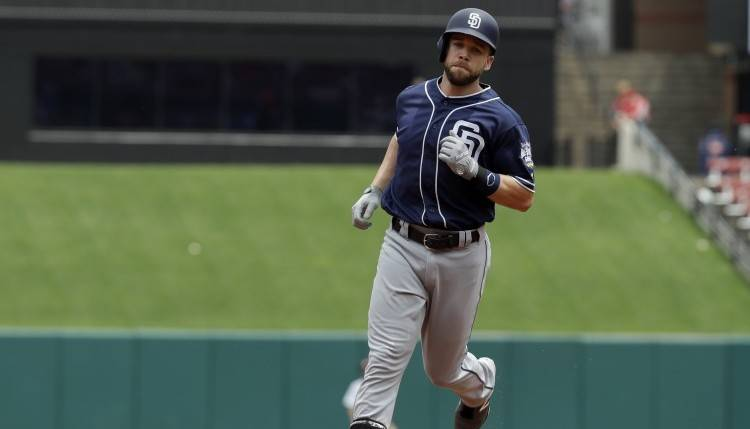 Schimpf, a Covington, La., native, blasted a franchise record nine home runs in July and became the fourth Padre in history to receive Rookie of the Month recognition. Schimpf joins Xavier Nady, Khalil Greene (twice) and Josh Barfield as the only Padres to have won the award. Barfield was the last to do so, in July 2006.

Tigers in the Major Leagues

Schimpf, who played at LSU from 2007-09, toiled for seven years in the Toronto Blue Jays’ system without receiving a big league call-up — even though he had posted some impressive statistics. He struggled after his mid-June callup to San Diego, starting just 3-for-29. But the Padres were adamant that Schimpf deserved more opportunities.

“I say it a lot, I just believe in myself,” Schimpf told MLB.com. “Even in the past, when I was in the minor leagues, I believed in myself, that I’d get here at some point.”

Schimpf launched his first career homer on July 1, and he would hit eight more, leading the Majors during the month.

“His first 30 at-bats, he had like two or three hits and didn’t look so good, but he was taking his walks, showing patience,” Padres manager Andy Green said. “Next thing you know, he’s leading all Major Leaguers in home runs in the month of July. He’s been a pleasant surprise.”

Schimpf certainly started to feel more comfortable as he got more at-bats in the big leagues.

“Just settling down, not trying to do too much,” Schimpf said. “Early on, I was having some good at-bats, just not many hits to show for it. It was just a matter of staying with the process and the approach.”