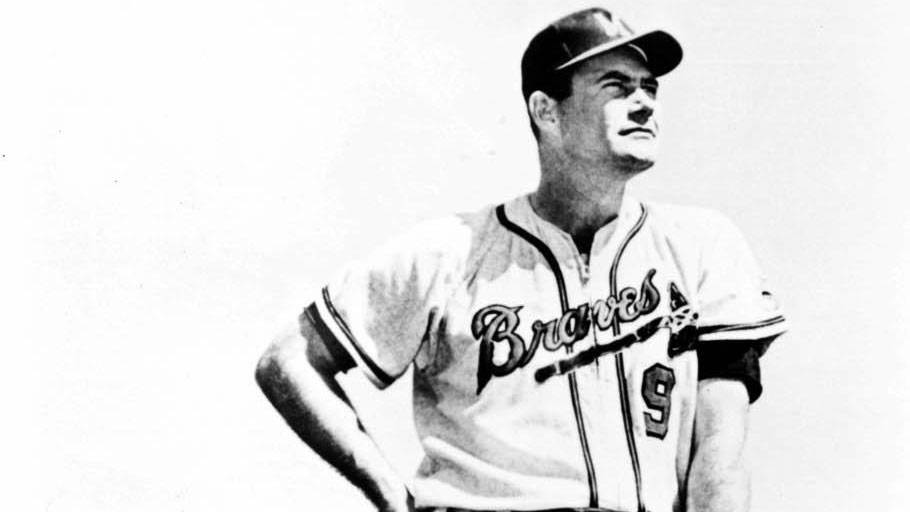 BATON ROUGE, La. – Former LSU infielder Joe Adcock, who helped lead the Milwaukee Braves to the 1957 World Series title, has been inducted into the Walk of Fame at Miller Park in Milwaukee.

The Milwaukee Brewers opened the Miller Park Walk of Fame in 2001 to honor the greatest players, coaches and administrators in Milwaukee’s Major League Baseball history. The Braves played in Milwaukee from 1953-65 before moving to Atlanta in 1966. The Brewers, founded as the Seattle Pilots in 1969, relocated to Milwaukee in 1970.

Adcock, a native of Coushatta, La., who passed away in 1999, joins select company in the Walk of Fame. Past inductees include Hank Aaron, Rollie Fingers, Paul Molitor and Robin Yount in 2001; Commissioner Bud Selig and Cecil Cooper in 2002; Bob Uecker and Harry Dalton in 2003; Jim Gantner and Gorman Thomas in 2004; Don Money and Harvey Kuenn in 2005; Eddie Mathews, Warren Spahn and John Quinn in 2007; Lew Burdette in 2010, Johnny Logan in 2013 and Teddy Higuera in 2015.

Each inductee is honored with a granite plaque that is placed into the terrace area walkway that surrounds Miller Park. The Adcock plaque is located on the outdoor plaza terrace along the left field side of the ball park.

Adcock lettered at LSU in 1947 before signing a contract with the Cincinnati Reds. He made his Major League debut in 1950 and went on to play for 17 seasons with the Reds, Braves, Cleveland Indians and Los Angeles Angels.

His 10-season tenure in Milwaukee spanned from 1953 to 1962, as he batted .285 with 239 homers and 760 RBI in 1,207 games with the Braves. Adcock notched a number of memorable feats while playing in Milwaukee. On April 14, 1953, he recorded the first base hit and scored the first run in the history of County Stadium, the Braves’ and Brewers’ home ball park until Miller Park opened in 2001.

On July 31, 1954, Adcock belted four home runs with a double at Brooklyn’s Ebbets Field, setting a single-game record of 18 total bases, a mark which lasted 48 years.

Adcock was a member of the Braves 1957 World Championship team that defeated the New York Yankees in seven games. He drove in the lone run in a 1-0 Game 5 World Series win.

Adcock, a 1960 National League All-Star, ranks third in Milwaukee Braves history in hits (1,206), home runs, RBI and total bases (2,164). He was inducted into the LSU Athletic Hall of Fame in 1978, and he is also a member of the Louisiana Sports Hall of Fame.