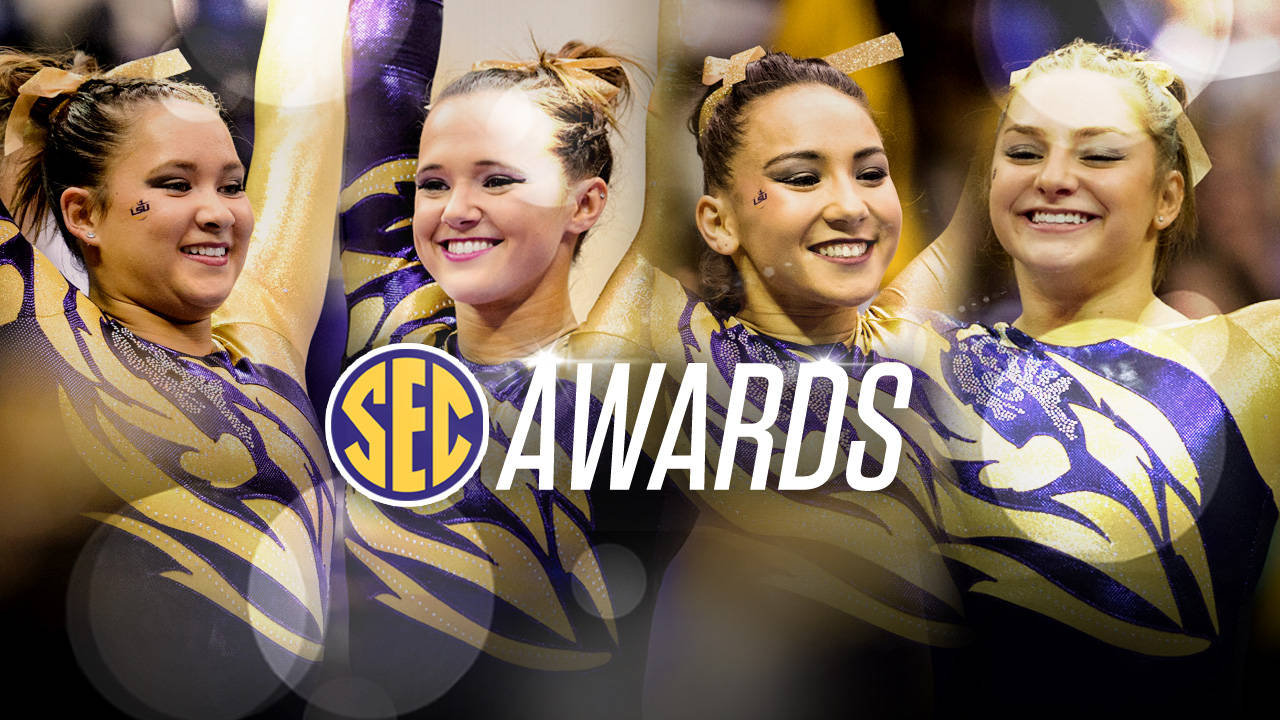 BATON ROUGE – Adding to what has already been a phenomenal season, LSU gymnast Ashleigh Gnat was honored as the Southeastern Conference Specialist of the Year, the league office announced Thursday.

In addition, Sarah Finnegan, Myia Hambrick and Gnat were recognized as All-SEC performers for their efforts at the SEC Championship on March 19.

Finnegan and McKenna Kelley earned SEC All-Freshman Team honors for their performances at the SEC Championship.

A junior from Lake Mary, Florida, Gnat has excelled on vault, floor and beam this season. She ranks No. 1 nationally on vault and floor and is No. 17 on beam.

Gnat captured the SEC floor title with her sixth perfect 10.0 of the season at the SEC Championship to become LSU’s 18th SEC champion overall and the fifth to win the floor title.

This season Gnat leads the SEC with 22 individual titles, including a league-best nine on vault and nine on floor.

Gnat’s six perfect 10s (four on floor, two on vault) are the most by an LSU gymnast in one season.

Gnat earned All-SEC honors by winning the floor title and earning the second-highest score (9.90) on vault at the SEC Championship.

Hambrick captured her second All-SEC honor by finishing second on bars with a 9.925 at the SEC Championship. Last season Hambrick earned All-SEC honors on vault.

Finnegan nabbed All-SEC recognition by placing second on beam with a 9.925 at the SEC Championship.

No. 3 LSU (18-4) returns to action at the NCAA Athens Regional hosted by Georgia on April 2. The Tigers are the No. 1 seed and will compete for a spot at the NCAA Championship against No. 10 Georgia, No. 15 Oregon State, Arizona, George Washington and Michigan State.

Tickets to the regional are available for purchase at www.NCAA.com/tickets.