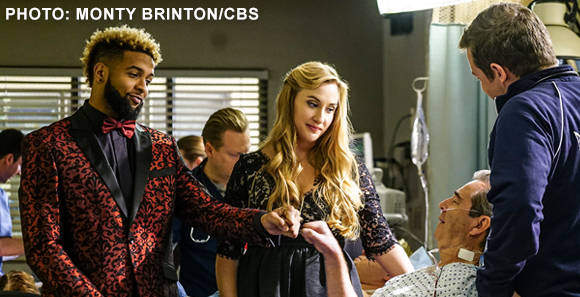 BATON ROUGE – From the football field to the small screen, former LSU standout Odell Beckham Jr. will make his acting debut next month as he will guest star in the CBS medical drama “Code Black” on Wednesday, Feb. 10.

“Code Black” airs in Baton Rouge on WAFB and can be seen each week at 9 p.m. CT. Beckham’s, appearance on the drama will be his first on the small screen, although he has appeared in numerous commercials including spots for Head & Shoulders, Foot Locker, and NFL.com.

The following is a synopsis for the episode:
While headed to a Valentine’s Day charity luncheon where Beckham is being honored, Pete suffers severe abdominal pain and his concerned daughter, Mia, brings him to Angels Memorial Hospital. Beckham later arrives in the Emergency Room to convince his stubborn high school football coach to have surgery that will save his life.

The “Code Black” appearance will cap a big week for the former LSU star as on the night of Super Bowl 50, Beckham will appear in a Buick TV ad alongside actress and model Emily Ratajkowski. Ratajkowski is best known for her starring role in the critically acclaimed film “Gone Girl.”