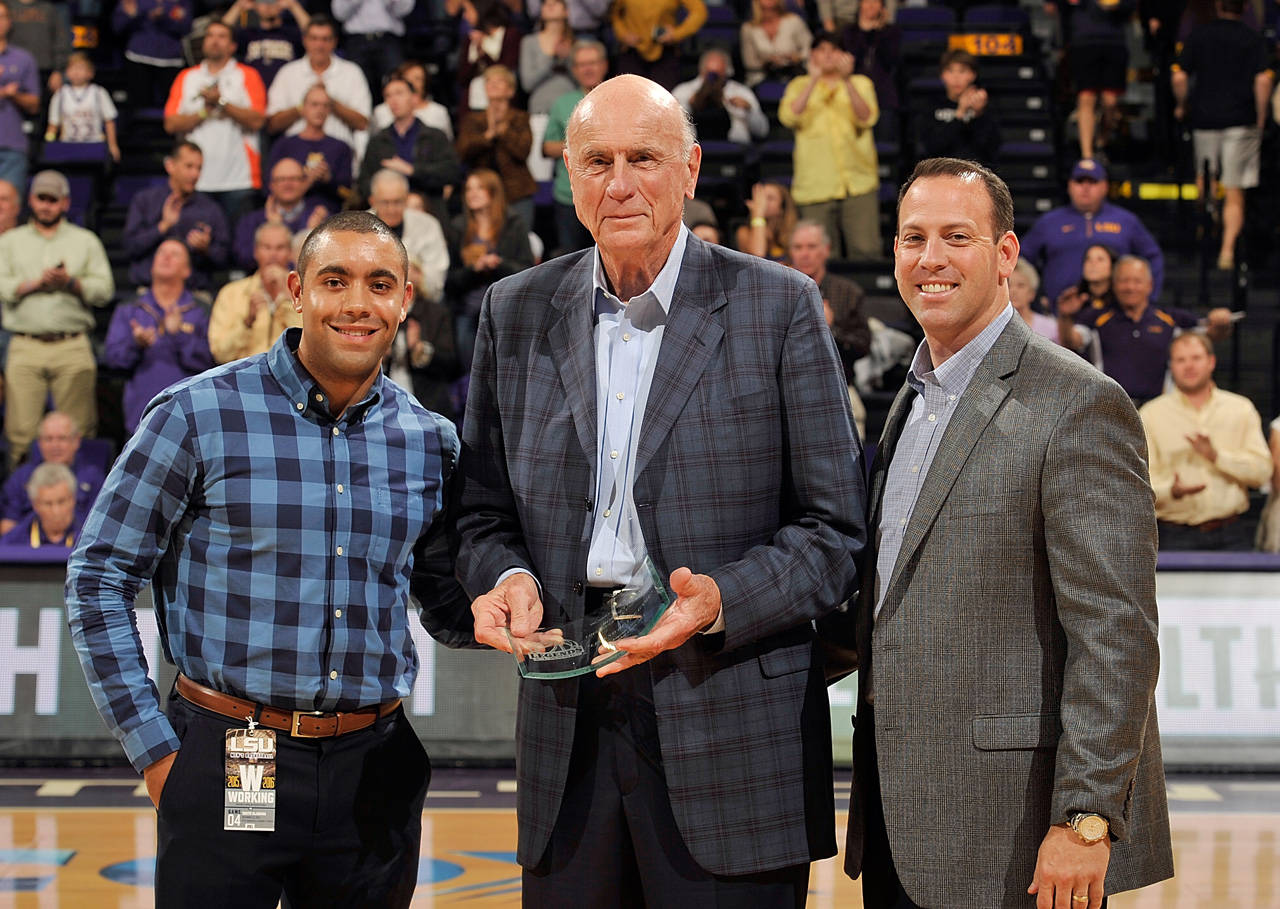 BATON ROUGE – LSU Vice-Chancellor/Director of Athletics Joe Alleva announced on Friday that the LSU Athletics Department has commissioned a statue of LSU All-America and NBA star Bob Pettit, which is expected to be unveiled prior to the conclusion of the 2015-16 basketball season.

The life-size statue will be placed in the area in the front of the Basketball Practice Complex near the present location of the Shaquille O’Neal statue and next to the new LSU Gymnastics Practice Facility.

“Bob Pettit’s LSU and NBA credentials speak volumes of his star quality and his lasting recognition as one of the stars of the game,” said Alleva. “He is truly an ambassador of the game of basketball, and for LSU, and we are honored to be able to soon dedicate this statue in his honor.”

“This is the greatest honor that could ever be bestowed on me,” said Pettit about the statue. “It is great to be recognized at such a wonderful institution that has always held a very special place in my heart. I want to acknowledge all the individuals who have made this possible and give a special thanks to everyone that has helped me with all that I have accomplished in my life.”

Saturday, Pettit will celebrate birthdate number 83. He was born in Baton Rouge on Dec. 12, 1932, and LSU Athletics joins everyone in wishing Bob a Happy Birthday!

Further details on the statue unveiling will be available later in the year.