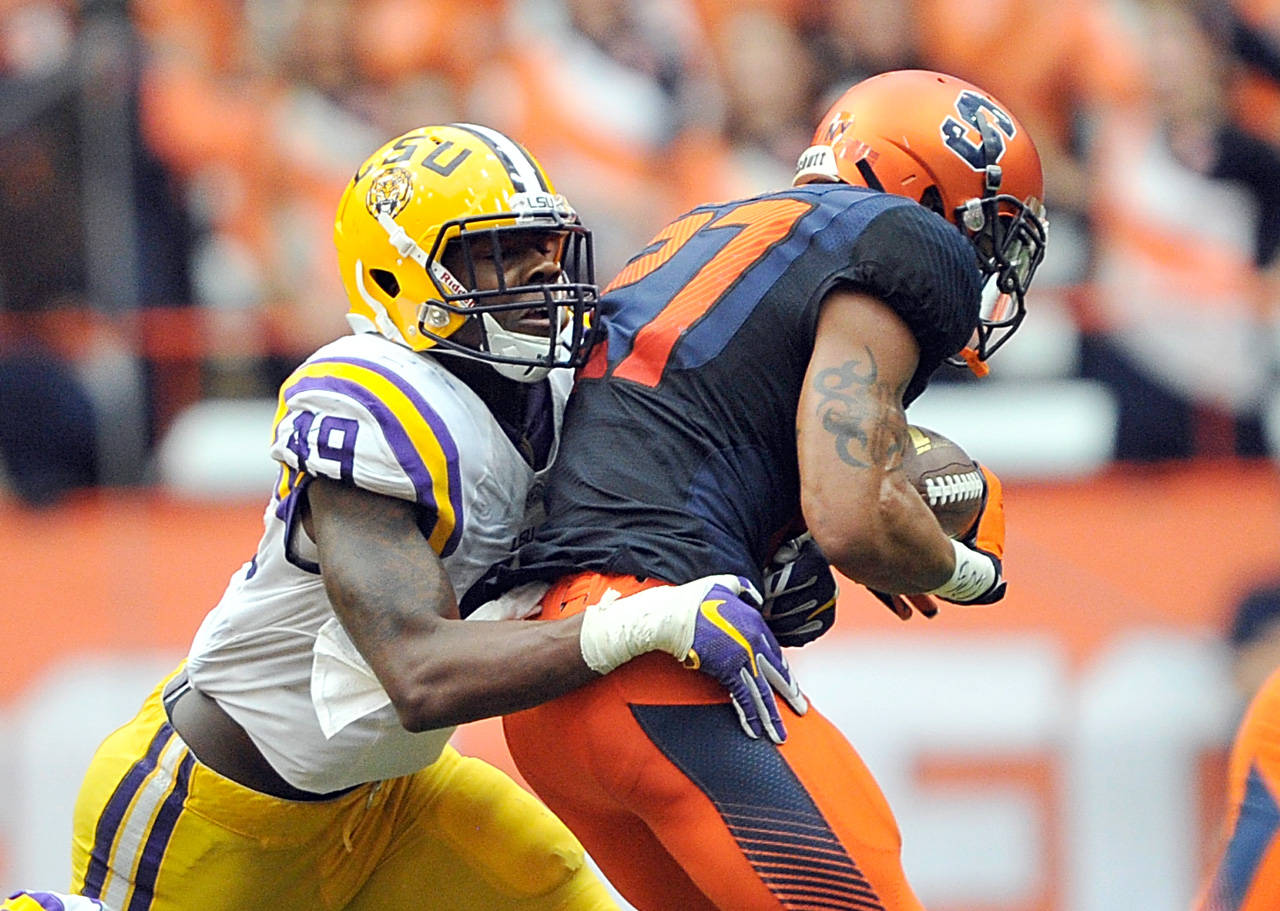 BATON ROUGE – LSU’s trip to the Northeast proved to be great exposure for the Tigers as the LSU-Syracuse drew the highest-rating of any game on ESPN last week, the network announced on Wednesday.

The LSU-Syracuse game, which the Tigers won 34-24 behind 244 rushing yards from sophomore sensation Leonard Fournette, had 3.2 million television viewers. It was also the most-viewed game on WatchESPN with an average minute audience of 72,000 people and 359,000 unique viewers.