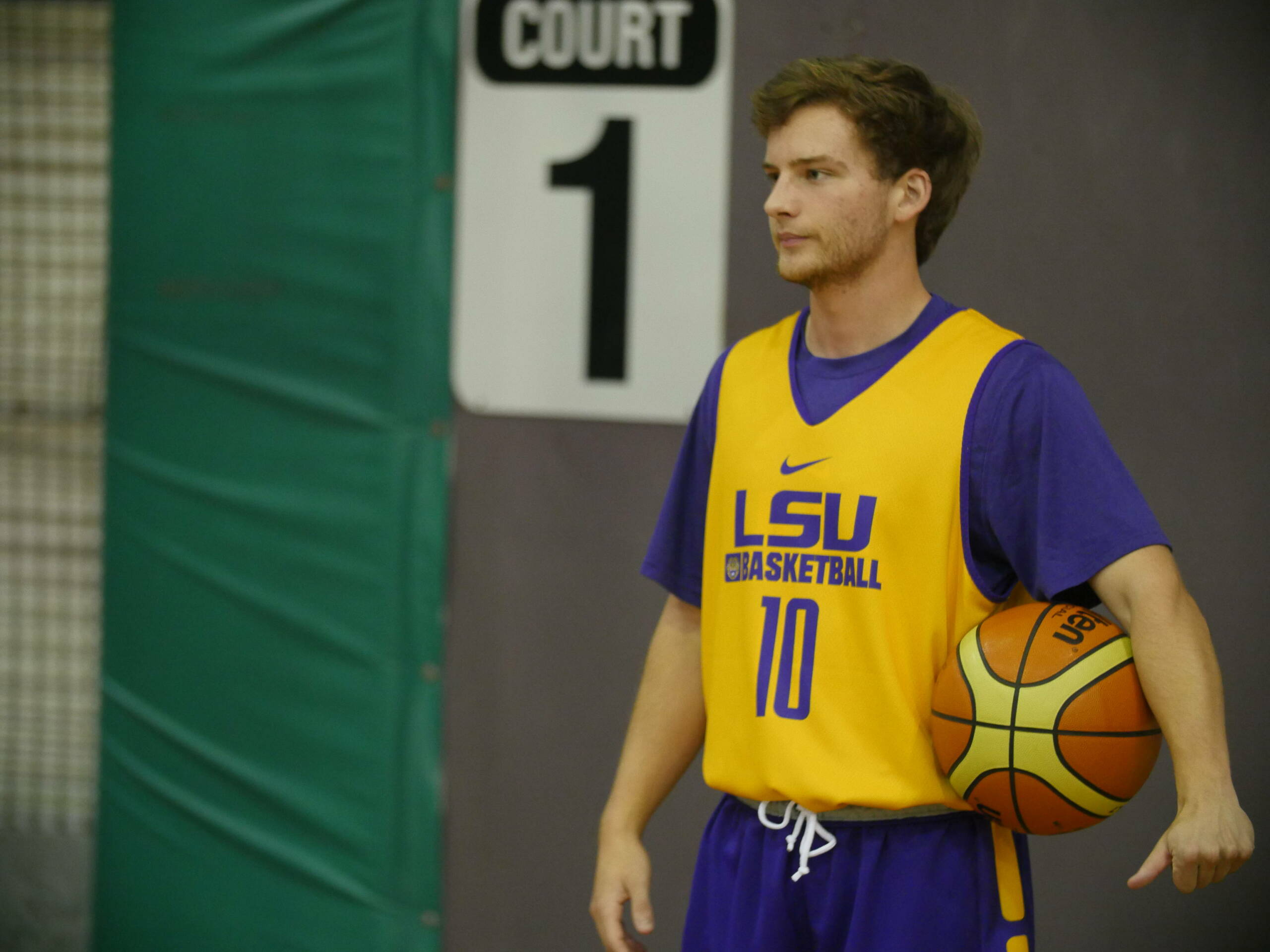 BATON ROUGE – The E.J. Ourso College of Business has announced that LSU men’s basketball player Henry Shortess has been named as one of the 2015-16 inductees into the “Society of Rucks Fellows” for his academic achievement in the college.

Shortess, who is in his third year with the LSU men’s basketball program, was a member of the SEC Academic Honor Roll this past year and at LSU’s most recent football game against Auburn was on the field as one of the student-athletes recognized for a 3.0 GPA.

“Being named a Rucks Fellow is an honor only a select group of people enjoy,” said Dr. Richard D. White, Jr., the Dean and Ourso Distinguished Professor at the Ourso College of Business. “To accomplish such a thing as not only a student, but a student-athlete, is a remarkable feat.”

Thanks to a generous gift from William W. and Catherine M. Rucks, ten students are recognized each year as Rucks Fellows. Selected by the faculty, the Rucks Fellows represent the highest level of academic achievement among senior management majors. To enrich their development as future business leaders, these students receive opportunities not available to others, including the chance to interact with faculty and business leaders at special events, preferential enrollment in management courses, recognition during graduation, and the right to identify themselves as Rucks Fellows.

To qualify for recognition as a Rucks Fellow, a senior management major in any of the department’s concentrations – management, entrepreneurship, or human resources – must have a grade point average in the Top 10 of all graduating seniors in the management curriculum.

“I am honored to have been named a Rucks Fellow, and would like to thank my professors, as well as Mr. and Mrs. Rucks, whose generous contributions to the E. J. Ourso College of Business help make it such a wonderful place to learn,” said Shortess. “I am excited to continue my graduate studies and look forward to earning my degree in May.”

Shortess is a Baton Rouge native who attended University High where he was a member of the National Honor Society.