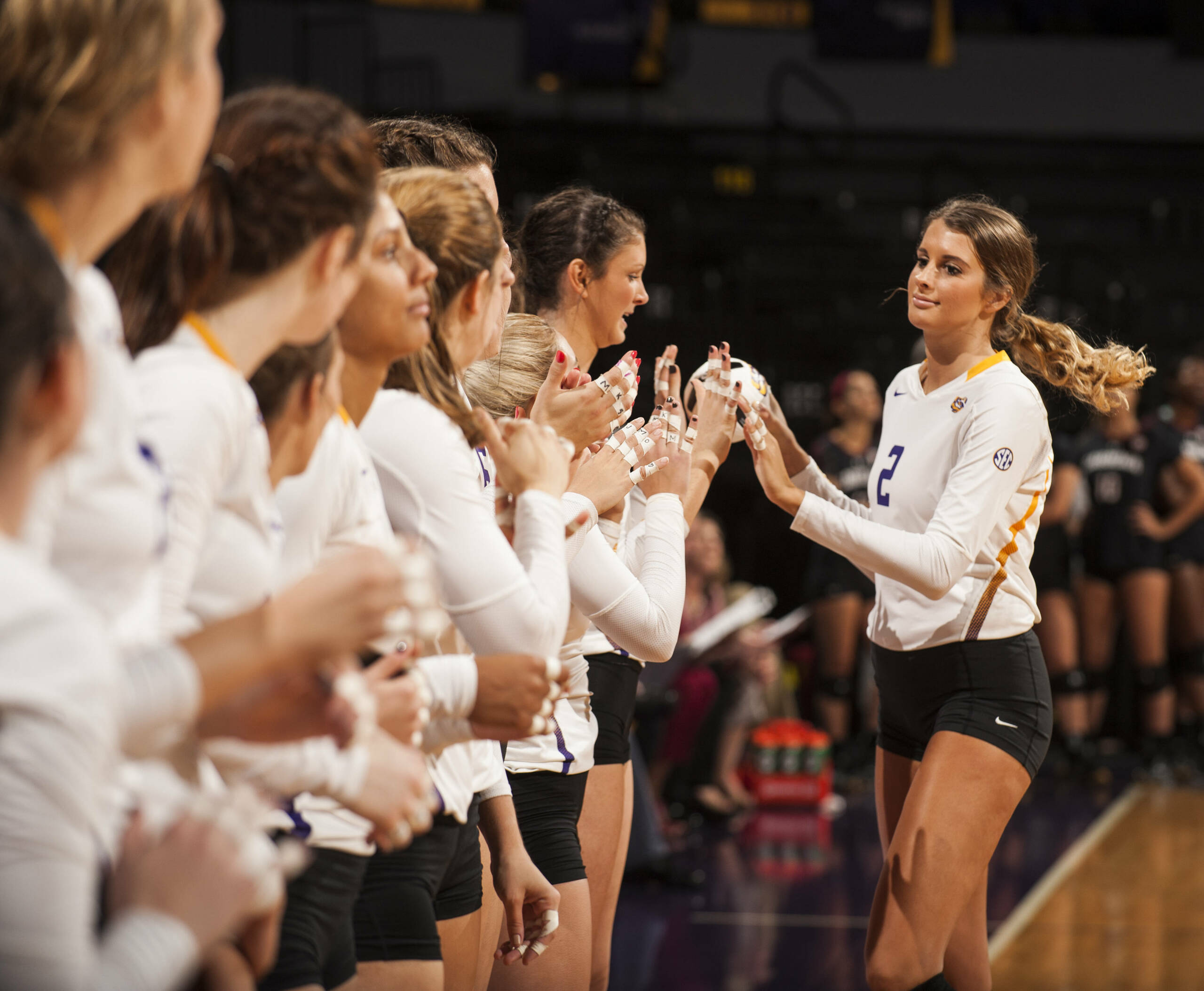 Notes on the Tigers
LSU opens the month of October with a pair of SEC road matches at Georgia and Auburn this weekend… The Tigers hit the road for these two before hosting the next three at home over the course of two weeks beginning next Wednesday… The team was 5-5 during the month of September, winning four of their last five to close the first full month of the season at 5-8 overall… The Tigers split their opening pair of conference matches last week, falling in five to Arkansas before sweeping South Carolina… The win over the Gamecocks was the first in the Maravich Center for the group this season… The Tigers will be looking to improve its road record this weekend which stands at 1-2… The Tigers opened conference play on a strong note as the team is hitting .212 after its first two league matches, 58 points higher than their overall season number… LSU is averaging nearly three blocks per set after the first two league contests at 2.88, including having a season-high 14 against South Carolina on Sunday… The Tigers still lead the league in digs per set, averaging 17.02 per outing… Senior Cati Leak leads LSU averaging 3.63 kills per set this season and service aces with 17, sitting second on the team in digs with 147 for a 3.00 average… Freshman Toni Rodriguez finished second on the team in kills after the two matches, finishing with 23, averaging 2.88 per set and hitting .262… Against Arkansas Rodriguez hit .314, the fourth highest mark for an individual this season, with 15 kills… Gina Tillis was the only player with double figure kills in Sunday’s match, tying her season high with 14… Cheyenne Wood continues to lead the setters, averaging 5.67 per set, while Lindsay Flory is second averaging 3.59… Wood served up more than her average in the last two matches with 49 for a 6.12 average… LSU out-blocked its opponents 23-12 last week, as eight LSU players finished with no less than three… Senior Emily Ehrle and junior Tiara Gibson led the way with nine each, as Ehrle had a career-best seven against Arkansas, while Gibson and Tillis had six each against South Carolina… Gibson leads the team with 28 total blocks while Ehrle has 27… Haley Smith remains in the top five in digs per set, averaging 4.65 as she is now fifth all-time in the category at LSU… Smith was third in assists with 11 in the two matches, having six against the Razorbacks.