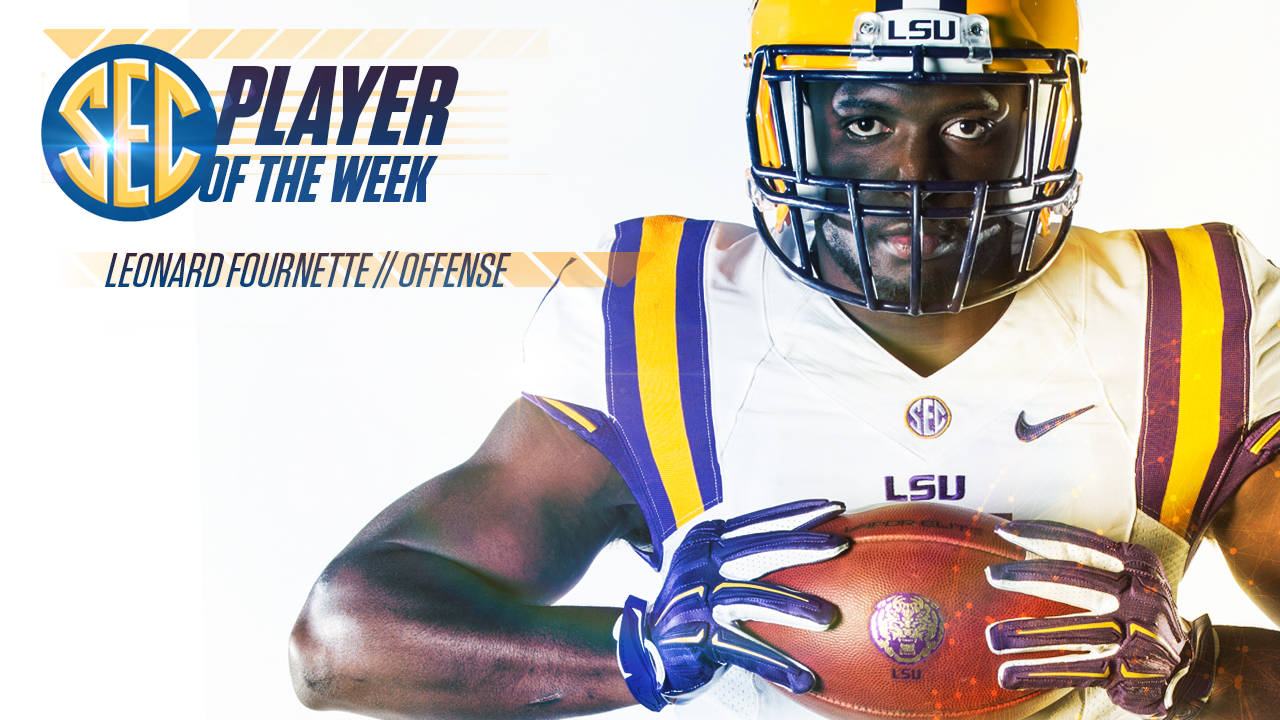 BATON ROUGE – LSU running back Leonard Fournette has been named the Southeastern Conference Player of the Week for a third consecutive week, the league office announced on Monday.

Fournette has the most rushing yards for any player in LSU history through the first three games of a season with 631 yards and eight touchdowns on 73 carries. He’s averaging 8.6 yards per carry. The 631 yards through three games is also the most of any FBS player over the last 15 years.

Fournette has eight 100-yard games to his credit, including five straight dating back to last year. LSU is 7-1 when Fournette reaches the 100-yard mark.

The following is a look at LSU’s SEC and National Player of the Week honors in 2015: