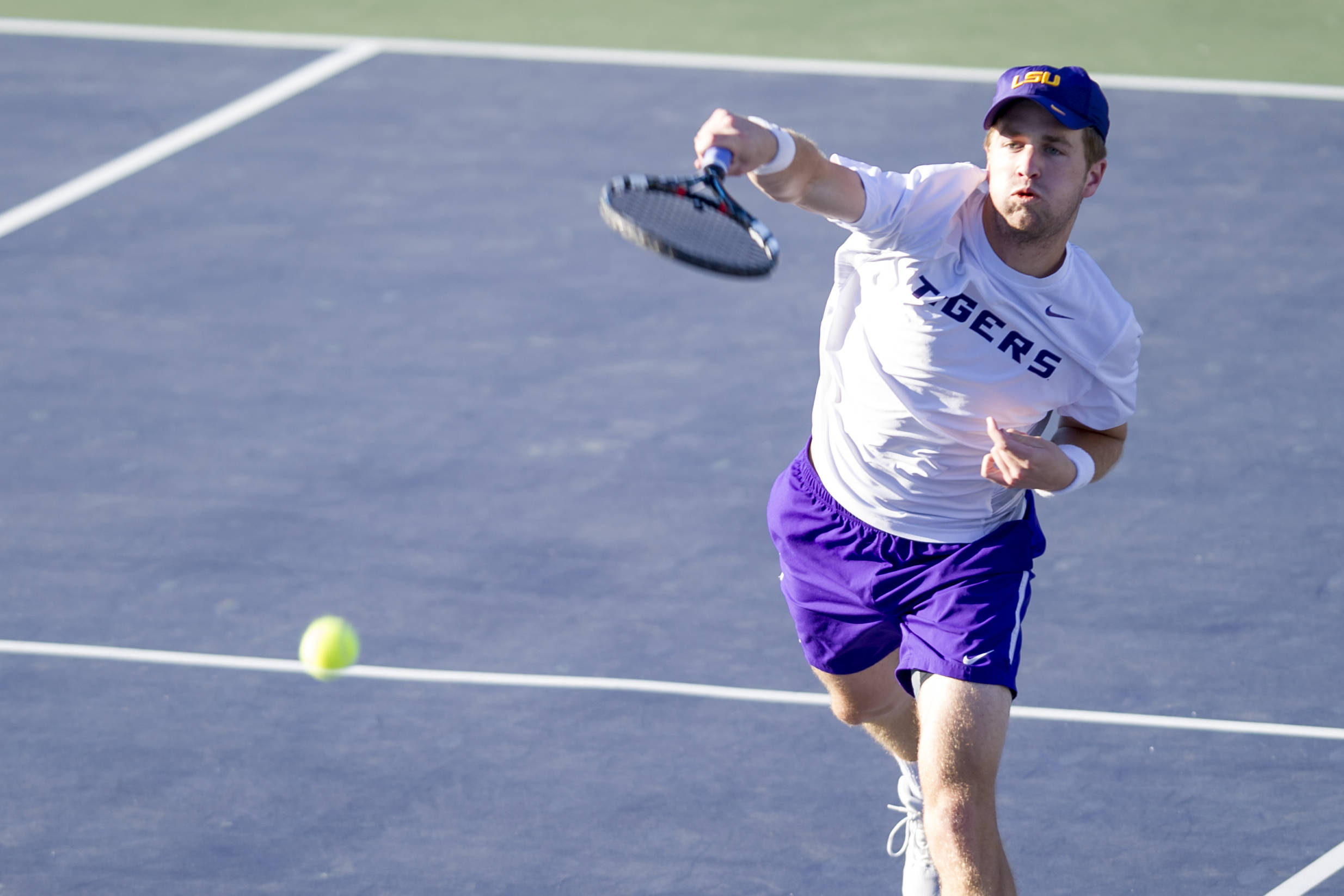 Due to weather, the match was moved indoors, but because of the new tennis facility at LSU, this Tiger was ready to play.

“It started off really well,” Daigle said. “I lost a little bit of focus in the second set but once the third set started I kind of regrouped mentally and played really well to close out the match.”

After a great first set, Daigle fell behind, having to go into a third set to decide the match.

“Jordan got off to a good start, serving really well and really taking the opportunities on the other guy’s serves,” said Head Coach Jeff Brown. “He did a really good job after the second set, gathering himself and handled a little more adversity about midway through.”

Three Tigers will head to Tulsa, Okla. for the ITA All-American Qualifying event October 5-7 followed by the All-American Championships October 8-12.