Two Lady Tigers Under Par on Day 1 at ANNIKA 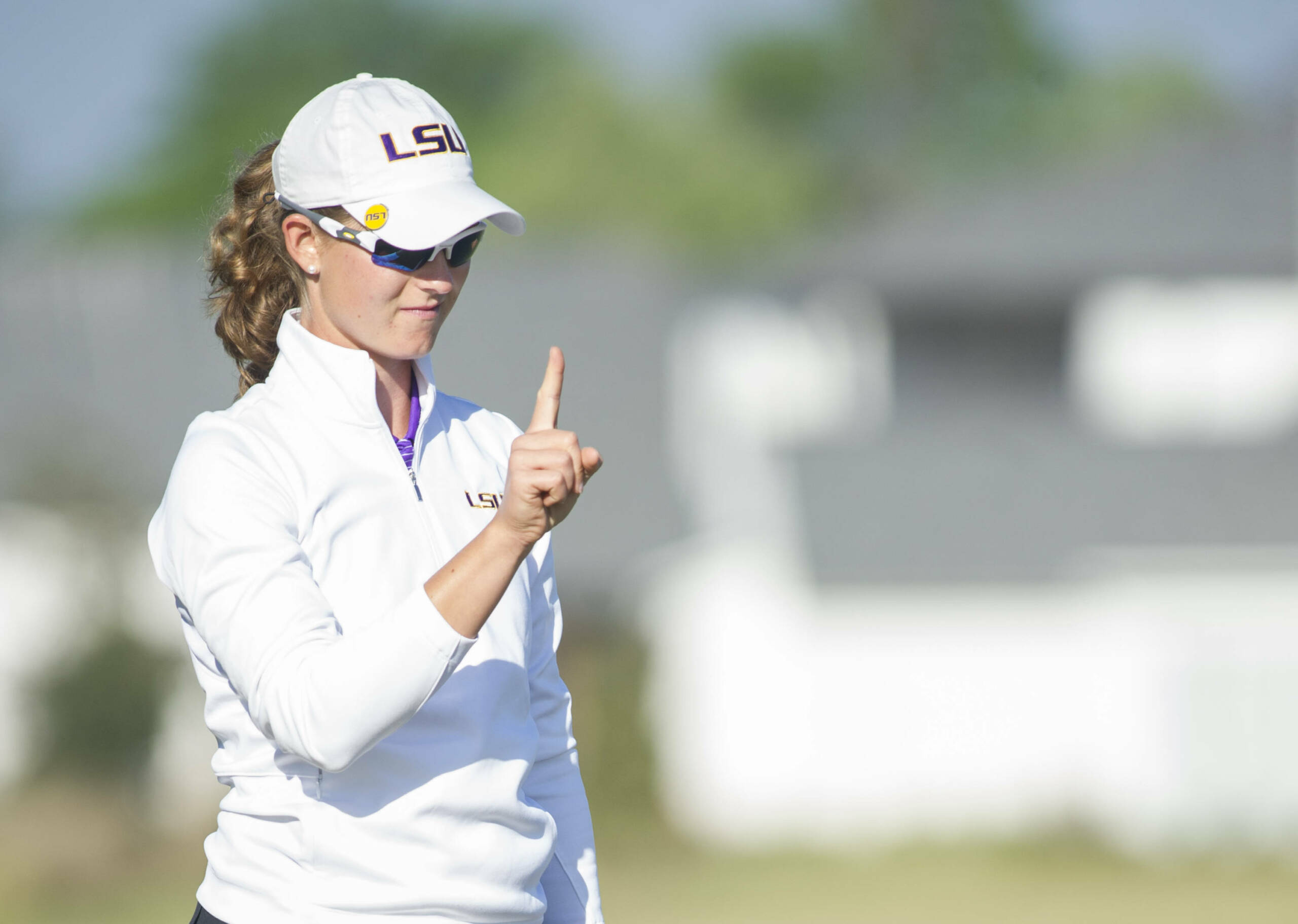 ORLANDO, Fla. – LSU freshman Kathleen Gallagher birdied four of the first 12 holes en route to a 3-under par 69 to pace the Lady Tiger Golf Team in the first round of the ANNIKA Intercollegiate at the Reunion Resort Watson Course Sunday.

Gallagher is in a group tied for eighth place after 18 holes entering Monday’s second round.

Also under par for LSU is senior Nadine Dreher, who posted a 1-under par 71.

Gallagher, the daughter of professional golfer/Golf Channel analyst Jim Gallagher, Jr., and former LSU women’s golfer Cissye Meeks Gallagher, got out quickly on her round with birdies (starting on the back nine) on hole 10 (par 4, 371 yards) and 13 (par 4, 358 yards). She followed after the turn with birdies on the par 5 first (508 yards) and par 3 third (130 yards) to get to 4-under before her only bogey of the round on the par 4 fourth.

Dreher made a tremendous rally in her round, bogeying three of the first seven holes, before posting four birdies over the final 11 holes to get to 1-under 71, T20 after the opening round.

The individual lead is held by Katelyn Dambaugh of South Carolina at 7-under 65.

The Lady Tigers also counted a 73 by senior Elise Bradley and a 78 by junior Caroline Nistrup.

The second round begins at 7 a.m. CT with LSU playing off the back nine with UCF and Washington. Live scoring will be provided by LSUsports.net through Golfstat.com and information about LSU women’s golf at www.Facebook.com/LSUwomensgolf and @LSUwomensgolf on Twitter and Instagram.