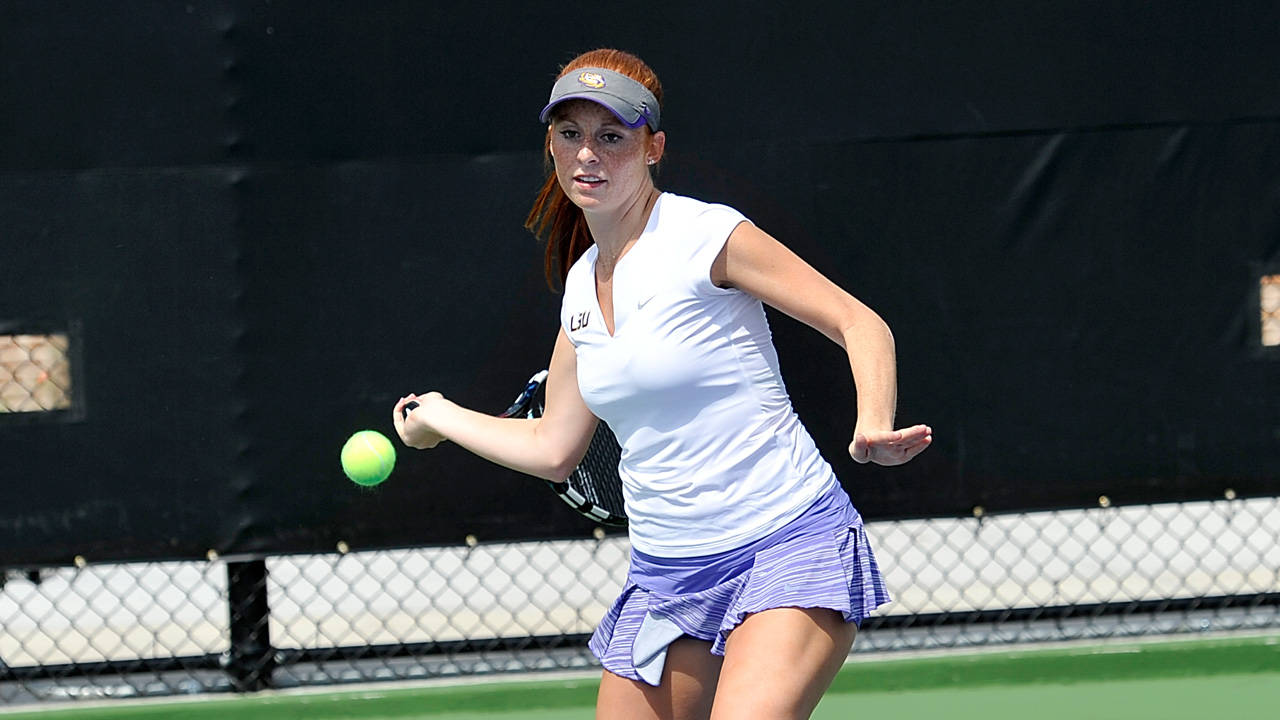 Owens started the fall strong by winning five straight matches. Owens defeated Pittsburgh’s Carina Ma 6-0, 6-2 and UIC’s Oana Manole 6-2, 6-1on Friday. The Duluth, Georgia native reached the championship final by earning a 7-6, 6-3 win over Zaina Sufi of Depaul and a 6-4, 6-3 win over Jillian Rooney of Northwestern on Saturday.

“This tournament was an ideal way to start the fall,” co-head coach Julia Sell said. “We got a ton of quality matches and return to Baton Rouge as a better team. Abby competed hard all weekend, despite competing under the weather, and came out undefeated in singles. Now we need to get healthy and continue working on our fitness.”

Skylar Holloway, Ryann Foster and Ella Taylor also earned wins on the final day of the Invite. Holloway defeated Lee Or 6-3, 6-4 and Taylor earned a 6-1, 5-7, 6-3 victory over DePaul’s Zaina Sufi. Foster also wrapped up her first competition as a Lady Tiger with a 6-2, 6-1 victory over Emily Metcalf of Michigan State.

In doubles, Taylor and Owens combined for two wins over UIC’s team of Oana Rachel Manole and Lecomber as well as Pitt’s team of Frey and Clara Lucas. Foster and Holloway also teamed up to defeat Renu Sharma and Anna Veleva of EMU, 6-1.

The Lady Tigers return home to Baton Rouge for a week of training before competing at ITA All-Americans at the Riviera Club in Pacific Palisades, California. Competition begins Saturday, October 3 and concludes Sunday, October 11.