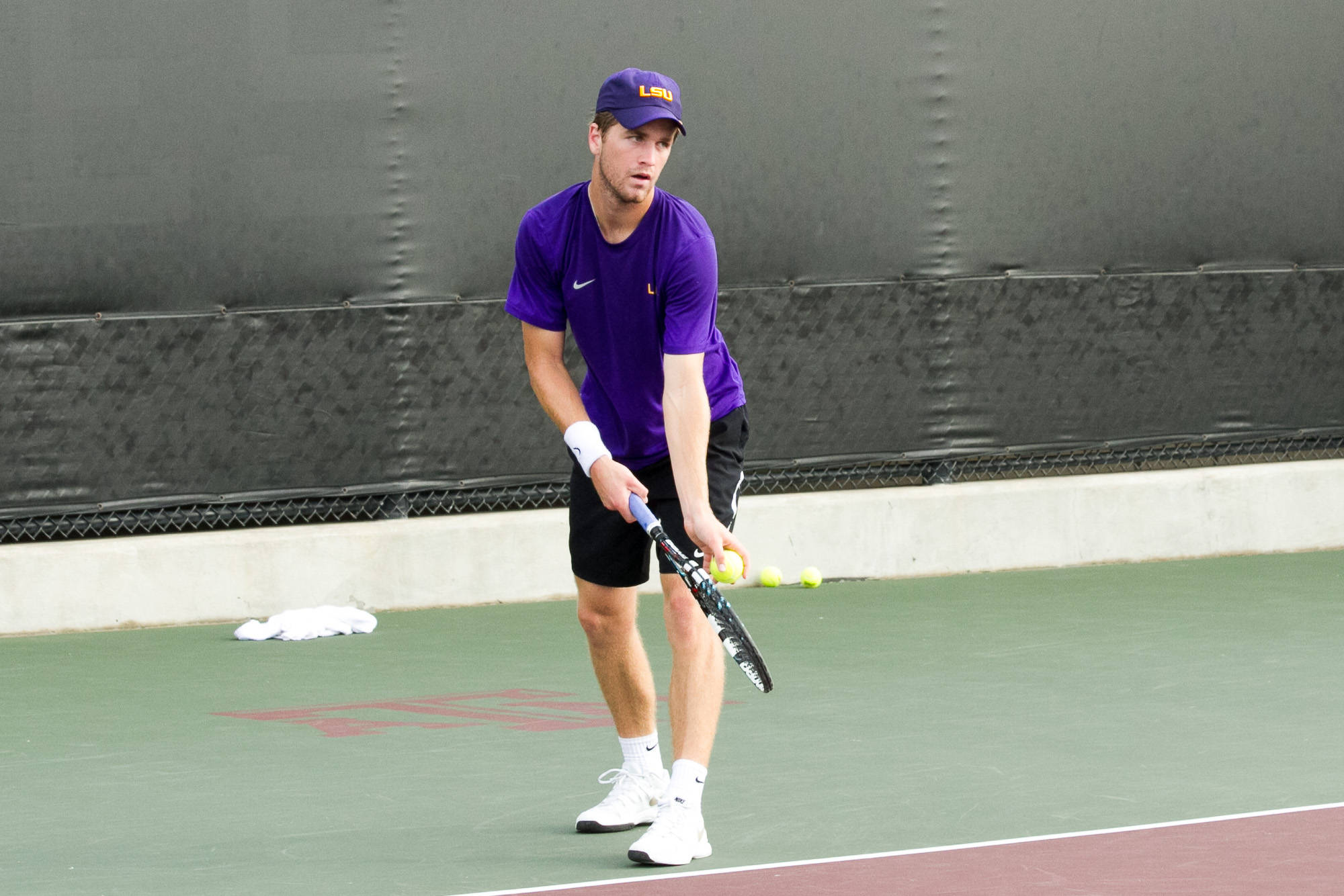 LAFAYETTE, La. – LSU’s Jordan Daigle picked up a win, Saturday against the University of Georgia’s Paul Oosterbaan in straight sets, 6-4, 6-2, to send himself to the championship round that will take place Sunday.

In the singles semifinals, Justin Butsch was able to win eight games against the No. 42 Nick Crystal of USC. Although that was not enough to win the match, Butsch played well against a top 50 opponent.

“Jordan was able to dominate from the beginning and he did not let up,” Head Coach Jeff Brown said. “Justin gave himself a chance even though he did not play his best so that is all you can ask for on that kind of day.”

“It should be a high level finals tomorrow we are looking forward to it,” Coach Brown said.