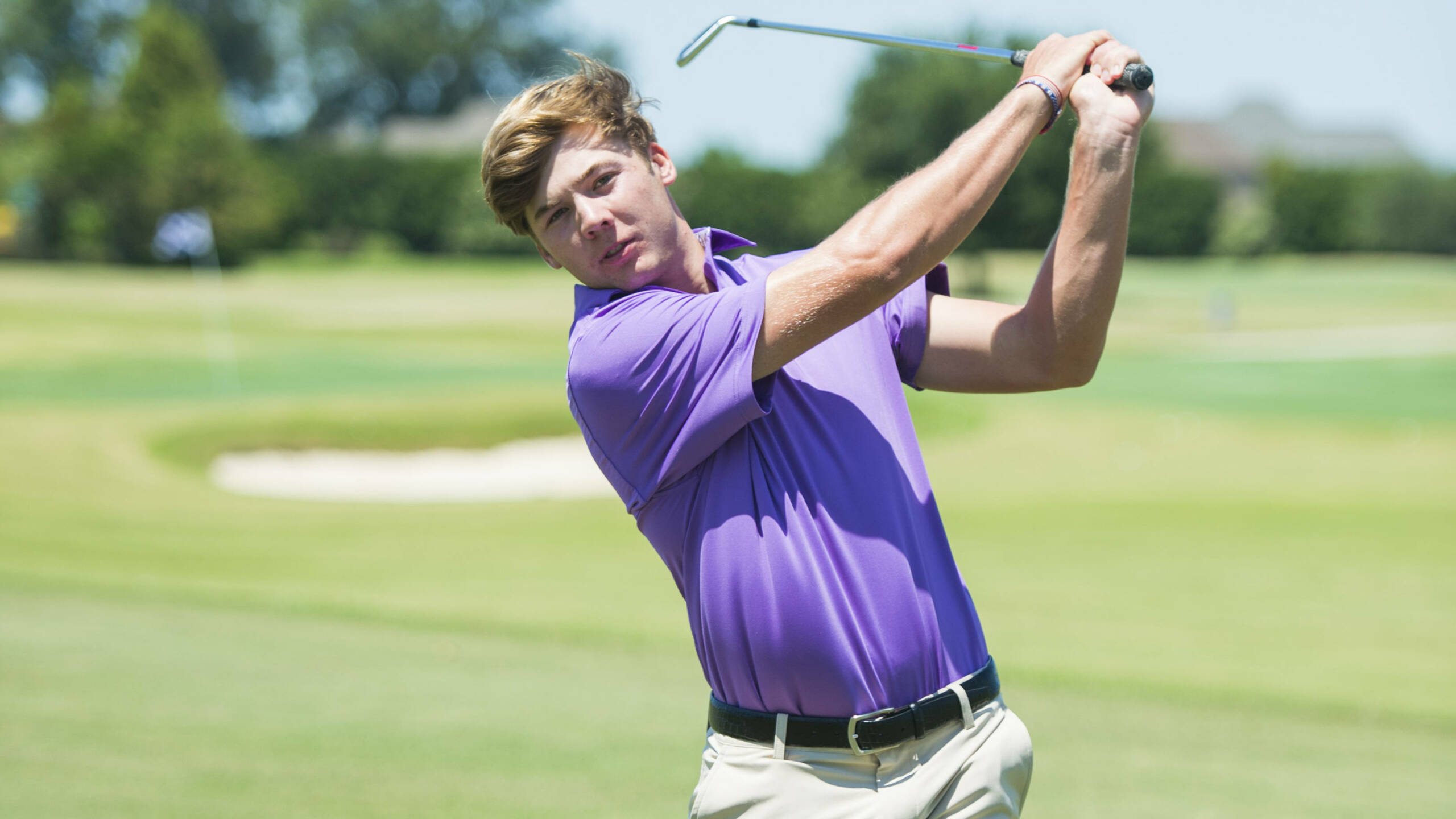 BURLINGTON, Iowa – Two members of LSU’s heralded 2015 recruiting class fired the Tigers up the standings with career lows in Saturday’s second round at the Golfweek Conference Challenge as Sam Burns fired a 4-under par 68 and Nathan Jeansonne posted a 1-under par 71 in the event being held at Spirit Hollow Golf Course this weekend.

Burns catapulted himself 18 spots up the leaderboard into a tie for 13th place overall as he finished the day with a 36-hole score of 2-under 142 after opening the event with a 2-over 74 in Friday’s first round. Jeansonne followed a 4-over 76 in his debut round with the Tigers on Friday with a 1-under 71 on Saturday to climb into a tie for 35th place overall at 3-over 147 for the weekend.

Their efforts helped the Tigers break par on the day as they posted a team score of 2-under par 286 on Saturday afternoon to move into a tie for ninth place at 8-over par 584 for the championship.

Burns, who opened his collegiate career by firing a 3-under 69 in the first round at the Carpet Capital Collegiate Classic two weeks ago, dropped his career-best round by one stroke on Saturday as he carded five birdies and just one bogey en route to a 4-under 68 at the par-72 Spirit Hollow Golf Course.

Burns bogeyed his first hole of the day at the par-five 10th after teeing off from the back nine, but quickly rebounded with his first birdie at the par-three 12th to move back to even-par and made the turn at 1-under par after making birdie at the par-four 16th to dip into red figures for the first time. He then torched the front nine with a 3-under 33 thanks to birdies at the par-five second, par-five fourth and par-four sixth holes to card a brilliant round of 4-under 68 on the day and break par through 36 holes of the championship.

While playing in his first tournament as an LSU Tiger, Jeansonne broke par for the first time in his collegiate career as he traded a birdie at the par-three 12th hole with a bogey at the par-four 13th hole before carding yet another birdie at the par-five second hole for a 1-under 71. It was a round that propelled Jeansonne 13 spots up the leaderboard into a tie for 35th place overall.

Burns and Jeansonne are now playing as Tigers after competing as high school teammates at Shreveport’s Calvary Baptist Academy during their prep careers where they were two of the nation’s top recruits.

Fellow Shreveport native and junior All-American Eric Ricard bounced back from his 4-over 76 in Friday’s first round with an even-par 72 in Saturday’s second round to finish off the day in a tie for 39th place at 4-over par 148. Senior All-American Zach Wright added a 3-over 75 to LSU’s team total in the second round to finish the day in a tie with Jeansonne for 35th place overall at 3-over 147 for 36 holes.

Junior Rhyne Jones rounded out the LSU lineup with a 4-over 76 on the day to finish in a tie for 59th place on the leaderboard at 9-over 153. Jones opened the tournament by posting a 5-over 77 in Friday’s round.

Tournament host Iowa flipped the script on first-round leader NC State as the Hawkeyes claimed the team lead through 36 holes thanks to their 15-under par 273 on Saturday for a two-day total of 19-under par 557 for the weekend. After opening the tournament with a round of 19-under 269 on Friday, the Wolfpack managed a 7-over 295 on Saturday to trail Iowa by seven shots in second place at 12-under 564.

Kansas State ended the day 12 shots off the pace in third place at 7-under par 569, while Idaho followed in fourth place at 6-under par 570 and SMU rounded out the top five in fifth place at 3-under par 573.

After firing a 6-under 66 in the first round to finish the day in a four-way tie for first place, Iowa’s Raymond Knoll added a 5-under 67 in the second round to jump out to a four-shot individual lead with just one round to play at this year’s Golfweek Conference Challenge. San Jose State’s Cody Blick fired the low round of the day at 7-under 65 to finish in second place at 7-under par 137.

The Tigers are paired with Army and San Jose State in Sunday’s final round as they will tee off on holes Nos. 12-15 with a shotgun start scheduled for 8:30 a.m. CT. Golfstat will provide live scoring of the final round from Spirit Hollow Golf Course as fans can follow the action online at http://golfstat.com. They can also receive live updates of the final round by following @LSUMensGolf on Twitter at http://twitter.com/lsumensgolf.