No. 24 Soccer Looks to Bounce Back at Ole Miss

by Will Stafford (@WillStaffordLSU)
LSU vs. Ole Miss Game Notes +0 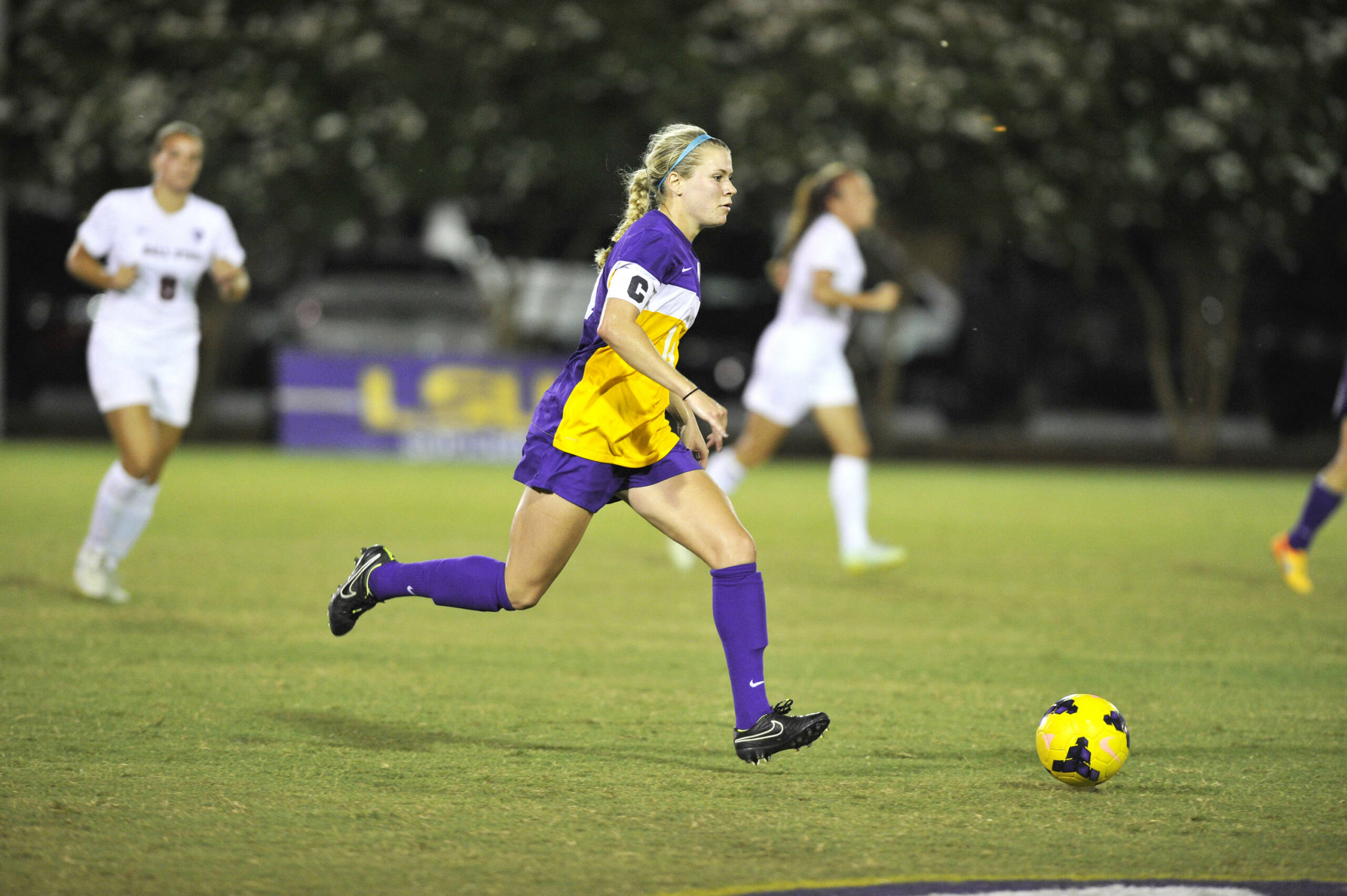 BATON ROUGE – After suffering a heartbreaking 3-2 defeat at 13th-ranked Auburn in double overtime on Friday night, the 24th-ranked LSU Tigers will look to bounce back and return to the win column on Sunday with their trip to Ole Miss as they wrap up their weekend road swing in a match that is set to kick off at 7 p.m. CT on the SEC Network+.

Fans will be able to watch the Tigers in action on Sunday afternoon on the SEC Network+ online digital platform at ESPN3.com and using the WatchESPN app available on all smartphones and tablet devices.

Fans unable to watch the game can also follow all the action on social media as they can receive live updates of the game between LSU and Ole Miss by following @LSUSoccer on Twitter at http://twitter.com/lsusoccer and Instagram at http://instagram.com/lsusoccer and by liking the LSU Soccer page on Facebook at http://facebook.com/lsusoccer.

The Tigers (7-2-2, 1-2 SEC) have returned to the national rankings for the first time in more than two years on the strength of their three-game winning streak heading into the weekend that featured a 1-0 victory over then 15th-ranked Duke on Sept. 13, a 4-3 comeback win over Georgia for their first SEC win of 2015 on Sept. 17 and a 5-1 thrashing of Marquette last Sunday afternoon.

They saw their three-game winning streak snapped on Friday night with a 3-2 setback in double overtime at Auburn for their second such defeat in league play this season. The Tigers also suffered a narrow 3-2 double overtime defeat in their SEC opener at Alabama back on Sept. 11 before picking up their first conference win with a 4-3 comeback victory over Georgia on Sept. 17.

The Rebels (7-2-2, 1-2) enter Sunday’s match fresh off their first league win of the campaign after they came from two goals down at halftime to defeat Alabama by that same 3-2 margin at the Ole Miss Soccer Stadium on Friday night. It marked the first time in the history of the Ole Miss program for the Rebels to erase a two-goal deficit at halftime in a match and come away with the victory at full time.

Freshman forward CeCe Kizer and junior forward Addie Forbus both found the scoresheet in the second half for the Rebels as Kizer scored her 10th goal on the season and Forbus netted her seventh goal of the year to lead the comeback. Their 17 goals makes them the No. 2-ranked scoring tandem in the NCAA for the 2015 season.

Sunday’s match is sure to see goals as the Tigers boast the NCAA’s No. 1-ranked scoring duo this season as junior Summer Clarke and sophomore Jorian Baucom have accounted for 18 of the team’s 27 goals through 11 matches on the year. Baucom scored her team-leading and career-high 11th goal of the season at Auburn on Friday night to tie her for the top spot on the NCAA’s scoring charts in 2015, while Clarke has added seven on her own to also rank among the NCAA’s Top 20 goal scorers this season.

There is not a more tightly-contested derby on LSU’s scheduled than that with Ole Miss as the Rebels own a narrow 9-8-4 edge in 21 matches played in the series that dates back to the 1995 season. The teams renew a rivalry on Sunday after not facing one another during the 2014 season as Ole Miss has won each of the last two meetings by a 1-0 margin.

The Tigers last claimed victory in the series in Oxford on Oct. 19, 2012, when they came from two goals down at halftime to earn a 3-2 win in extra time as senior captain Alex Arlitt scored two goals as a freshman.

After battling the Rebels in Oxford on Sunday afternoon, the Tigers will return home each of the next two weekends when the will face the Vanderbilt Commodores on Friday, Oct. 2, and the Missouri Tigers on Friday, Oct. 9, in a pair of matches that are scheduled to kick off at 7 p.m. CT on the SEC Network+. The Tigers are unbeaten at 6-0-2 in their eight matches played at the LSU Soccer Stadium this season.