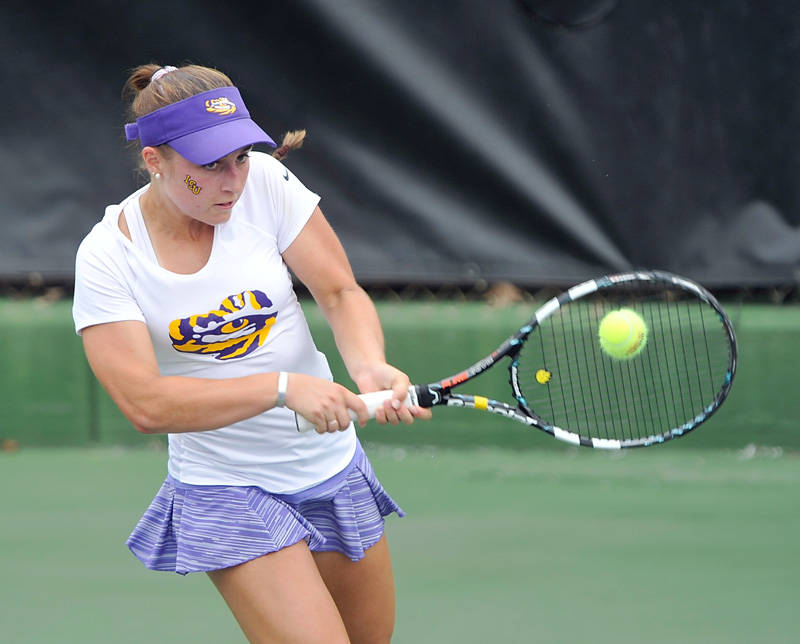 EVANSTON, Ill. — The LSU women’s tennis team started out strong as all five Lady Tigers advanced to at least the second round of competition and combined for eight wins during the first day of competition at the Wildcat Invite.

“We had a very solid start today,” co-head coach Julia Sell said. “We won eight of our 10 matches today against quality opponents and played very smart tennis. Tomorrow we want to build on some of the area that we focused on today.”

After earning a bye in the first round, Kuykendall defeated Renu Sharma of Eastern Michigan 6-2, 6-1. Holloway earned a first-round win over Ani Gogvadze and advanced to the quarterfinal after retirement of Northwestern’s Alicia Barnett

The Lady Tigers rounded out the day with doubles wins. Foster and Holloway partnered up to defeated Gollhofer and Blanco of Ball State, 6-3. Kuykendall and Owens won their opening round match against Natsumi Okamato and Ma but fell in the second round, 6-8, to Northwestern Brooke Rischbieth and Jillian Rooney.